Should Australia and NZ ride out the pandemic in their bubble, or is it time to open up?

Has isolation helped Australia and New Zealand weather the pandemic storm better than most? Leslie Cannold says yes — and no.

Today: should best buddies Australia and New Zealand stay in their comfort zone, or should they open up to the world?

Yes: if it ain’t broke, don’t fix it. No: we can’t stay isolated from the rest of the world.

The image of the 50,000-strong stadium crowd for a performance of Kiwi band Six60 was seminal. It was also — in the heat of a global pandemic that so far has mowed down more than more than 3.5 million people in more than 220 countries — a thumbed nose at the rest of the world’s approach to managing COVID-19. “Next time they tell you it’s impossible,” the band posted online, “show them this.”

It’s hard to argue with success. While both New Zealanders and Australians, particularly Melburnians, have endured the same number of (often stricter) lockdowns than those imposed in the United States and UK, the quality of our lives — in between such miserable bouts of forced joblessness and what for many is the equivalent of solitary confinement — is wonderfully different.

Americans and Britons slink about guiltily for brief snatches of time between successive viral waves and the recommencement of often half-hearted lockdowns, but when we get out we’re free.

Even Melbourne has had periods since February 2020 of near-total normality. No masks, no restrictions on returning to work or kids going back to school, and dinner parties with friends thankfully replacing long, unhinged conversations with the poor man who pulls our takeaway coffee.

Most importantly, we could do this without fear because when lockdown ends it’s because there is no community transmission. Nada. Zero. Zilch.

This contrasts favourably with the endless trepidation-filled calculations about risk and reward that have become part of everyday life for my American and British friends and colleagues. Should we risk grandpa’s 80th birthday at a restaurant? Go back to the gym, with or without a mask? What about that play or study date requested by the kids, even if not all the classmate’s family members are vaccinated?

The Economist says Australia and New Zealand can’t “hide” from COVID, while describing the containment measures that have given most of a normal life a “success”. It says we need “a plan for reopening to the world” without acknowledging that we have one supported by 73% of the population. Namely, that we’ll open after the entire population has had a chance to be fully immunised.

For Australia that means the middle of 2022 if we don’t pick up the pace of our lackadaisical rollout. And no additional “variants of concern” spring up that evade the vaccines’ protection. Variants, it must be said, that we have no hand in creating but are being pumped out by countries like the US, UK, India, Brazil and South Africa that have — or have had — uncontrolled spread.

All this to say: what’s with the sour grapes? Rather than assert that successful measures like border closures and lockdowns aren’t sustainable, the world should be thanking countries like Australia and New Zealand for keeping the virus under control on our patch and, occasionally, helping out our Pacific neighbours, too.

We are not and have never been part of the problem. As our vaccination numbers rise, we’ll be part of the solution.

The “Roadmap to Reopening” report from the Open Society Common Purpose taskforce at the University of Sydney has warned of the costs if our “Fortress Australia” mentality persists.

“If Australia is not ready to reopen effectively when the world recovers from the worst of the pandemic, we face enormous dislocation socially and prolonged pain economically,” the report reads. “We need to move from the anxiety of the last year to a more confident and outward-looking future. If we do not, it is no exaggeration to say that young people, in particular, face a lost decade.”

It’s not just young people who have suffered disproportionate costs from the crude public health measures we’ve been forced to impose to stop older ones dying. Lockdowns have devastated artists, yoga teachers, restaurateurs, tourism operators — as well as our universities which, since being defunded by successive federal governments starting in the 1990s, have come to depend on revenue from international students to pay the bills.

Then there are those with existing mental health concerns that the shock and economic devastation of the first lockdown knocked over almost immediately, to be followed by a whole new group of Australians seeking mental health support for the first time. Not to mention the rise of disturbing levels of discrimination against Asian, and particularly Chinese, Australians.

It’s madness. But now with Australia and New Zealand at the top of the league tables of nations that have successfully defeated the virus, it’s time for us to prepare — emotionally and policy-wise — to open up.

Luckily the hazards are low, particularly once high-risk groups in the community have been fully vaccinated. UK data supports this, with few unvaccinated adults ending up in hospital, and those who do being younger and therefore unlikely to die from the infection.

In the next few weeks, once British experts are sure that the link between catching Covid and getting severely ill has been broken, the UK will open up. Hopefully for good.

We in Australia must learn to live with COVID too. Eradication is not a realistic goal if we want to go back to travelling for pleasure, business and seeing loved ones, and just generally being part of the wider world. As Virgin Australia’s chief executive Jayne Hrdlicka said in mid-May: “Some people may die, but it will be way smaller than with the flu. We’re forgetting the fact that we’ve learnt how to live with lots of viruses and challenges over the years, and we’ve got to learn how to live with this.” 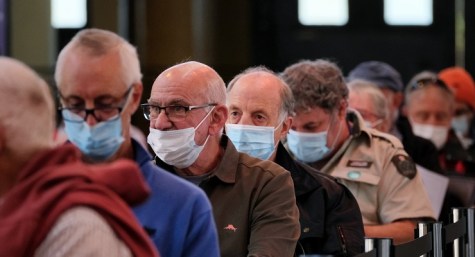 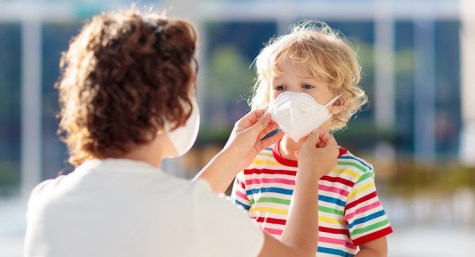 We must decide whether COVID-19 can be eradicated in Australia 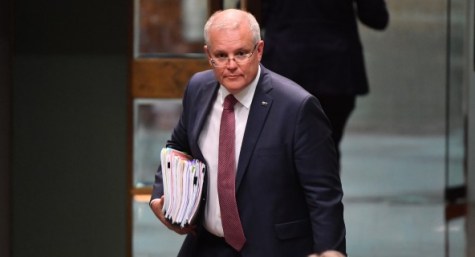 “If Australia is not ready to reopen effectively when the world recovers from the worst of the pandemic, we face enormous dislocation socially and prolonged pain economically.”

Prolonged pain economically – like how we have done better economically than every other country apart from, whoops, China? That sort of economic pain? Oh stop it, it’s too much to bear.

”When the world recovers from the worst of the pandemic” – ah, there you have the nuts and bolts of it. I suspect we will be calling this at different times. The authors of this doomsaying report might nominate next week. Me, I’d give it another year at least, provided this plays out as expected, or a lot more if it doesn’t.

I expect Dr Cannold is for the Yes case. We aren’t really being hard done by for a few years of our lives, so why would anyone think it is a race to open up? It is however a race to get vaccines out. If only someone would tell the government.

Imagine not being able to go overseas for a couple of years, oh the horror! How will I make my friends envious now?

When the next pandemic comes around – and it will – we will be the example the world looks to as to what they should do. Ringfence, trace, quarantine.

Unless we’re all so broke we’re living in caves, but that would still be a valid example.

Many of the problems we have encountered have been the result of our own policies pre covid19. Low wages in age care, backpacker rural workers, etc. A case of our inequality coming around to bite us.

Also it would help us if we had a system of vaccine delivery such as the one we use for the annual flu jab. Oh, hang on, we do!

I was not aware that there is a large cohort of people who feel it necessary to holiday abroad, and have no concern for global warning.Or is this just the business community?

… addendum to my previous comment that may get posted:
The statement of Virgin Australia’s chief executive Jayne Hrdlicka ““Some people may die, but it will be way smaller than with the flu…” is misplaced, because the COVID-19 deaths will be in part an addition to the flu, even if it is a “… way smaller number”, and the flow on effect impact impacts our hospitals and others requiring intensive care. Nevertheless, I will never shrug my shoulders and say to my friends and family “Oh, well, some of you may die” by being premature and demanding non-essential travel and border openings. I will always be guided by the health experts.