The world according to Peter Dutton. What drives the man who would be prime minister?

Now he's ready to strut the world stage as defence minister, it's a good time to look at just what makes this ambitious man tick.

Peter Dutton is still setting out his stall in his new role as defence minister. But according to Niki Savva’s column in The Australian today, given Scott Morrison’s lamentable performance over quarantine and vaccination, as well as concerns over his apparent “Labor lite narrative”, that may not be all:

There is growing hope inside the ranks, including among those who couldn’t vote for him in 2018, that Peter Dutton will use his status as a conservative standard bearer and his considerable internal power to quietly at first, then more publicly if necessary, branch out into other areas, including the economy, to at least provide a stronger Liberal flavour to a Labor lite narrative.

But of course, we already have reams of public material setting his views on the world.

On Anzac Day, Dutton was on ABC’s Insiders insisting that conflict with China over Taiwan “should not be discounted”. He urged Australians to be realistic about China militarising bases across the Asia Pacific.

This joins talk from his former Man Friday at home affairs, Mike Pezzullo (who must have forgotten he hadn’t yet moved to Defence with Dutton), sending an Anzac Day message to staff floridly warning that “free nations” might again hear the “beating drums of war” (presumably just before he blessed the rains down in Africa).

After the director-general of ASIO singled out right-wing extremism as a terrorism threat in Australia, Dutton decided the real problem was “left-wing lunatics” — like that famous woke brigade Islamist terrorists.

Given Islamist terrorists are religious fundamentalists — with all the loathing of LGBTIQ people, oppression of women and opposition to the separation of church and state this implies — this is, as Bernard Keane put it at the time, a novel interpretation.

One of Dutton’s first acts as defence minister was to target the morale slump in the armed forces, and remind soldiers the government “has their back”. This followed the horrifying allegations of the Brereton report and appeared to respond to concerns from the Liberal Party right that the army had become too “woke”, by banning death symbols, stripping meritorious unit citations from special forces and, somehow related, hiring a twerking dance troupe at the dedication of a warship. 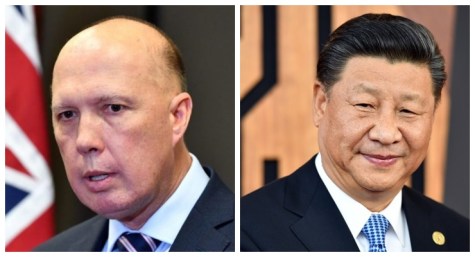 Confirming this approach, earlier this month Dutton issued a ban on “woke agenda” events like changing language protocols and morning teas for causes, such as the International Day Against Homophobia, Biphobia, Interphobia and Transphobia (IDAHOBIT).

“Defence represents the people of Australia and must at all times be focused on our primary mission to protect Australia’s national security interests,” he said. “We must not be putting effort into matters that distract from this.

“To meet these important aims, changing language protocols and those events such as morning teas where personnel are encouraged to wear particular clothes in celebration … are not required and should cease.”

Man of the world

Then, of course, there were the months and months he spent as the primary spruiker of the confected “African gangs crisis” in Victoria leading up to the state election in 2018 — which may not have shifted a single vote to the Libs, but did have some concrete effects — and the time he said it had been a mistake to let Lebanese people into the country in the 1970s.

He has gleefully called deporting New Zealanders “taking out the trash“, but also went out of his way to ensure their NRL team could get into the country despite our locked borders. His views on refugees from any country are probably most pithily summed up by this contention in 2016: “They won’t be numerate or literate in their own language, let alone English. These people would be taking Australian jobs, there’s no question about that.”

It’s strange he’s so hawkish on China, given you could almost swear he admires the way it goes about things — he has said parliament is a disadvantage for government and is extremely keen on surveillance up to and including what pornography citizens watch.

After making a right royal hash of his response to the alleged rape of Brittany Higgins (calling it “he said, she said”), he responded by threatening to sue Greens Senator Larissa Waters for calling him a “rape apologist”. She apologised and he backed off, but unemployed refugee advocate Shane Bazzi has not been so lucky.

For a time in August 2018, he thought a lot of people — in his party and out of it — wanted him to be prime minister. In neither case did this turn out to be true. 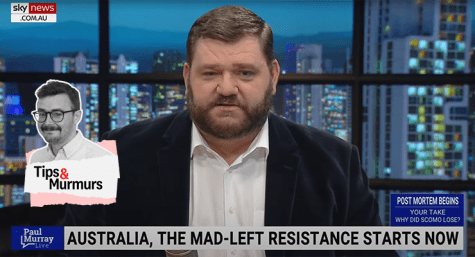 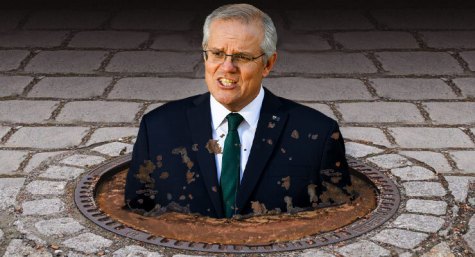 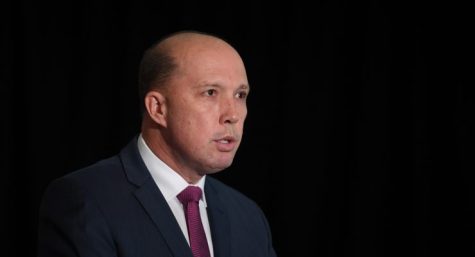 Agree..sad indeed ,,and even sadder for us all..

Joh for PM redux. Sure, there was a 30% core of people who idolised the late criminal Premier of Queensland, but there was a 70% margin who despised him. Interestingly the individual who is the subject of this story was a protege of the late Sir Terrence Lewis – the criminal commissioner of Queensland cops. Of course this individual would never stoop to implying guilt by association… would he?

Dutton said “Defence represents the people of Australia and must at all times be focused on our primary mission to protect Australia’s national security interests… We must not be putting effort into matters that distract from this.”

Curious. I thought the common folk were represented by Parliament? Well, you learn something every day. And Dutton’s insistence that Defence’s mission excludes… well, it looks like almost anyone not white, straight and male is out in the cold… gives a clear picture of who are “the people of Australia” in his world, and who are not.

aaaw i dunno about all of that ..i reckon they’d be more than a few white straight males that he’d like beaten the sh*t out of in a police cell…I’d probably have a good chance more than not of being one of them 😉

Look on the bright side – without the Queensland police state of the 1970s, we might not have had The Saints, The Left Overs and The Go Betweens. Maybe Dutton’s rise will herald a new era in Australian punk rock? Every cloud has a silver lining …

People should view “Spud” as a relic of the bad old days of the last century, particularly as it related to Queensland Police (remember the Fitzgerald Royal Commission into Queensland corruption).

He certainly has prospered……