The prime minister played the media and business community like fools throughout 2020, and almost got away with it. But failure on the vaccine rollout has left him exposed.

On the face of it, it seems like Scott Morrison made a complete transformation — from “we can start treating COVID like a bad flu” reopening pragmatist to “I’m not going to take risks with Australian lives” — some time in April.

While Morrison certainly changed his publicly facing stance after Mark McGowan’s landslide win in Western Australia, that timing was more likely coincidental and ignores Morrison’s penchant for dishonesty and willingness to do virtually anything to get reelected. 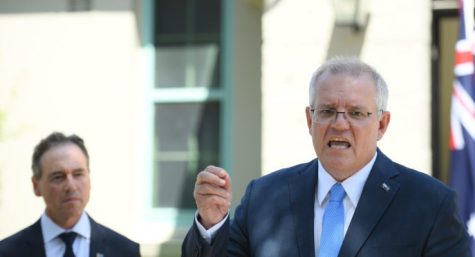 Morrison played the media and business community like fools throughout 2020. Ostensibly taking a pragmatic approach, the former Tourism Australia head regularly criticised the length and severity of the Victorian lockdown. Back in September, the ABC claimed Morrison had “applied the blowtorch” to Victorian Premier Daniel Andrews, warning that “it will be important that more be done in the weeks ahead to safely ease more restrictions”.

But Morrison was always playing a very convenient game and was largely able to get away with it. The Liberal leader publicly criticised the state premiers (Labor leaders Andrews and Annastacia Palaszczuk in particular) for their strict elimination approach, while at the same time reaping many of the political benefits of that difficult elimination strategy for himself.

Morrison also got the added bonus of appearing to corporate donors to be a business-friendly Liberal PM. He was playing both sides like a Cold War Soviet spy. I suggested as much back in August when Victoria moved to harsh stage four restrictions, questioning whether “the unprecedented restrictions on Victorians [were] forced by the federal government with pressure from other states? A moribund Victorian economy run by a Labor government also gives Scott Morrison, the master marketer, a handy patsy for his government’s own failures”.

But Morrison’s underlying actions always showed he was running a shell game. The federal government quietly withdrew from Clive Palmer’s Federal and High Court legal action challenging the dubiously constitutional decision to shut the WA border. Without federal government backing, Palmer’s claim was doomed to fail before a quasi-legal and political High Court.

The prime minister could also have used various funding powers such as GST apportionment or discretionary grants to pressure WA or Queensland to open borders more rapidly during 2020, but again chose not to, instead offering shallow criticism of the Labor state leaders.

Morrison probably would have got away with playing both sides if he’d had a bit more luck with AstraZeneca and been able to secure a few million more Pfizer doses. But the vaccine supply failure forced him to change tack rapidly, quickly reverse-ferreting from border dove to the more familiar “stop the boats”, while encouraging fear of COVID-19 among Australians.

Morrison and Greg Hunt, along with the increasingly foolish-looking decision of the Australian Technical Advisory Group on Immunisation, have been the key reasons a third of Australians are refusing to take the AZ vaccine. But the PM is playing a risky game. While a Newspoll appeared to support his Fortress Australia gimmick, with 73% of people apparently favouring keeping borders shut until mid-2022, that number was contradicted by both a Lowy poll and a Courier-Mail web poll, both of which indicated upwards of about half the population supported allowing vaccinated travel.

Last week a Growth Intelligence Centre poll found almost half of vaccine-hesitant Australians would get vaccinated if quarantine restrictions were lifted.

Meanwhile, Morrison is being attacked by not only the left, but also the right, with Janet Albrechtsen and Andrew Bolt highly critical of his fortress stance. On top of that, he is the only Australian leader not to see a material “wartime” poll bounce during COVID, with the government still behind on a 2PP basis.

Perhaps Morrison will prove that it’s not only nice guys who finish last.

Adam Schwab is the co-founder of Luxury Escapes, a Melbourne-based travel company, a regular contributor to Crikey and a board member of Private Media, the publisher of Crikey. 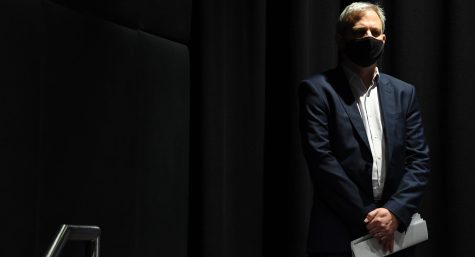 Once upon a time the PM listened to medical experts. Now he listens to election drumbeats 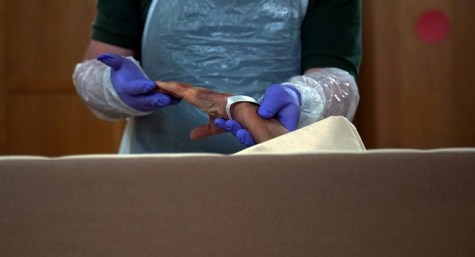 Under-40s given a shot

The High Court of Australia is “quasi-legal and political”?
That’s quite a breathtaking comment to make; all the more so without offering a shed of evidence to back it up.

Any high school English teacher would have a field day marking this.

On the plus side though, it’s wonderful to see Adam not writing a “Health” article and the Crikey editors informing their readership of Adam’s position as a board member of the company that pays their wages.

And marking this one too: The federal government quietly withdrew from Clive Palmer’s Federal and High Court legal action challenging the dubiously constitutional decision to shut the WA border.

I have repeatedly insisted to them via email that they should provide his interest disclosers if he isn’t going to talk about corruption.

It is also worth considering the implications of what Schwab considers the Prime Minister’s control over GST distribution is in this statement: “The prime minister could also have used various funding powers such as GST apportionment or discretionary grants to pressure WA or Queensland to open borders more rapidly during 2020”

“But Morrison was always playing a very convenient game and was largely able to get away with it. The Liberal leader publicly criticised the state premiers (Labor leaders Andrews and Annastacia Palaszczuk in particular) for their strict elimination approach, while at the same time reaping many of the political benefits of that difficult elimination strategy for himself.”

Much like yourself, eh Adam? Takes one to know one? You used to bang on and on about the success of Sweden’s herd immunity experiment, and used to rant about how stage 4 was too harsh in Victoria…

But now, it seems like you’ve quietly decided that things are, uh…different! And that your back catalogue (including your allusion to Joseph Heller), was written by…someone else!
You never criticised Dan, no, never.

..and Morrison didn’t play the media for fools…it was a 101% willing symbiotic fools tango for both parties to disinform/misinform & uninform as much of the electorates as was wanted & needed for a LNP victory..

Nice disavowal of knowing anything about all the Schwabbing over the last year.
Hark, the cock crows – once, twice, thrice!

Like NewsCorp et al garner and maintain support for the LNP government, they can also withdraw that support quite quickly vs. continuing to flog a dead horse that is on the nose and surrounded by flies; although hasn’t stopped Sky AD in still promoting Trump’s lies, conspiracies etc.

Surprised Adam Schwab is getting any negative comments. Usually being critical of Scott Morrison is enough to get your praises sung all day long on crikey.

Re fortress Australia, for what it’s worth I think the “73% of people apparently favouring keeping borders shut” are largely the leaners and not the lifters. Our lives begin at the end of their fears.

Our lives begin at the end of fear. Really? Please go & live in India. Or Nepal. Try living without fear there. The pandemic continues to expose monsters. Lifters you say? Leaners being the elderly too worn out from lifting YOU & your generation up so now disposable? GO TO EMPATHY CLASSES. YOU NEED THEM.

No doubt you see your self as a lifter. I see you as a greedy fool lacking any empathy.