What’s the business case for the Kurri Kurri gas plant and why can’t taxpayers see it?

It comes with a $600m price tag, but it will be months before taxpayers learn about the energy project they're helping to bankroll.

Taxpayers are helping bankroll Australia’s most unwanted energy project with $600 million. But apparently we don’t have the right to see exactly what we’re signing up for.

Snowy Hydro, the government-owned energy company, is staying tight-lipped over the negotiations to secure the site of the proposed gas plant in Kurri Kurri, in the Hunter Valley.

The plant, confirmed four days before the state byelection in the Upper Hunter, will go ahead despite experts saying it makes little commercial sense.

Labor has demanded the Morrison government release the business case urgently, saying the proposal doesn’t stack up. But at a Senate estimates hearing last week, Snowy Hydro CEO Paul Broad said it would be “the next couple of months” before a business case was available to the public.

Questions are being asked about potential conflicts of interest inside Snowy Hydro, and connections between those involved in the deal. 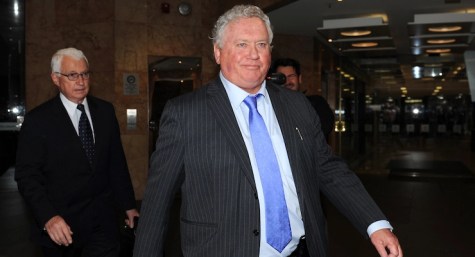 Broad revealed he has known the owner of the site since the pair went to university 40 years ago. That person is Hunter Valley property developer Jeff McCloy, better known for admitting to ICAC he handed out tens of thousands of dollars in secret donations to Liberal candidates, and felt like a “walking ATM”. He later, unsuccessfully, tried in the High Court to overturn a NSW law banning developers from making political donations.

McCloy’s company, McCloy Group, part-owns the Kurri Kurri site, which is being redeveloped from an aluminium smelter. Broad told Senate estimates he had recused himself from discussions due to his association with McCloy, and said Snowy Hydro was interested in the Kurri Kurri site “long ago”.

McCloy was mayor of Newcastle for 23 months before a corruption scandal unseated him in 2014. During this time he enlisted Broad, then managing director of the Hunter Development Corporation, to participate in a “secret” master planning group of developers and elected officials plotting the future of Newcastle.

There are plenty of questions circling the gas deal, including how far back negotiations go.

Crikey can reveal minutes from a Regrowth Kurri Kurri community reference group meeting suggest discussions between Snowy Hydro and McCloy Group began before the government’s announcement about the plant on September 15, 2020.

“This is an arrangement between Snowy Hydro and the McCloy Group,” Richard Brown, the managing director of Hydro Kurri Kurri, the site’s original owner, told an October 20, 2020, meeting.

“The agreement that … until the project was actually red hot I suppose, and that they were genuinely interested in it or were going to do it, [it] was going to be kept confidential but I don’t think that got to the prime minister.”

Crikey asked Snowy Hydro how far back negotiations with McCloy Group went, and what measures were in place to deal with potential conflicts of interest. It also asked if any other conflicts of interest had arisen relating to the project and whether it would make these declarations public.

Snowy Hydro referred Crikey to the evidence provided by Broad to Senate estimates and said it had “nothing further to add at this time”.

It’s another round of questions for a project that has so far been unable to stand up to scrutiny.

Do you think the government is justified in keeping the business case under wraps? Let us know by writing to letters@crikey.com.au. Please include your full name to be considered for publication in Crikey’s Your Say section 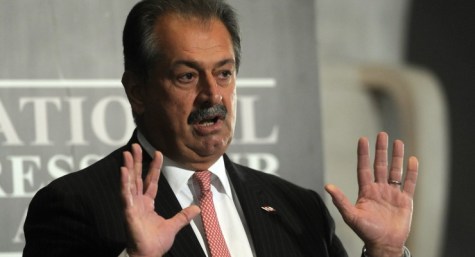 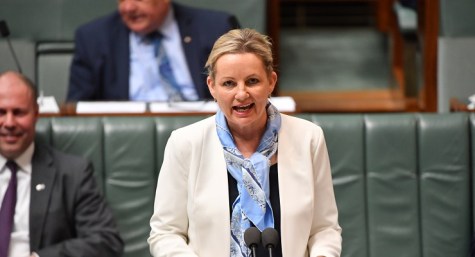 Do environmental approvals for gas projects mean anything?

Do environmental approvals for gas projects mean anything?

There is no business case. It is wanted by some very powerful Liberal backers with deep pockets as part of a strategy to as far as possible lock fossil fuels into the Australian economy for the next few decades. .

How hideously expensive must the electricity be when derived from a plant expected to operate only 2% of the time and sized ten times greater than necessary.
My bet is that this proposal will slowly disappear over the sunset , never to be seen again

So Broad might be bent? What other credentials do you need to become a Coalition stooge?

The power station itself is only the enabler. The real jewel is the contract with SANTOS to supply gas for the next 40 or 50 years. Everyone knows, from ,McCloy down, this power station cant go ahead and it wont. But when it eventually stops SANTOS will point to the fine print which will say if the govt cancels the power station the good citizens of Australia will happily compensate them for billions of dollars of gas we wont be buying.
Crime of the century.

They will get away with it too. There appears to be no comeback for us, the patsy’s in this deal. Someone needs to go to gaol over this Kurri Kurri thing. Police need to take an interest.