Ana often gets nosebleeds after working at her job assembling mobile phones at a factory in Vietnam. The single mother, who requested a pseudonym for fear of professional repercussions, has also fainted numerous times. “When I feel a little dizzy and nausea I still go to work,” she said. “I may lose a lot of bonus if I stay off work for a day.”

Mobile phones contain a variety of chemical substances, including plasticisers and flame retardants. And while it’s difficult to isolate the health impacts of exposure to these and other chemicals because they are so ubiquitous in our environment, studies have linked their use to developmental, reproductive, brain, immune, and other problems.

A new report published in January found that these health effects are particularly worrisome for women, who are disproportionately exposed to chemicals in the workplace because of their prevalence in chemical-heavy industries, poorer working conditions relative to men, and even biological factors.

Generally, women have a higher proportion of adipose tissue compared to men and, as a result, they are more likely to store environmental pollutants. A woman’s reproductive cycle may also play a role.

The new report, jointly produced by the International Pollutants Elimination Network and the Strategic Approach to International Chemicals Management, notes that women “have different susceptibility to hazardous chemicals in connection with their reproductive cycles” and that they may be more vulnerable to health damage from toxic chemicals “at different life stages such as pregnancy, lactation and menopause”.

Electronics and textiles are among the industries that most contribute to the problem, said Sara Brosché, one of the report’s authors. “These are also two sectors that have a predominantly female workforce,” she said.

Exposure to chemicals is common in other female-dominated industries, too. When Elva Aguilar went to the hospital with chest pain, shortness of breath, and headaches, doctors diagnosed her as having a nervous breakdown. “My breathing was not normal,” she said. “I had to breathe short breaths because, when I would breathe, there was intense pain in the rib cage.”

The 55-year-old, who moved to the United States from El Salvador, had been working as a cleaner for more than a year when she developed a skin allergy, dry eyes, back pain, and digestive issues. Desperate to explain the onset of her symptoms, she sought help at a local health fair, where a chiropractor asked her what cleaners she used. When she listed off the names of some common household products, he suggested another potential cause for her symptoms. “He told me that it could be poison,” Aguilar said. She switched to non-toxic products and said that, while her symptoms have improved, she still suffers from headaches and digestive problems.

“We can’t necessarily pin it to one thing,” said Alexandra Scranton, director of science and research at Women’s Voices for the Earth, a not-for-profit based in Montana that advocates for women’s rights in the workplace and has studied the impact of toxic chemicals on hair and nail salon workers, who are regularly exposed to chemicals in hairsprays and nail glue for acrylic nails. “A lot of the issue has to do with cumulative impacts, which can often get ignored,” she said.

There is very little research into, for example, ‘This group of women who have been exposed to this chemical from X product and they have this health outcome’. That kind of research — which would be great to have — almost never gets done.

There is no global framework to protect workers from chemical exposure, but some jurisdictions are better at implementing protections than others. The European Union, for example, has more stringent regulations than the US and bans certain chemicals that are commonly used in products sold in America.

In January 2019, a bill was introduced in Connecticut to make cosmetics in the state “meet the chemical safety standards established by the European Union”, but it failed to pass. Both the World Health Organization and the International Labour Organization have urged policymakers to prohibit the use of asbestos, and more than 60 countries have banned the mineral. But in the US, it is commonly used in the construction industry (with the exception of New Jersey, which banned asbestos in 2018). Formaldehyde, a chemical listed by the US National Toxicology Program as a known carcinogen, is banned from use in cosmetics in the EU but is frequently used in nail polish and hair-straightening treatments in the US.

Hairstylist Emily Baedeker has worked in the industry for more than two decades. About nine years ago, the Alameda, California hairstylist began to get “crazy migraines” and suffer from fibroids, dermatitis, and thyroid issues.

“The hair colour … also caused my eyes and nose to burn,” she said. Later, she saw an ad in a trade magazine that made her question whether her symptoms were related to her exposure to chemicals.

“The picture was really intense,” she said. “It was a stylist wearing a gas mask and the headline was something like, ‘You shouldn’t have to risk your health to colour your hair’.” Research from as far back as 2009 found hairdressers have a higher risk of cancer than the general population.

Both globally and in the US, women of colour are even more at risk from the potential health effects of chemical exposure, not only because they disproportionately work in chemical-heavy industries but also because they are more likely to live in neighbourhoods with high levels of pollution. Studies show that communities of colour are more often situated next to highways and big polluting industries, such as oil refineries, meat processing plants, agricultural fields, and toxic waste dumps.

Brosche said that more research is needed to understand the health effects of exposure to toxic chemicals and that more pressure should be put on manufacturers to phase out their use. When products are found to have a health impact, she wants manufacturers to be held accountable, including being made to cover the costs of patients’ medical care.

Meanwhile, Baedeker said her experience opened her eyes to the potential dangers of working in the hair salon industry: “I had never once considered what these chemicals might be doing to my body.”

Lucy Sherriff is a multimedia journalist reporting on environment, social justice and communities across the world. She tweets at @sherifflucy. 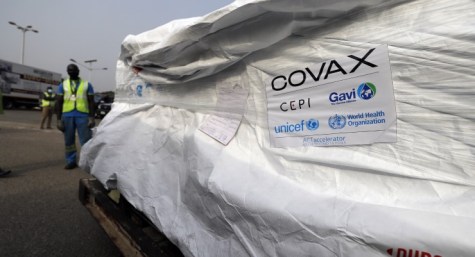 The rich get doses and the poor stay unprotected

Maybe baby: IVF company profits up, but can they last?

We’re our own worst enemies. Toxic crap everywhere you look. My farmer neighbour sprayed the paddock over the river from me three days ago. It all still stinks around here, I feel sick, and the frogs have gone silent in the river presumed dead (again). Happens every year. And nothing I can do because nobody wants to know. We drink tank water off the roof, along with everyone around here including the farmer and his wife and kids, makes you think. Eat bread, do you?

The mouse plague is a direct result of modern grain ‘farming’ – aka soil mining.
The new strains are heavier headed and shed very easily, especially when harvested by old headers so the fields are carpetted with food.
The East’s exceptionally mild summer with above average rain has been ideal given the loss of natural predators due to the 2019/20 Summer of Fire.
We are the authors of our own demise.
And the electorate does not care.

Why the continued use staged stock photos – remember the ‘fake tradie’ with his designer stubble shown measuring from his drill to his foot which was used here for months?
The model’s loose hair, apart from being a no-no in any industrial environment – let alone hi-tek – would be ideal to bring all sorts of exciting toxins home.
Stick to the new ‘cartoons’ as header – cheaper & more relevant.