Thanks to Crikey revealing that George Christensen had joined Amazon Affiliates, questions are now being asked about whether he breached parliamentary expenses rules.

Finance Minister Simon Birmingham and Department of Finance representatives have been questioned over whether MP George Christensen breached parliamentary expenses rules when promoting books for sale on Amazon and seeking donations.

Labor Senator Tim Ayres used a Senate estimates hearing to inquire about the controversial Queensland LNP politician’s behaviour. Earlier this month, Crikey reported that Christensen had joined Amazon’s Associate program, an affiliate marketing program that would give Christensen a cut of any sales made through hyperlinks that he promoted.

At Thursday evening’s Finance and Public Administration Legislation Committee hearing, Ayres asked whether an MP using a service that was publicly funded — like a website (where Christensen promotes his newsletter and Facebook page) or a newsletter service used to send out each email — to promote their commercial interests would violate parliamentary procedures.

“If it is publicly funded through the program that you administer and there is a blatant commercial effort to raise money — unclear whether it’s for personal enrichment or political donations — then is this a legitimate area of public inquiry?” Ayres asked.

The Department of Finance’s First Assistant Secretary, Ministerial and Parliamentary Services, David De Silva, said that while not all MPs’ websites are publicly funded, it would be a contravention of parliamentary expenses if it was used this way.

If the website is funded under the [Parliamentary Business Resource] framework, it can’t be used for a commercial purpose including raising funds.

Ayres said that his office saw on May 6 that Christensen’s website featured a button seeking donations — but that has now been removed.

Christensen’s office did not respond to questions about whether any parliamentary entitlements have been used as part of his participation with the Amazon Associate program.

Christensen, however, clearly noticed that his behaviour had come under scrutiny.

Since Crikey’s article, he has stopped promoting links to Amazon products. He also removed all mentions of the associate program from his Facebook page and newsletter footnotes, and deleted all Facebook posts promoting Amazon listings.

Old newsletters promoting Amazon links remain on his newsletter service and on his Telegram channel.

Replacing his Amazon Affiliate program disclosure message in his Facebook page “About” section, Christensen left a little note for any keen-eyed observers.

“Why are lefty gumps so interested in what I do on Facey?” he wrote. 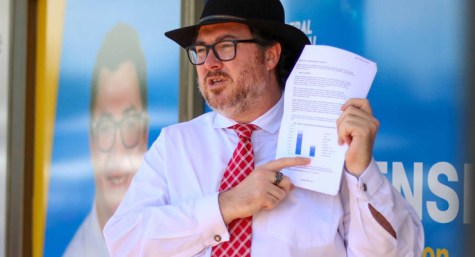 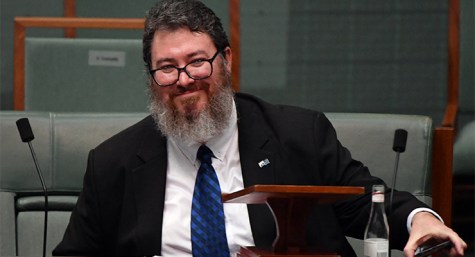 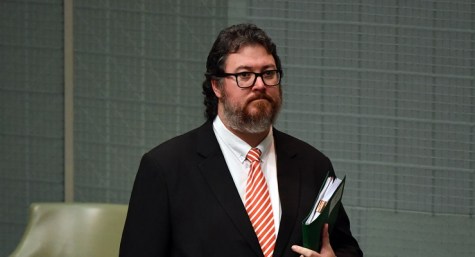 We are more interested in what Fatso does in Manila

I don’t know whether you subscribe to True Crime News Weekly, but this story was a beauty:

He is a very sad and sick little boy.

I’m not really interested in what Fatso does or doesn’t do in Manila but his activities are indicative of a very sick and inadequate personality and yet enough people voted for him to represent them in parliament to really worry me.

He is hardly sad or sick, he’s just a pretty ordinary bloke doing what many blokes do but unfortunately he also sadly is a highly paid member of parliament with a platform for his ordinariness!

“… he’s just a pretty ordinary bloke doing what many blokes do …”
If that is the case then Australian men need to look long and hard at themselves.

Thanks for the news flash – dark under that rock, was it?

Why are citizens interested in what their elected representatives to? Why aren’t we a dictatorship where those in power can act without scrutiny?

I am not sure what you are trying to say, Kel S. Do you actually want a dictatorship?

It’s sarcasm. Pointing out that “lefty gumps” care about what George Christensen does because are are a democracy and we have an interest in what those given the power of political office do with it.

My guess is Kel S was deploying sarcasm. But there’s surely no need for our lords and masters to go to all the trouble of creating a formal dictatorship when they can enjoy almost all the fruits of total power under current conditions: a tame, apathetic and distracted populace; media dominated by active propagandists for the ruling classes; parliament rendered irrelevant; no functioning mechanisms for independent oversight. A coup to seize power would be gilding the lily.

I think Kel S is actually saying that we effectively have a dictatorship under Morrison’s authoritarian regime.

For a start, Representatives are supposed to be representing us. Some of us refrain from trawling questionable bars.

$cotty has all but led us to maybe not a quite a dictatorship but he is taking us well on the road to Autocracy.

The Coalition = Secrets are us.

“The next Australian Ambassador to The Philippines pining : ‘If only Australia had an El Presidente like Duterte? Or if only Scotty had Rodrigo’s powers, he’d sort out these lefty gumps!'”?

If this sort of thing is the worst trouble he can get into despite his other appalling & egregious attitudes and activities that would like getting Capone for tax evasion.
Or Trump for NY planning violations.