Many said that Lukashenko should have gone after last year's protests. Yet he remains. It's time Europe offered Belarusians a way to escape their dictator.

Back in 2011, a few years before he was murdered not far from the walls of the Kremlin, Russian opposition politician Boris Nemtsov had this to say about Belarusian dictator Aleksandr Lukashenko:

Lukashenko is a kind of Slavic [Muammar al-]Qaddafi; in other words, he has no limits. He is a killer, he is a dictator, there are no off-ramps for him, he has burned all of his bridges, he is not in control of himself. And I have this feeling that [in Belarus], a velvet revolution is impossible.

In 2021, Nemtsov’s words ring all the more true, after months of brutal crackdown in Belarus. And with a brazen act of state terrorism to snatch dissident blogger Roman Protasevich out of the sky — imperilling a passenger plane traveling from Athens to Vilnius, Lithuania, in the process — Lukashenko’s bloodthirsty behaviour has gone international.

To understand the threat posed by Lukashenko, one must first strip off the ambiguities of language. Lukashenko is not “the president of Belarus” any more. All of the pretence went out of the window last year, when he openly and brazenly stole the election.

Lukashenko has obviously committed fraud and violence before. The history of his political death squads has been documented. He inspired fear yet kept the proverbial trains running on time, with Belarusian society falling in line. Minsk’s strong ties to Moscow helped the entire dictatorial enterprise keep steady.

Yet with a viable and charismatic opposition candidate running against the dictator last year, his criminal behaviour was so galling that Belarusians took to the streets en masse. Lukashenko’s open mocking of the devastating COVID-19 pandemic didn’t help matters either. His people, genuinely affected by the virus, had had enough.

The protests were brutally put down — Belarusians were beaten, raped, kidnapped, tortured, and given lengthy prison terms. The internet was shut down. Every person with a shred of decency said that Lukashenko had to go. True to Nemtsov’s words, Lukashenko remained. Sanctions failed to make a major impact on his rule. The European community expressed “concern” — the equivalent of the American “thoughts and prayers” refrain — and mostly moved on to other matters.

With the kidnapping of Protasevich, a dissident journalist who was arrested after his flight was grounded in Belarus’s airspace, Belarusian officials have ascended to new highs of trolling and absurdity — a trait they share with Russian diplomats — as they claimed that the threats they used to justify bringing down the plane had come from Hamas.

While Hamas was being forced to deny that it had anything to do with grounding a European passenger plane, a sickening hostage video featuring Protasevich was released by the Belarusian KGB. (Unlike its Russian counterpart, the FSB, Belarus’s KGB didn’t even bother to change its name after the fall of the Soviet Union.)

Protasevich has always been a consistent critic of Lukashenko; he is known for getting thrown out of school in 2011 for taking part in a protest. A dark aspect of all this is that Protasevich was born in 1995. He has never known anything but Lukashenko’s rule of Belarus, which began in 1994.

In the video, Protasevich, whose face is clearly puffy and who appears to be wearing a thick layer of makeup that doesn’t entirely hide what appear to be bruises, says that he is being treated well and is cooperating with the Belarusian authorities.

The Belarusian KGB is known for publishing hostage videos like this — a video of a visibly distressed Svetlana Tikhanovskaya, Lukashenko’s 2020 election challenger, is one famous example. Again, there are no ambiguities here. This is state terrorism, and it’s a message to both Belarusians and the world. The message is simple: “We do what we want. Watch us.”

Whataboutists such as the American pundit Glenn Greenwald have likened the kidnapping of Protasevich to the Evo Morales grounding incident — in which some nations denied the Bolivian president’s plane the right to enter their airspace, possibly because the whistleblower Edward Snowden was mistakenly thought to be onboard, and it was forced to land in Austria to refuel. In doing so, they are essentially arguing that democratic countries weaponise airspace in the same way as Belarus.

The comparison is disingenuous. There was no bomb scare targeting Morales. His plane’s grounding was not conducted as a tool of crackdown against a protest movement, nor did it involve terrorising the passengers of a civilian jet. And even if you disliked the alleged US involvement in that case, how would it justify this one?

But besides hand-wringing, what can be done to aid Protasevich and thousands of people like him? Well, the journalist Ben Aris, who has covered the region for many years, has one solution, and it involves allowing Belarusians to work freely in the European Union.

While some regional experts tried to laugh Aris out of the room, he actually has a point. You can’t challenge Lukashenko without empowering his exhausted and desperate populace. And you can’t empower the populace while it remains hemmed in by his out-of-control regime, behind barbed wire. It’s a subject that requires further debate, but it does make sense.

As to whether or not Lukashenko must be challenged, the writing is on the wall — in blood and glaring neon. Nemtsov was right all along. Lukashenko is not in control of himself — and he is getting worse. Belarus state terrorism will continue.

Natalia Antonova is a writer, journalist, and online safety expert based in Washington DC. 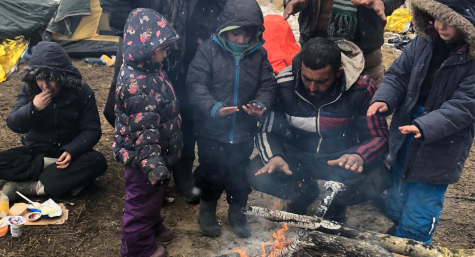 A tale of two borders: while Poland welcomes Ukrainian refugees, children are stuck freezing in a forest 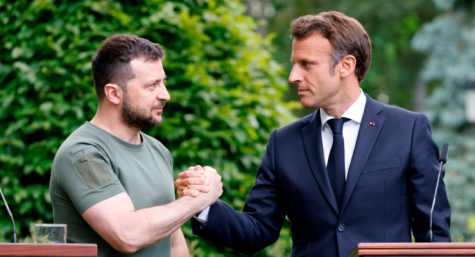 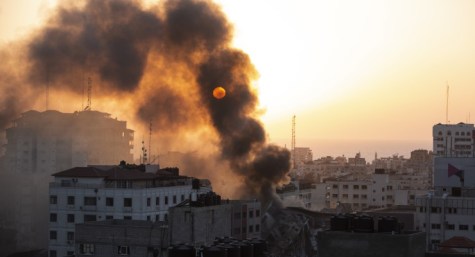 For some strange reason, I find it hard to trust foreign policy experts, even Crikey endorsed ones.

That is my response too, E!, especially after reading an item like this one. For those interested in background, balance and nuanced understanding of the issues covered in this article, I would rate the blog, moonofalabama.org, a far superior reference.

The MoA blog and its host, Bernhard, are domiciled in Germany. Some of its reader comments add depth to its reports. (Its moniker is drawn from a Bertolt Brecht poem, not a Neil Young tune.)

There have been several reviews covering Belarus and Lukashenko on MoA in recent days.

Foreign policy experts usually miss the point or have something to hide, or are on some kind of undisclosed retainer to spout rubbish. Sorry guys, you are on a lower scale than car salesmen and time share spruikers for believability.

I’d believe MoA’s reasoned take on this ( and several others) than this one, that sounds like it was scripted by NEXTA.
As Protasevich had an arrest warrant out for helping organise an aborted coup earlier in the year, not surprising he’s in custody.
Lukashenko is an old diehard redolent of the Soviet era, and his time is coming to an end – but not the way the west wants it.

Considering their solution was to punish the Belarussian people so they are “empowering his exhausted and desperate populace”
I think that is a wise assessment. Imagine spending the whole article saying what horrible conditions these people are in and then your solution being preventing them from leaving. Surely we can do better then that.

Anything heard from the Human Rights Champions to the right of the Speaker in Canberra? Or has embarrassment over Biloela, Collaery and Witness K been too much?

It takes measures of self-awareness, honesty and humility to feel embarrassment. Non-existent qualities in that not-at-all smart (but very sneaky) lot.

Is Julian Assange also considered a dissident journalist? Or is that different because it’s a UK / American government issue?

Or you could assassinate him?

“And even if you disliked the alleged US involvement in that case, how would it justify this one?”
You throw around the word ‘disingenuous’ then immediately after roll this out. The argument being advanced is it was wrong in both cases to ground the planes, vs an argument that one was justified and the other was not. Seeing as you actually do attempt to justify the grounding of Morales’ plane in that paragraph, your objection rings hollow. Exactly what principle are you standing on? Whistleblowers aren’t worthy enough for you? Is it only OK and totally cool if its done to government officials by foreign powers? Or is it ‘someone else did it for goals counter to the side I write propaganda for’?

This outsourced is beneath this place, why is it here?