Does it matter if our political leaders lie?

Do politicians have an obligation to be 100% truthful all of the time, or should we cut them some slack?

Today: does it matter if our political leaders lie?

Yes: Lying is manipulative and disrespectful and Australians deserve better from their political leaders. If not nipped in the bud, it can also destroy democracy. No: We all make mistakes sometimes. Once the record is corrected, we need to move on.

Lying is wrong because it’s sneaky and manipulative. It leaves us dependent on incorrect information on which to base our decisions, and feeling like chumps when we realise we’ve been had.

It is obnoxiously arrogant — not to mention disrespectful — to intentionally deceive someone, whether to deny them the facts they need to assess your true character, or trick them into doing what you want. The liar says: my needs, feelings and projects are more important that yours. You are nothing but a tool for me to use to serve my own ends.

When politicians lie, these same problems arise, but the victims are more plentiful and the arrogance more profound. After all, we elect these people to serve us — an expectation they know about and promise to fulfil. How else can we feel but furious when they lie to us — and then lie about lying — instead?

But the worst political deception goes further than this, destroying the individual and institutional trust on which society and democracy depend.

If the internet has taught us anything, it’s that the real world can be constructed — or deconstructed — around what people believe is true. Or, more precisely, what people are manipulated into believing is factual.

Look no further than the United States where, despite Joe Biden’s clear victory in a free and fair vote, just under a third of Americans believe Trump won only to have the victory stolen from him.

This #biglie as it has come to be known may yet pull American democracy down.

Not because it has any basis in reality — it’s been disproven and contradicted by some of the most relevant and august institutions within the country — but all the lies and sowing of suspicion in the recent past means there is no individual or institution that both sides trust to adjudicate the question fairly and render a verdict that everyone can believe.

This is how democratic systems decline and corrupt authoritarian ones remain standing — by doing things that beef up distrust and make our grip on reality murky. How can we fight for what should be if we’re not even sure of what is and don’t trust anyone to tell us the truth? Better to shut down and log out in disgust.

Those who don’t see any advantage in government by and for the people — a category that ranges from the Kremlin to Fox News — know this. They understand that whether you are confusing citizens with lies or bombarding them with a murky torrent of fact and fiction, the belief in the possibility of truth is the main casualty. When Russian soldiers seized Crimea from Ukraine, Putin said they weren’t Russians. Many months later he agreed without fanfare that they were. As The New Republic has noted, Putin “wasn’t lying in the traditional sense; he was doing something far worse: he was saying that facts just don’t matter“.

We can’t let the “facts don’t matter” brigade get a foothold in Australia. We must call out the lies and, by doing it, insist that truth matters. Because we don’t just deserve the truth — we must have it to protect Australian democracy.

We all lie sometimes. Whether it’s to avoid hurting the feelings of a friend whose arse does look fat in that or — to use the classic philosophical hypothetical — to protect the Jews hiding in the basement when Nazis come to the door, lying is sometimes defensible and occasionally the only right thing to do.

While it’s easy to get high and mighty about truth-telling, the reality of political mistruths and falsehoods is more prosaic than that. A lie requires knowledge and intention, which politicians who get their facts wrong or otherwise err rarely have. Instead, what they’re guilty of is — to use the technical term — cocking up. No one is perfect, though the sanctimony of some commentators sometimes suggests otherwise.

When it comes to mistakes, untruths and embellishments, our current federal leaders don’t have the market cornered. Both sides do it and have for as far back as there is recorded history. And while it’s fair to expect an MP who gets it wrong to say sorry and correct the record, the high dudgeon “put them in the stocks” approach seems a bit naïve and way too old testament.

Our representatives are busy and they get far more scrutiny, and of a more exacting nature, than in the past. More than one has described it as “living in a fishbowl”. While peccadillos as large as marital infidelity were once kept secret by the press corps, today citizen-journalists equipped with cameras and instant/direct access to an audience can and do scrutinise our leaders’ every move. Every word they write or say can be instantly checked for originality and veracity.

Who among us wouldn’t have a bad day every so often under such conditions? Not because today’s crop of politicians is any more casual with the truth than their predecessors, but because our capacity to hold them accountable has expanded and become so much simpler to use.

We all need to take a deep breath. Australia is not the US. Insofar as the US really is at risk of losing its democracy — a Cassandra prediction I’ll leave for another day — the reasons for that cannot be reduced to a single one-term president who did an awful lot of lying.

They, just like the phenomenon of lying, are more complicated than that.

Which side do you think Cannold sits on? And what do you believe? Send your thoughts to letters@crikey.com.au with Both Sides Now: Lies in the subject line. (Please include your full name in order to be considered for publication.) 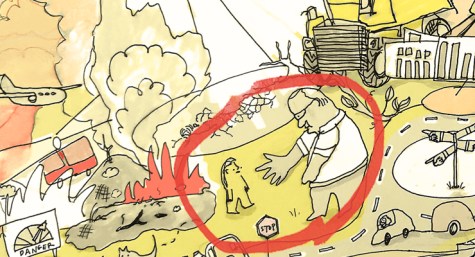 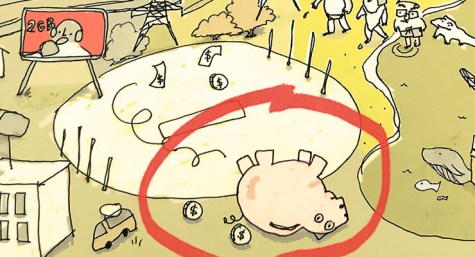 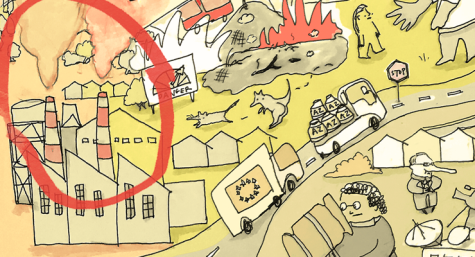 I don’t expect politicians not to make mistakes. It’s a given, something we all do BUT under $cotty’s leadership his government/executive have lied, obfuscated and brought such a low standard of behaviour that even they wouldn’t know a truth if it bit them on their ass.

My problem is that the lies are such a constant from $cotty and his cohort that I’d find it difficult to recognise the truth if ever it were spoken. “A single lie discovered is enough to create doubt in every truth expressed.”

It’s become so obvious that even Tony Smith (their Speaker) is starting to see the needle and the damage done.
…. I wonder of he’s heard about what happened to Bob Halverson…..?

It’s hard to make the case that lying is OK, and I don’t think this piece succeeds. “A lie requires knowledge and intention, which politicians who get their facts wrong or otherwise err rarely have.” That’s not what this Crikey series is talking about. It IS about the sort of lie that ” requires knowledge and intention”, which is a lot harder to justify.

One sentence here: “You are nothing but a tool for me to use to serve my own ends” perfectly reflects what I believe is happening to some journos who have been fooled into thinking any politician in tnis government is their friend.

Yes for Lesley and yes. The ‘No’ case relies on the falsehood that no lie matters because we all do it. Insultingly glib and fundamentally unethical. Every human would be happier and more effective if he or she did not have to waste so much energy on filtering out bullshit.

Morrison’s lies are delivered in the knowledge that he can always count on the Murdoch media and the the talk- back boys to come to his aid. He can ignore the ABC because he has control of their funding. The federal police can be manipulated and the NSW commissioner can take care of his rubbish.
And he will refuse to engage with Crikey.
Why stop lying?