UFOs — or UAP as they are now called — are suddenly legit, and everyone from Barack Obama down is talking about them. Welcome to the conspiracy-rich world of UFOlogy.

Sometimes changes of acronyms reflect more than just bureaucratic nomenclature. Mystery aircraft, which have been seen since humans first took to the skies, are no longer UFOs. They’re UAPs — for Unidentified Aerial Phenomena.

A difference without a distinction, perhaps, but central to how it’s now legitimate to discuss what on earth, or beyond, flying objects, moving at incredible speed and in apparent defiance of basic laws of aerodynamics, actually are.

Three pieces of footage are central to the emergence of UAP as a legitimate topic of public debate — one from 2004 and two from 2015. All are by US Navy pilots, and were leaked online over the last 14 years.

Eventually, last year, the Pentagon released them officially. One shows a small tic-tac-like object moving at high speed over water. Another shows a more complex object travelling, rotating and pausing in mid-air. The third could be a more conventional flying saucer-type object, though could really be anything. And this month, two more Navy videos were leaked.

As a result of a Trump-era add-on to a pandemic stimulus bill, a “detailed analysis” of UAPs by the Office of Naval Intelligence and the FBI is also due with Congress in June. The countdown is on for UFOlogists.

The isn’t the first time Congress has expressed interest in these things. In 2017, it emerged that former Senate majority leader Harry Reid had driven a secret US$22 million program to investigate UAPs and in particular the 2004 footage — one which involved money for defence contractors and friends of Reid, so was indistinguishable from the usual Congressional pork-barrelling. Reid this month claimed that he was told Lockheed Martin had materials from a crashed UAP, but couldn’t confirm it himself. Reid has also suggested the UAPs were not extra-terrestrial in origin but might be Russian.

There is plenty of scepticism about the US Navy footage, and explanations that they are in fact optical illusions. That’s countered by pilots themselves, who speak of seeing UAP routinely while flying, and of being reluctant to report them because of stigma. More senior figures also talk about them. Former senior Pentagon official Christopher Mellon has described a “massive intelligence failure” that unidentified aircraft operate within US airspace.

Now Barack Obama has confirmed that there are objects “that we don’t exactly know what they are” (presumably Barack Obama still has an alien lizard man on his security detail).

If not misinterpreted ordinary aerial phenomena or optical illusions, the most likely explanations are decidedly this-worldly — secret aircraft developed by the United States itself, or by other powers. As critics of Reid pointed out, UAPs could be a new front to hype the threat to US defence interests, and thus stimulate further taxpayer funding of defence contractors.

That’s the most banal conspiracy theory in the rich tapestry of cabals, plots and deceptions that make up the world of UFOlogy. Theories abound both as to their origin — outer space, a hollow earth, various underwater bases (Bass Strait being one), other dimensions — and the willingness of governments, and especially the US government, to cover up their existence, exploit recovered alien technology and neutralise those who might reveal that They Have Already Landed/They Walk Among Us etc.

In fact the existence of UFO conspiracy theories has generated other conspiracy theories: the US UFO conspiracy theorist Bill Cooper, after becoming discredited within UFOlogist circles for using fake documents, then promoted a conspiracy theory that UFO phenomena were being faked by an elite cabal to convince people of an imminent alien invasion, necessitating the establishment of a global communist government. UFO researchers were thus either dupes of this plot, or active participants in it.

Problematically, there are claims by a participant of an actual US Air Force effort to use hoax UFO materials to discredit a UFO researcher who had accidentally observed USAF experimental aircraft. Allegedly.

The military-industrial complex and conspiracy theorists make for a potent mix, especially in our new Trumpian era of conspiracies run amok. That’s before you add the Russians or the Chinese — let along beings from other worlds. Quite why the latter would want to visit us is perhaps the greatest mystery of all. 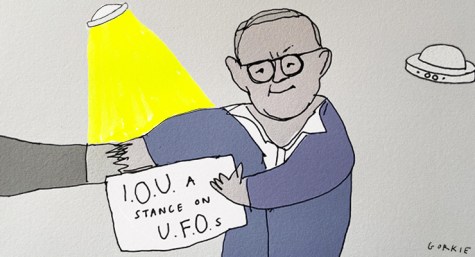 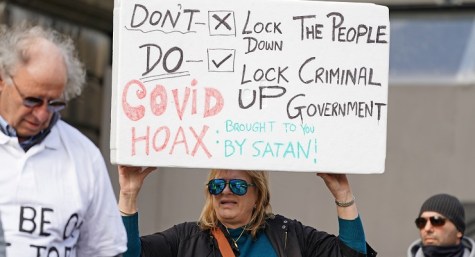 Conspiracy theories are a psychological balm in a precarious world. They aren’t going away any time soon 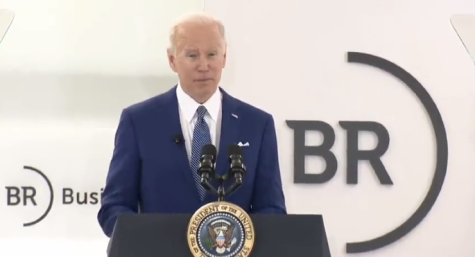 I am always fascinated that the alleged beings from outer-space, who have overcome the tyranny of vast distance travel and who have created incredible flying objects, spend their visits to earth beaming up quite ordinary folks for ‘probing and experiments’. If they’re that developed, why not check out some of our more interesting folks, or perhaps they have.

Yes, it seems unlikely, that such advanced creatures, would undertake arduous interstellar journeys, in order to probe the rectums of farmers from Iowa.

We’re only just learning about the possible existence of the curved space time phenomenon. Who knows what’s possible in future years. With the right knowledge interstellar travel might turn out simpler than we think. One thing is for sure, the yearn to go ‘out there’ is in our DNA (so to speak), so I have no doubt we’ll get there or die trying :-). Always assuming we don’t have another Younger Dryas impact which almost wiped out humans some 13,000 years ago.

I wish we would spend more time wondering what’s down there in our oceans than what’s up there in the heavens.
We are yet to fully discover and understand our closest to be dicovered space

I agree, but it doesn’t have to one or the other, does it?

Maybe they know something that we don’t know

It’s an amerikan thangy, like their blizarre Obsession over Bubba’s behaviour with lubricious cigars.

So you think the recent US President, our current PM, the alleged leaders of France, Germany, Russia and China are just rather unusual humans?

Just for balance…there’s been an enormous drop off in anally probed by alien visitations, and the all around the world plague proportion carnival of dangerous crazy clowns costumes has seemed to have vanished from the electro magnetic communication systems…

Ive always thought since the universe is billions of years older than earth its not too much to think civilisations that are a few billion years more developed than us would be capable of many things way beyond our comprehension. Just think how far we have advanced technology in the last 100 years, and how exponential it is, now add a couple of billion years to that.
Also other civilisations could have developed with different resources and a much higher intelligence on top of those extra few billion years. Easy to see it’s possible.

I entered just 80 years into the Futurescope 2000 along with present data and the result looked like the surface of Mars except for some bits of plastic blowing around. 3 billion years? Probably not.

When I learnt about the sheer magnitude of the universe and about the limitations physical law puts on travel between worlds, it destroyed any sense of wonder that science fiction gave me about space travel.

Of course it might be possible that intelligent life evolved elsewhere in the universe, possible that they developed technology that allows for interstellar travel, and possible they’ve visited our world. Likely, though? Not given the current evidence. Much more likely there are earthly explanations for the alleged sightings, just as it has been for all other claims of paranormal and supernatural phenomena throughout history.

There’s a reason that the skeptic’s mantra is the Humean “extraordinary claims require extraordinary evidence”. Our sense of wonder and our willingness to attribute the unusual to the other-worldly has not given us any substantial proof. A scientific understanding has to fight against the powers of human imagination – it’s amazing that it competes at all!

Unweaving the Rainbow and shoeing Unicorns.

Given the declassified evidence and associated testimony provided to Congress by the Pentagon, it’s apparent that not only are these craft an actual unexplained thing, but that they execute manoeuvres which would normally puree any biological occupants, and antics like hovering in place without creating any detectable sign of propulsion appear to require the ability to manipulate gravity, a suggestion with very negligible plausibility to anyone with a decent knowledge of physics.

As Fran of the YT channel Fran’s Lab surmised, a hard-nosed application of Occam’s razor here actually yields a mind-blowing extraordinary claim: the most plausible explanation for this business is that these craft are manifestations of higher-dimensional objects, which are free to apparently defy the laws of physics because we’re missing most of the picture, like flatlanders boggling at the appearance and disappearance of a 3D object passing through our 2D plane.

This is a really big deal, and I’m annoyed that thoughtful people aren’t more flabbergasted over it. Where are the cosmology channels, talking about what this means for our concept of reality?

Oh yeah, forgot to state the obvious, that manipulating gravity or poking through dimensions isn’t something anyone born on this planet is up to; the suggestion that UFOs are the work of some government or other is ludicrous.

It’s only about 300 years since we ‘discovered’ gravity. We know there’s something flying around defying the laws of gravity as we understand them. Give us another three hundred years and who knows what we’ll be capable of. Always assuming humans make it that far…