A $600 million subsidy for a gas plant in Kurri Kurri makes no commercial sense for the taxpayer, but there are plenty of windfalls for Liberal Party donors.

Has there ever been a project that so neatly fits the government’s political agenda as well as the commercial interests of its mates?

The $600 million subsidy announced for a gas plant in Kurri Kurri makes no commercial sense for the taxpayer, but there are windfalls everywhere you look for Liberal donors.

From the owners of the proposed site through to the Hunter Gas Pipeline and on to the Santos’ Narrabri gas project, there are vested interests as far as the eye can see.

Jeff “walking ATM” McCloy stands to be one of the biggest potential beneficiaries of the plant. The former Newcastle mayor purchased the prospective site, an old aluminium smelter, with John Stevens in 2020.

At the time the pair said the purchase was the biggest of their careers and that the industrial part of the land would be ideal for either a solar farm or a gas peaking plant.

Labor’s Jenny McAllister asked officials from the Department of Industry, Science, Energy and Resources this month whether they were aware that McCloy, a “major Liberal party donor”, owned the prospective site.

“That would be a matter for Snowy Hydro,” department secretary David Fredericks told the Senate estimates hearing.

The gas for Kurri Kurri will likely come from the Santos Narrabri project, delivered via the Hunter Gas Pipeline.

According to The Centre for Public Integrity, pipeline developers Hilton Grugeon and Graham Burns have both been major donors to the NSW Liberals, donating substantial sums over previous years via Hunter Land Pty Ltd, a company they cofounded and still operate.

Santos’ Narrabri gas project would also be a potential beneficiary of increased demand for gas in the area.

Santos is a major political donor, handing nearly $2.5 million in donations to both sides of politics in the last 20 years. In 2017-18 it handed over $95,000 to Coalition branches and slightly less to ALP branches.

The company this month welcomed progress on Angus Taylor’s National Gas Infrastructure Plan, which takes in the Kurri Kurri plant.

The government is subsidising the new gas plant through Snowy Hydro, which is fully owned, controlled and financed by the Commonwealth. Its joint shareholder ministers are Taylor and Finance Minister Simon Birmingham.

At the start of last year the government appointed David Knox, former CEO of Santos, to be the new Snowy Hydro chair.

Also on the Snowy board is former federal director of the National Party of Australia Scott Mitchell, who is registered as a lobbyist for major corporations including Rio Tinto, which has been campaigning the government on energy prices. Rio stands to be one of the only companies affected by the shutdown of the Liddell coal-fired power station, as one of the owners of the Tomago aluminium smelter, which has been powered by it. 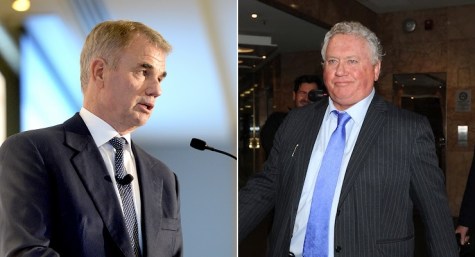 What’s the business case for the Kurri Kurri gas plant and why can’t taxpayers see it? 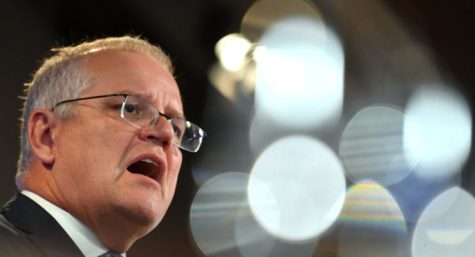 Eddie Obeid wasn’t in their league.

Oh…I don’t know about that!? All tarred with the same brush I reckon!

You’re absolutely correct. Eddie Obeid was a garden variety grifter, working to enrich his own famly, and using spare change to pay off those he needed to. The LNP shut down access to any information relating to how or why decisions were made, and contracted the future beneficiaries of the Covid recovery plan to create the very roadmap that would enrich them.
It’s so demoralising to watch all of this taking place, and especially disappointing that there’s so little public reaction to any of this.

To think, the money being spent on propping up the fossil fuel industry could have actually been used to reskill coal miners, for the inevitable day when their jobs come to an end.

Name me a Fed Govt Corp that is any different!

Government authorities too. AEMO recently had Frank Calabria (Origin Managing Director) on its executive, but they got rid of him, and AEMO is starting to sound much more sensible these days and have spoken against the need for this new gas plant. Where-ever this petro-cabal go they undermine our future for their own self-interest.

Most Australians approve of Morrison and his totally corrupt government because they voted them into power and according to polls look set to do it again. That is simply giving Morrison and Co license for further corruption, lies and spin. Political donation breeds corruption and until it is banned the needs of Australians will always run second. I wish AA would find a louder voice.

Well, it is up to Labor to do something!
In WA we had a Liberal party who did very little in opposition, nobody knew what they stood for, confusing messages and got totally wiped out it will take them many elections to recover.
Labour Party get off your collective bottoms and start acting like an opposition. Needle, question, you cannot rely on the media for much longer or you will go the way of the WA Liberal party.
I appreciate the media landscape is difficult for you but be creative, and you will be in the chase..

Apart from all the other crimes it looks like insider trading is a big part of this. We need an ICAC desperately but maybe there is already a case for a police investigation.
Dont vote LNP.

It should be renamed the LMP – Line My Pockets.