Senator Rex Patrick is challenging in court the idea that national cabinet and the COVID commission are entitled to cabinet confidentiality.

A legal showdown this week could unravel a key part of the Morrison government’s secrecy regime, allowing Australians to finally view deliberations inside national cabinet and the now defunct National COVID-19 Commission.

Independent Senator Rex Patrick is challenging the notion that the national cabinet is a cabinet and entitled to cabinet confidentiality rules. If he is successful, the government will have to release deliberations, papers and outcomes from the national cabinet if requested under freedom of information.

The case is set to be heard before Federal Court judge Richard White in the Administrative Appeals Tribunal tomorrow.

Secrecy has been one of the defining features of the Morrison government, especially during the COVID crisis when some of the most important deliberations have occurred between Commonwealth, state and territory leaders behind closed doors.

But Patrick says this is an abuse of cabinet confidentiality, which he believes can only legally apply to cabinet ministers appointed by the prime minister.

“The PM arrogantly and unilaterally declared the national cabinet to have a secrecy blanket over it,” Patrick told Crikey.

“But that is not appropriate in a system of responsible government where people are entitled to see on what grounds leaders are making decisions.”

The government is expected to argue that without cabinet confidentiality, chief medical officers and premiers would not be able to speak their minds. It has reportedly enlisted a senior barrister, Andrew Berger QC, to fight the case.

The Morrison government’s sweeping use of cabinet confidentiality applies to deliberations inside the Australian Health Protection Principal Committee, which is made up of the Commonwealth and state chief medical officers.

It has also been used to obscure deliberations between its hand-picked group of business leaders at the COVID-19 commission, led by former Fortescue Metals boss Nev Power.

An interim report by the Senate select committee on the government’s response to the pandemic was scathing, saying it was wilfully obstructing access to information.

Crikey, which has highlighted the national cabinet’s questionable use of secrecy, would seek access to some of the following information: 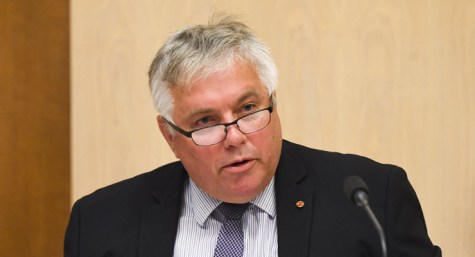 Not so confidential after all: PM’s national cabinet to be subjected to scrutiny 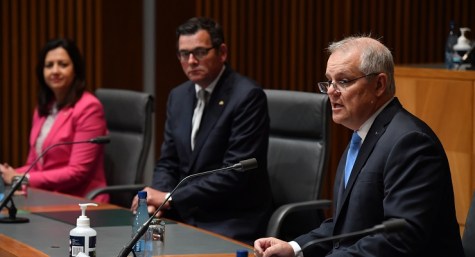 Morrison needs the National Cabinet to be secret. Public knowlwdge would expose his incompetence and what really happened at the March 2020 meeting that sees the states undertaking Morrison’s responsibility for quarantine

We can only speculate because it is secret. I’ll speculate it was more because if quarantine was enforced under the Biosecurity Declaration rather than state law, the government would be liable for compensation under s.108 of the biosecurity act.

Rex Patrick seems to be taking his position very seriously! Good on him for calling out the LNP’s secrecy.

I’m loving this guy though I do recall he had a disappointing vote on something important, all forgiven now with his exposing the shonks! One man opposition!

It was on merging the Family Court with the Federal Court I think. He actually had a reason for his vote though I didn’t agree with him. He’s impressive.

Scottie from marketing needs to have everything hidden from view or else everyone will be able to see just how out of his depth he has been and still is.

Scottie from marketing aka Slomo was not gifted with a sharp intellect ,however, he has been given the cunning of an outhouse rat.

But wherE was the LP ON THIS MATTER?

I thought that Scumo had sorted out the AAP.
Aren’t they all LNP appointed hacks?

This isn’t as partisan as you would think, given there are a number of Labor state premiers who are part of this agreement too.