In the latest chapter of the lawyer's battle against the government, Bernard Collaery is challenging a court order that would shroud his trial in secrecy.

Bernard Collaery will head back into court today to challenge a court order that would require large parts of his trial to be held in secret.

It is the 50th scheduled court hearing in the government’s long-running pursuit of the senior Canberra lawyer, who is being tried over his alleged role in helping his client, ex-intelligence officer Witness K, expose Australia’s illegal bugging of East Timor in 2004.

At the end of March, Michaelia Cash officially took over the role of attorney-general from Christian Porter. Porter repeatedly dragged out and delayed the prosecution of Collaery, earning criticism from three different magistrates about his tactics. Porter even tried to delay Bret Walker SC from joining Collaery’s legal team, leading Justice John Burns to criticise Porter and his department.

Walker is now representing Porter in his defamation case against the ABC — and last week defended Porter’s right to engage barrister Sue Chrysanthou against an attempt to block her from representing Porter in the case. Porter, it seems, is both happy for Walker to represent him, and to defend the right of people to be represented by counsel of their choice, despite his attempt to delay Collaery from engaging Walker.

Human rights lawyers say the Commonwealth Director of Public Prosecutions could stop the prosecution today if it wanted to. They also argue that the ongoing prosecution of Collaery, as well as other public sector whistleblowers David McBride and Richard Boyle, are dangerously undemocratic and an exercise in avoiding political accountability. 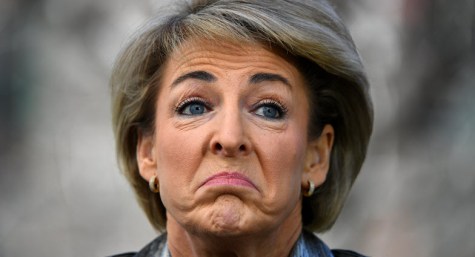 “The Morrison government has refused to publicly admit these shameful acts and apologise to our neighbours,” Kieran Pender, a senior lawyer at the Human Rights Law Centre, told Crikey.

“Instead the attorney-general wants to cloak this case in secrecy, so the government can tell the court one thing and Australian people another.”

But Cash has played down her powers to intervene in whistleblower prosecutions, telling Crikey last week that they have “never been used” and are reserved for “very unusual” circumstances.

And as Crikey has noted, the new attorney-general also has a poor record when it comes to upholding legal processes, given her previous refusal to cooperate with an Australian Federal Police investigation into a crime committed in her office in relation to a bogus raid on the Australian Workers’ Union.

Along with Porter’s, that’s just one of many hypocrisies in the most sordid scandal in recent Australian history, involving an attempt by the current Coalition government to cover up crimes ordered by the Howard government, perpetrated to help political donor and noted employer of politicians, Woodside.

The only good news on this outrageous affair is that Labor has belatedly but pleasingly spoken out against the prosecutions.

Really. Must have been in their usual softly, softly, don’t scare the horses kind of way, because that’s the first I’ve heard of it.

Really? I am tired of this. The media reports very little of what Labor says or does. Would you prefer that they do stunts and sensationalism and marketing? That’s how the Greens and the LNP get media attention. Labor makes serious comments every day but get criticised constantly for not doing it. I will not miss the Crikey commentariat when my subscription runs out later this year after almost 20 years of being a subscriber.

Yeah, really! Constantly blaming Murdoch for not getting their message through, means they have to get creative for a change. PLUS have policies that will motivate the base. And actually a few stunts wouldn’t go astray either, check back to the Gough, Hawk and Keating years. A bit of clever tongue in cheek, derring-do goading might be just what the electorate needs.

Hopefully Porter will be removed at next election. I’ll personally be trying to help with that effort. The Govt as a whole bears responsibilty for this shame !

I think it was Labour that robbed the Timorese. I remember a photo in the papers of a champagne toast on the plane home. Gareth Evans.

ps (my page froze) Robbing the poorest people on earth of their only hope of leaving poverty behind has ensured I never vote Labour. Plus, they took money out of the ABC which is electoral suicide with me.

Try checking some sources. Wikipedia starts its report with this:

The Australia–East Timor spying scandal began in 2004 when the Australian Secret Intelligence Service (ASIS) clandestinely planted covert listening devices in a room adjacent to the East Timor (Timor-Leste) Prime Minister’s Office at Dili, to obtain information in order to ensure Australia held the upper hand in negotiations with East Timor over the rich oil and gas fields in the Timor Gap.

I am so disgusted by this disgraceful action on the part of the present government. Surely people must feel we are better than this stealthy unconscionable behaviour.