While sponsored content is common in the marketing world, it presents certain risks for governments...

Federal bureaucrats have struck a deal with fledgling online news channel Ticker News to spruik its messaging on social media. The Department of Industry, Science, Energy and Resources will run a PR campaign through the channel over two months featuring 12- to 15-minute stories about Australian businesses that have benefited from AusIndustry funding.

The stories will be presented as news interviews with an anchor and will be about how the businesses have “innovated, overcome challenges or pivoted to new territories, and where relevant, how government programs have contributed”, the department said.

Ticker was set up by former Sky journalist Ahron Young in 2019 and uses CNN-style interviews to sell sponsored and branded content via videos that can be streamed online across various platforms.

Young told Mumbrella this week that the business model “essentially turns the editorial into advertising”.

“If you’d said to me ‘editorial is advertising’, I would have freaked out for a huge part of my career, but we have about 70 interviews a day and around half of those people buy their clips after they’ve done the interview,” he said.

While sponsored content, or sponcon, is now common in marketing, experts say it presents a risk for governments since it blurs the line between advertising and news. “If you’re doing informational-style messaging it can be hard to pick up,” Andrew Hughes, a lecturer in marketing at the Australian National University (ANU), said.

“This is where things are progressively moving, these short bits of content messaging, which is nice for marketing but it means messages are buried. The transparency is not there.”

News or not news?

The department said the PR contract with Ticker was a pilot program for a sponsorship arrangement, undertaken in accordance with Commonwealth procurement guidelines and departmental policy.

Young told Crikey that despite the platform’s Sky News image, complete with suited hosts in news studios and, of course, a news ticker, it was not Ticker’s intention to disguise advertising as news.

He said the AusIndustry deal involved a program called Ticker Business, which was “not related to news”. 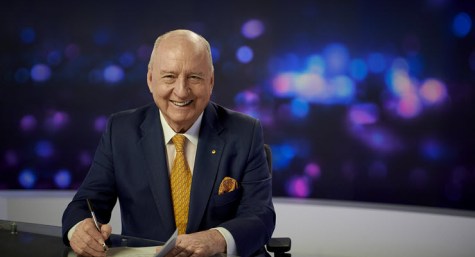 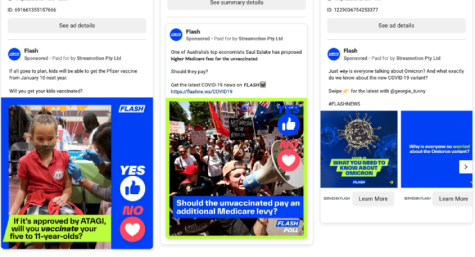