Even as the government undertakes record spending, wages will flatline, with the vaguest of promises that growth will return at some point.

According to the government’s latest budget forecasts, no one’s getting a real pay rise any time soon. In fact, we’re going to go backwards between now and the 2024, despite unemployment plunging to 4.5%.

That means that Australian workers will have entered a second decade of wage stagnation, despite the government’s insistence that it is being driven by a desire to see wages rise.

And remember this is all wages — not private sector wages, which have been trailing public sector wages in recent years. And it’s an average, so many private sector industries like construction, manufacturing and retail will experience even lower “growth”.

That’s why Robert Gottliebsen warning of a “wages explosion” in The Australian is so absurd. If there’s any wages explosion, it will be of the kind that Eric Abetz, during his fortunately brief stint as employment minister, warned of in 2014, right as historic wage stagnation was setting in.

Why is wages growth so poor that workers’ real wages will be falling when unemployment is at a level not seen since John Howard was fending off Kevin Rudd — and while the government is spending over 26% of GDP?

The budget papers provide some insight. Budget paper No. 1 explains:

The near-term outlook is consistent with low wage increases in new federal enterprise bargaining agreements and state public sector wage caps that are expected to moderate the outlook for wage growth over the forecast period. Towards the end of the forecast period, the lower unemployment rate and broader economic strength should see wages begin to pick up.

That’s true, but incomplete: there’s also the federal government’s opposition to minimum wage increases, its support for penalty rate cuts and — speaking of public sector wage caps — its policy of preventing public service wages rising faster than private sector wages. Those factors must have dropped out of the copy at some point.

And then there’s the general shift in bargaining power in favour of employers and against workers, as corporations get larger and unions shrink.

A government with any fiscal discipline might reflect on whether pumping tens of billions into the economy to get joblessness down so low might not be as good an idea as, say, providing subsidies for trade union membership, thereby encouraging workers to rejoin them, and loosening the restrictions around bargaining and industrial disputes. Given the demonstrated links between union membership and wage rises — even for non-union workers — this might do more to lift real wages than massive fiscal stimulus.

The budget papers do flag that “ongoing international border closures may cause labour shortages and place upward pressure on wages in selected industries” but otherwise there’s little joy for workers other than the promise of a juicy 0.25 percentage point increase in real wages — before tax — in the mid-2020s.

Treasury notes in the budget papers that it has recently revised its estimate of the Non-Accelerating Inflation Rate of Unemployment (NAIRU) “resulting in a lower NAIRU estimate that lies within the band of 4.5%-5%”. Once unemployment gets below that level, “wage and price growth become increasingly sensitive to employment growth. However, the extent to which tightening labour market conditions will flow through into wage and price pressures remains highly uncertain.”

So according to Treasury, if unemployment gets somewhere below 4.5-5%, wages might grow. Helpful, isn’t it? That’s because NAIRU is a hindsight-driven, utopian measure of the point where inflation and employment diverge, a point that can’t be identified accurately, only guessed at.

In Australia estimates have been all over the shop in recent years from more than 5% unemployment to 5%, to 4.5%, 4% and now according to the RBA, maybe with a “3” in front of it.

To illustrate how useless NAIRU has been in recent years, from 2016 to the start of 2020 we had the longest and most sustained growth in jobs we’ve seen in decades. The result? Slowly easing inflation, and softening wages growth, enough to make the Reserve Bank cut cash rates to new record lows. The latter is not supposed to happen under the Phillips Curve (of which the NAIRU is a supposedly important part). The Phillips Curve is based on a theory that inflation and unemployment have a stable and inverse relationship. Instead we got remarkably strong jobs growth while wages, for many workers, went backwards.

Explosion? We can only hope.

Are you concerned about wages growth? Let us know your thoughts by writing to letters@crikey.com.au. Please include your full name to be considered for publication in Crikey’s Your Say section. 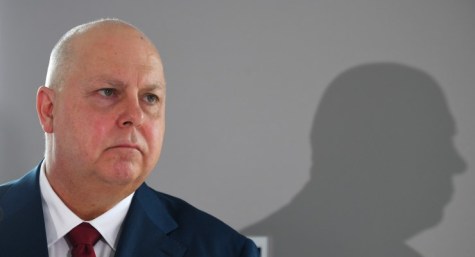 Yes unlike the NZ PM, who knocked back parliamentary wage increases during COVID, our duplicitous PM took his without a second thought

The NAIRU, the Phillips Curve and all the other economic dogma isn’t worth a pinch of salt. Classical economic theory untroubled by any reference to the real world.

If union power hadn’t been trashed, a NAIRU of 4% might be slightly believable, but we don’t have that, and believing in Santa Claus doesn’t mean he is real.

Get off your theoretical podiums RBA and try dealing with the real world where asset prices are off the charts and wages are stagnant.

They, or the ‘theories’ owe more to or even justify dour and deep seated Calvinist Christianity….. joined up with eugenics and class status quo….

There are three areas of public funding that would allow all Australians to live with dignity and bring a measure of equality in our nation. Education, housing and medical care. None of those are funded here to the extent they are in similar countries overseas. I think, in the West, only America is worse in these areas than Australia. All these could easily be addressed by a dynamic, ‘for the people’ opposition, yet they never are!

Get ready, this could already be long term income stagnation when (permanent population) working age is declining in direct proportion to more, or will be, retired population, electorally.

The older demographics will be catered to, as they are already, and more likely to vote for the LNP while working age, youth etc. are thrown under a bus.

This is happening across the world and leading to, not the false nativist division of somewhere vs. anywhere, or citizens vs. immigrant, but more urban young versus regional older generations due to huge native population shifts; gerontocracy and ‘pensioner populism’, the new normal.

I think this might pan out differently than most people think. As the boomers get older and need more care, so the world will undergo a jobless tsunami as a result of AI. It will arrive within ten years. As long as we also have social housing in place (as most of the western world does), we will get through it one way or the other.

AI is not such a threat when working age populations are already declining (proportionally) e.g. Germany passed its sweet spot several years ago; industries have always automated.

Technology or automation are promoted as existential threats to ‘white male low skilled workers’ (i.e. potential LNP voters), along with ‘immigration’ (according to themes promoted by white nationalist media in the US e.g. The Social Contract Press whose editorial was reflected by Trump admin).

However, the long term evidence of automation shifts and impacts is at worst neutral, as observed in first agriculture, and then old industry, where many move upwards and/or have different roles leveraging or due to automation.

I agree AI is not necessarily an existential threat, but it will be a disrupter of immense proportion. Oxford University put out a paper in 2013 on occupations under threat from AI. Of 700 occupations, over 170 fall in the top 90% chance of disappearing.

Driver comes in at 98%. This is one which will hit home literally with 10 years. Autonomous driving is already widely used in mining, factories and warehousing. Extrapolated to wider use (trucks, taxis, etc) over the next 5-10 years and we will have millions of people out of work in a very short space of time. They can’t all be readily retrained into other areas. And drivers are just the tip of the iceberg.

So, while not an existential threat, it is coming and European govts are taking it seriously, some even trialling UBIs. Not so much here…

Most of the EU nations have a social contract that citizens accept i.e. paying taxes for services and community.

Accordingly, one does not see the aggressive Anglo radical right libertarian e.g. austerity etc. campaigns against taxes, government spending, public agencies etc. in Europe (while UK proponents of Brexit caused this austerity angst then were rewarded with Brexit victory by ageing electorates….)

Till recently, e.g. when Howard says this is not the time for (radical right libertarian) ideology. So when is the appropriate time that makes the ideology fit for purpose?

For example, allowing governments the strategies and resources to deal with black swan events versus equipping for ‘war’, ‘border control’ and corporate subsidies.