Women roar, the government listens — to a point

The 2021 budget goes some way to addressing calls for greater consideration of women. But is it enough?

The 2021 budget is a huge improvement for women when compared to last year’s offering. Faced with protests against sexual violence in Australia, allegations of parliamentary sexual assault, and waning popularity among female voters, the Morrison government has moved to increase funding for domestic violence prevention, help women save for retirement, and improve access to childcare.

Many of the changes are limited in scope and pale in comparison to spending measures in other areas. But they will go some way to meeting advocates’ demands.

Funding has been doubled for domestic violence prevention since last year — which, given how under-the-pump frontline services have been, is a welcome change.

Financial assistance will be given to women leaving violent relationships: up to $1500 in cash and up to $3500 in goods and services. The government is yet to support an amendment to the Fair Work Act allowing 10 days’ paid leave for those fleeing domestic violence, as many advocacy groups have pushed for.

Rather than committing to full funding, the government will extend the $10.3 million Temporary Visa Holders Payment Pilot, which helps those on temporary visas escape family violence. A new pilot program to help temporary visa holders experiencing family violence explore visa options that are not reliant on their partner will be funded.

Extra funding is expected “to promote” crisis support service 1800RESPECT, but no dollar figure is given. 1800RESPECT has been begging for extra support as more and more Australians contacted the service following the media storm surrounding parliamentary rape allegations this year. It answered 267,896 calls in 2019-20. The organisation’s budget is based on a fee per call.

Advocacy groups have said an extra $1 billion annual investment is necessary to fill service gaps and invest in the national primary prevention framework to prevent violence.

The Office for Women, which is supposed to be consulted on how policies will impact women but was largely ignored or shunned from key meetings over the past year, will also have its funding slashed — from $25.9 million last year to $18.8 million this year.

The $450-a-month threshold on compulsory employer superannuation payments will be scrapped, meaning those working multiple part-time jobs can bolster their retirement savings — a move which should help bridge the gap between men and women, though only slightly.

It’s set to only cost employers on average a couple of hundred dollars for each employee.

However, superannuation payments won’t be paid on maternity leave. Many advocacy groups have lobbied for new parents to be paid superannuation at the rate of the national minimum wage, totalling around $1400 if the full 18 weeks of leave is taken. The cap on how much people can put into their superannuation will also not be lifted, which would have helped accommodate women taking time out of the workforce.

Those aged over 60 will now be able to make a one-off contribution to super of up to $300,000 from the proceeds of selling a home, instead of waiting to 65. Women have been more likely to make this contribution as they downsize homes.

Those aged between 67 and 74 will also not have to work 40 hours a week to contribute to their superannuation.

A small number of single parents will also benefit. Single parents with dependent children will be supported to buy a home with a deposit of just 2%, with the government providing a guarantee for the other 18%.

But places are limited to 10,000 across four years, meaning just a fraction of the 1 million single-parent families around Australia will benefit.

The government has also extended its similar First Home Loan Deposit Scheme to an additional 10,000 places, which allows first time buyers to put down a deposit of 5%.

It’s a big shift from a few months ago when the government told women fleeing domestic violence to use their retirement savings.

Last month the government finally — following immense public pressure — responded to the landmark report into workplace sexual harassment, Respect@Work, which was handed down more than a year earlier.

Funding of $20.5 million has been earmarked to prevent and respond to workplace sexual harassment and implement the Respect@Work recomendations. This includes $9.3 million to support the Respect@Work council secretariat and another $5.3 million over three years to build evidence and further develop primary prevention initiatives. Comcare will deliver sexual harassment education programs for Commonwealth, state and territory health and safety inspectors (though how much will be allocated isn’t clear).

Last year the budget was slammed for offering just 500 cadetships for women entering the traditionally male-dominated fields of science, tehnology, engingeering and mathmatics. This year, placements have been expanded… to 600.

The government has pledged $100.4 million for cervical and breast cancer screening programs, with most of the funding supporting women to get two mammograms a year. There’s also $26.9 million to provide support for people with eating disorders, which disproproationally affects women and girls.

Importantly, much of the women’s health measures are actually measures for families, including adding items for assisted reproductive technology, and adding medication to prevent women going into premature labour, to the Pharmaceutical Benefits Scheme.

There’s a further $21.6 million for women’s health initiatives, including endometriosis education programs, though there doesn’t seem to be anything to improve equitable access to abortion — perhaps no surprise given Assistant Minister for Women Amanda Stoker attended an anti-abortion rally over the weekend.

The budget includes a $1.7 billion childcare package, giving parents access to a rebate of up to 95% on childcare fees for their second and subsequent children aged under five. The subsidy cap for households with an income of more than $189,000 will also be abolished, though these incentives aren’t set to come into play until next year.

It does nothing to address the fact that childcare centres are struggling to find staff thanks to low pay. 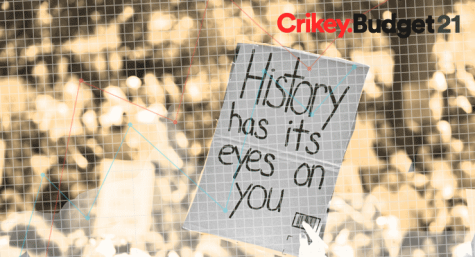 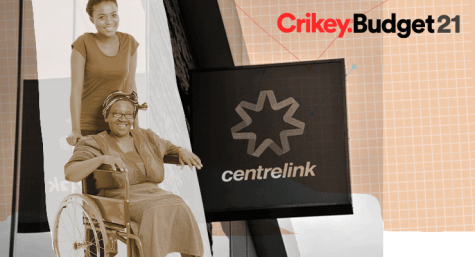 Thanks for the summary Amber. I’m kind of starting to feel the old Helen Reddy song is getting a bit long in the tooth… it kind of conjurs up something past into something current and future. Perhaps a new spin on words will socially give more worth to identified current stressful female barriers to self actualisation. Children should also be included in this concept under female care. I am not talking about gender identity and or parenting in the broadest classifications.

Operatioalising a concept or the range within a topic for discussion is paramount to identifying the problematic issues which require a parsimonious solution if one can be found.

Funny that all of a sudden this inept Government gets all fuzzy over women after all the shambolic issues it has had with the Porter and his ilk mistreatment of aforementioned.

The rooster is still on the dung heap, while the good little hens lay the eggs.