With Japan in the grip of a terrible COVID-19 wave, will the Tokyo Olympics proceed? And if they do, will it be for the right reasons?

Japan is in the grip of a devastating COVID-19 wave, averaging over 5000 new cases a day since late April. This weekend, Tokyo recorded its highest case count since January. The state of emergency has been extended.

And still, in 73 days, the Olympic Games is going ahead — even if when they do they’ll be a shadow of the usual spectacle, conducted in a sterile, fearful bubble, in front of half-empty stadiums, without the influx of foreign fans that bring the host city to life.

The games will still go ahead and Australia will still send our athletes despite the risk. Because at this point, there’s simply too much at stake.

In 1940, Tokyo lost its Olympics thanks to World War II. It lost again last year, but the city, and the International Olympic Committee (IOC), are determined to soldier on in July — despite nearly three-quarters of Japanese people being opposed to the games going ahead. In Tokyo and Osaka, the nation’s largest cities, health systems are teetering on the brink of collapse. The vaccine rollout is perilously slow, with less than 2% of the population inoculated. 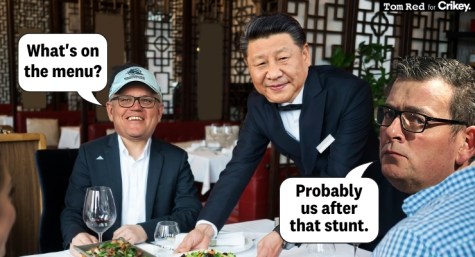 It could still unravel further. In the last few weeks, local politicians have hinted at the possibility of cancelling the Olympics altogether if things get too bad. If that all sounds familiar, it’s because a year ago, the games were always going to continue in 2020, until suddenly, they weren’t. Overnight, Japanese tennis player Kei Nishikori raised concerns over whether the games should go ahead.

At this point, however, there may be too much money at stake to back down. The games have blown out to $15 billion. If they’re cancelled altogether, the potential insurance bill could be up to $3 billion. The IOC, heavily reliant on television rights, would lose about $1 billion if the games were cancelled altogether.

Then there’s the matter of pride. Japan lost its Olympics once already (although it got another in 1964). It doesn’t want to lose another one, after pulling out all the stops for the games to go ahead. There’s a stubbornness among the organisers who want Tokyo to host the first post-pandemic games ahead of China’s 2022 Winter Olympics.

Australia’s involvement at Tokyo isn’t in question — athletes started getting their fast-tracked vaccines yesterday, even as high-risk groups wait. Many competitors have reported surging levels of anxiety and mental health referrals ahead of the games.

In April, Minister for Sport Richard Colbeck sounded resigned when he admitted it was “inevitable” that the virus would be present at the games. He didn’t commit to attending, but noted a key reason for an Australian presence: Brisbane is currently the IOC’s favoured host for the 2032 games, and the announcement is due right before Tokyo is meant to begin. Australia getting antsy about whether to go to Japan could undermine our bid.

Our unquestionable involvement shows how the decision to withdraw from the Olympics is one steeped in politics, rather than health.

It is politics, rather than anything else, that explains past Olympic boycotts — the US not sending athletes to Moscow in 1980 at the height of the Cold War, the Soviets doing the same at the Los Angeles games four years later. It explains why the only country to pull out of Tokyo so far is North Korea.

And it explains why there’s far more of a push to skip the 2022 Beijing games, over widespread criticism of China’s attempted genocide of the Uyghurs, than there is to not attend Tokyo. Several hawkish MPs have raised the alarm about boycotting, and there’s a push across the West not to attend, as geopolitical tensions with China ramp up.

It would be politically harmful to Australia’s inexplicable 2032 aspirations to go cold on Tokyo. Given the open hostility towards China and our comfort with an increasingly tense relationship, boycotting Beijing might not be so risky.

By the time Brisbane does get its turn, will anybody still be watching?

Do you think the Tokyo games should go ahead? And should Australian athletes attend? Let us know your thoughts by writing to letters@crikey.com.au. Please include your full name to be considered for publication in Crikey’s Your Say section. 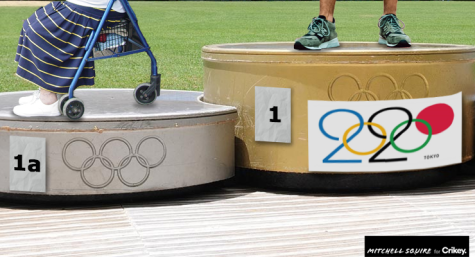 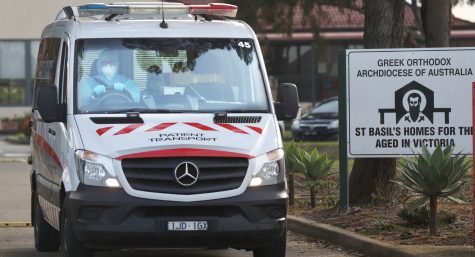 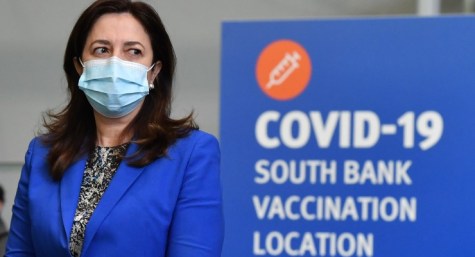 Queensland: beautiful one day, closed the next. What the bloody hell is going on?

Australia is in no position to point the finger when it comes to genocide. Should Brisbane be awarded the hosting rights to the 2032 games, perhaps all those righteous liberal ‘democracies’ might decide to boycott over our ‘attempted genocide’ of the peoples of the First Nations.

Yes, in the face of a global health pandemic that continues to ravage the world and kill thousands daily, we need to see healthy, young athletes and their myriad of minders and keepers and the world press jumping vaccination queues so they can race off to a spectacle. A spectacle that is today’s reverse equivalent to a Roman gladiatorial colosseum where death was entertainment, except now we use the sport to take our minds off the death. It’s a shameless, unnecessary movement of people around the globe when instead we should be limiting such movement to absolute need until we get this beast of a disease under control. A Tokyo medal will simply be a reminder of selfishness over selflessness, of money and profit over life and health.

“You’ll have to speak up. I can’t hear you over the money.”

Don’t tell me the IOC is using any of its loose change. That’s all the IOC ever puts in, except for shouldering the drudgery and burden of attending numerous gala events and adjudicating on the suitability of sporting facilities funded by national governments, sporting bodies and individuals still susceptible to the global boondoggle.
I remain as perplexed as I was in the 1960’s at the readiness to sign up to an event run by a handful of self-indulgent, self-aggrandising cronies so that nations can pay them for the rental of dubious sporting bragging rights for a year or so. You have to hand it to the IOC, in both senses of the word – perhaps a silver stake through the organisation’s heart is the only answer.

Exactly, misplaced but enforced public investment by the host city in facilities sub-optimal for the long term. Fact is, outside of Australia which obsesses about the Olympics, they are not so significant, and quite easy to blink and miss them…..

I remember when only amateurs competed but now it’s ALL about the money.
I just hope Melbourne never has the IOC darken its steps again.

You must be getting on. Pros were competing as far back as the 50s, often disguised as military officers. Professionalism became normal in the 80s, but many pros take a pay cut to represent at the Games. Its NOT about the money for them.

Yeah but think of the gambling industry, legal and illegal. Murdoch Predator of the World.

I am already enjoying the COVID-19 olympics: the failed states of America currently leading for gold, a late silver charge by India, and Brazil, Mexico and Russia contending the bronze medal.

That is no way to ventilate against the Covid virus motto – Faster ,higher , stronger.
– We already know who will win the fireworks display.