Good morning, early birds. Tomorrow's budget will include a $17.7 billion aged care package to be delivered over four years, and an Israeli court will today rule on whether authorities can evict Palestinians from their homes in the Sheikh Jarrah neighbourhood. It's the news you need to know, with Chris Woods.

Tomorrow’s budget will include a $17.7 billion aged care package to be delivered over four years, which The Australian ($) reports will focus on a workforce initiative “as well as incentives to prop up private residential operators to ensure they remain profitable”.

Health and Aged Care Minister Greg Hunt will tomorrow respond to recommendations from last year’s damning royal commission — which the Australia Institute’s Centre for Future Work last week estimated would require $10 billion a year to implement — while the budget will also reportedly include record suicide prevention funding (although nothing yet on bringing JobSeeker above poverty rates).

Elsewhere, Josh Frydenberg has told the ABC that the budget will include a $1 billion, one-year extension to the JobTrainer program — which is co-funded by states, meaning any extension requires their sign-off, and offers free or low-fee courses in areas of shortage such as aged care and IT. The treasurer — who noted the budget is based on international borders staying shut until at least 2022 — has also suggested an expansion of an existing apprenticeship subsidy while the $4 billion JobMaker Hiring Credit program is facing the axe after plans to generate 450,000 jobs from 2020-21 to 2022-23 fell short (it has thus far supported about 1100).

Other weekend announcements include funding for endometriosis education and management as well as breast cancer screening; $3 billion transport packages for New South Wales and Victoria ($); a doubling of funding for domestic violence prevention; and a housing package targeting single parents, which, The Sydney Morning Herald notes, was panned as underwhelming by social services groups, Labor, and Deloitte Access Economics director Chris Richardson.

For example, chief executive of Australian Council of Social Services Cassandra Goldie argued the housing package — which includes a vaguely-pre-GFC-sounding plan to allow 10,000 single parent families to put down a deposit of just 2% — would “help a handful of single parents on modest middle incomes to get their foot in the door of an expensive housing market” but should be seen in the context of “what the government has done already to hit the economic security of single parents, mostly women, particularly those on low incomes”.

PS: In less positive budget headlines, Australia has tumbled to 9th-least-generous OECD government for foreign aid, and Richardson has revealed that the pandemic and overly-optimistic wage forecasts mean that the annual cost of the Coalition’s Stage Three tax cuts will fall from $19 billion to $17 billion when they take effect in 2024-25.

COURT TO RULE ON EVICTION OF PALESTINIANS

An Israeli court will today rule on whether authorities can evict Palestinians from their homes in the Sheikh Jarrah neighbourhood and replace them with Israeli settlers, with Al Jazeera reporting that Israeli police injured hundreds of protesters at the Old City of Jerusalem’s Al-Aqsa mosque.

Benjamin Netanyahu however has firmly rejected international pressure not to forcibly displace and rebuild, with the current protests taking place amid a broader eviction push across East Jerusalem that the United Nations has described as potential war crimes. Joe Biden’s administration has expressed concern over “the potential eviction of Palestinian families in Sheikh Jarrah and Silwan neighbourhoods of Jerusalem, many of whom have lived in their homes for generations”.

The news comes after authorities attempted to barricade Muslim pilgrims from the city ahead of Ramadan, as well as a Human Rights Watch report that found Israel’s apartheid policies and persecution against Palestinians and Muslim citizens amount to crimes against humanity.

Elsewhere, anti-Netanyahu parties are currently negotiating to form an unlikely unity government after Netanyahu again failed to form a coalition.

PS: A snap rally has been organised outside ABC’s Sydney office tomorrow morning over the Australian media’s coverage of “the ethnic cleansing of Palestinians”.

Finally, The Sydney Morning Herald reports that thousands of healthcare workers have booked in for New South Wales’ new mass vaccination hub, which opens today even as restrictions across Greater Sydney continue until at least next Sunday.

The news comes after an Australian permanent resident died in India last week after contracting COVID-19, with the ABC noting that a woman who identified herself as his daughter has written on social media “now all I have left is my mother, who has been abandoned by her own government in India”.

The Indian Medical Association is calling for Prime Minister Narendra Modi to announce a nationwide lockdown across the country, while a new editorial at medical journal The Lancet blasts Modi’s government for ignoring warnings of a second wave, encouraging complacency, failing to be transparent, and pushing Twitter to remove criticisms.

I know I sometimes say or post strange things, but that’s just how my brain works. To anyone I’ve offended, I just want to say, I reinvented electric cars and I’m sending people to Mars in a rocket ship. Did you think I was also going to be a chill normal dude?

Hosting SNL for the first time, the billionaire who engaged in illegal union busting, accused a hero cave diver of being a “pedo guy”, and forced a California production plant to reopen last year in defiance of a local shutdown — a plant that The Washington Post found went on to report recorded hundreds of COVID-19 cases — is more than happy to admit he is not a chill, normal dude.

“The Nine Entertainment Company will request its insurers expedite the compensation claim of 60 Minutes cameraman Ben Williamson who revealed to Inq this week his torture at the hands of Lebanese security services five years ago after he was arrested over a botched abduction attempt in Beirut.

“In a statement to Inq Nine said it ‘takes the welfare of our employees seriously’ and that it recognised ‘the importance of a speedy resolution’ to Williamson’s workplace compensation claim.”

“In an extraordinary intervention, Pitt used his veto powers to reject a decision by the Northern Australia Infrastructure Facility to provide $280 million in government funding to a wind and battery hub in northern Queensland.”

From chaos to triumph to abuse: what happened after more than 100,000 pissed-off Australians marched on Parliament?

“The March4Justice movement started with a tweet. Just 18 days later it culminated in 110,000 angry Australians marching against gender inequality across Australia.

“Organisers of the movement are trying to keep the momentum going, supporting ongoing events including May Day marches, flash mobs and training for those who want to organise similar events of their own.”

Curriculum adviser defends ‘turning up the amplifier’ on Indigenous history

Poll finds Aussies in favour of a COVID vaccine passport

Myanmar poet dies after being detained, his family says

Prince Michael of Kent accused of selling access to Kremlin

View from The Hill: a budget for a pandemic, with next year’s election in mind — Michelle Grattan (The Conversation): “Treasurer Josh Frydenberg calls this a ‘pandemic budget’ – one to sustain the economy in times that are still uncertain – but it also has a substantial element of an election budget. That’s not to suggest Prime Minister Scott Morrison will rush to the polls this year. But given the election has to be held by May 21, 2022, this is likely to be the last budget of the cycle. Another could be squeezed in, as in 2019, but it would have to be brought forward from the normal time.”

Budget 2021: We can’t boost Australia’s mental health without honesty about Morrison government funding ($) — Ian Hickie (The Australian): “Now that Treasurer Josh Frydenberg has confirmed that the age of austerity is over, we can turn our eyes as to whether the Morrison government is serious about investing in growing our nation’s ‘mental wealth’. It’s not short of reports, enquiries and Royal Commissions from which to draw specific recommendations for immediate actions.”

Liberals face real test on aged care this budget — Ged Kearney (The Sydney Morning Herald): “On Tuesday the Liberals will hand down their eighth federal budget. Already we are hearing the usual noises about how they will ‘fix’ aged care. They’ll throw some money at it, based on years of underspending to make it look ‘big’. Photo ops will follow. But I’m convinced the Liberals have no idea how to actually fix aged care.” 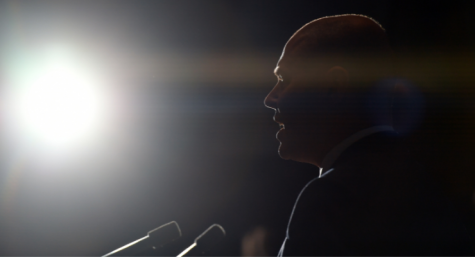 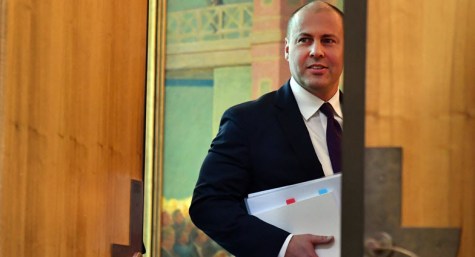 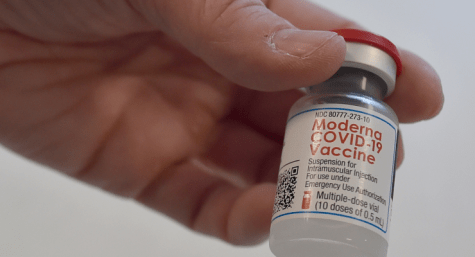 Two things I’d like to know, whether they’d been uttered behind Coalition closed doors :-
Scotty FM : “You don’t ‘waste’ other people’s/tax-payer money trying to buy an election. It’s called ‘necessary outlay’.”?
Fraudberg : “The Age of Austerity is over – until after the election.”?

“To anyone I’ve offended, I just want to say, I reinvented electric cars and I’m sending people to Mars in a rocket ship.”

Of course he didn’t do the first, and the second is yet to be seen.

Whatever the LNP does to “fix” aged care, it will not tackle the intrinsic problem of letting the market dictate provision – despite the awful consequences in private nursing homes of premature deaths.