The government looks set to announce a step-change in aged care funding. That's a good thing — but the lack of discussion about where the money comes from is not.

While the details will be left to budget night, and Greg Hunt’s special briefing for journalists within the budget lock-up tomorrow, the government appears to have decided that it will be the taxpayers who will bear the burden of a massive increase in aged care spending that will form the core part of the government’s response to the recent royal commission.

After initial speculation of an extra $2.5 billion a year, the government on the weekend dropped that it would be committing more than $4 billion-plus a year extra to the sector, primarily to address the desperate need for a larger and better paid aged care workforce.

If true, it would represent the first time this government has actually tried to lift wages in any industry, rather than forcing them down or holding them flat. All power to them — it’s crucial to a better, more efficient and more caring aged care sector.

But while most budget announcements usually obfuscate the level of new spending by throwing in old spending, this is one area where the scale of spending has already increased significantly and will now — if reports are correct — become a permanently increased and huge budget item. 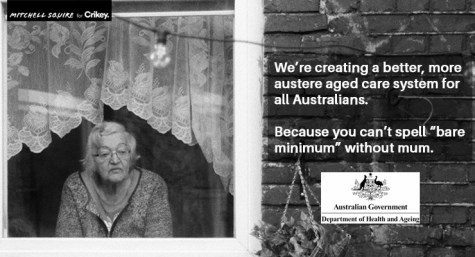 In 2017, the government spent around $13.5 billion on residential aged care and home care.

In 2020’s additional estimates papers — which incorporate announcements since last year’s budget, including a substantial injection of funding into extra home care packages — residential and home care were forecast to cost $17.5 billion this year, as part of a $22.5 billion aged care spend.

It’s not quite the $9 billion a year extra suggested by the aged care royal commission as needed to repair decades of funding cuts, but it represents a step-change in funding into the 2020s. And it seems it will be baked into the budget, permanently.

How will it be paid for? Like everything else that has been announced already, and that will be announced tomorrow night, it’s borrowed. Not merely have we left the obsession with debt and deficits behind, we’re not even bothering to confine borrowing to capital and investments like infrastructure. As Wayne Swan pointed out yesterday, it’s funny how the question “where is the money coming from” never gets asked if it’s a Coalition spendathon.

Remember the aged care royal commission didn’t recommend funding extra spending from borrowings — both Lynelle Briggs and Tony Pagone recommended some form of personal income tax increase, though they differed on the mechanism. Barring a surprise Frydenberg tax increase tomorrow night, it appears the government has rejected this recommendation. A multi-billion dollar annual increase in spending has been added to the budget with virtually no debate about how it will be funded.

It’s not a debate politicians are exactly queueing up to participate in, because none of the options are palatable. Either you borrow it, or the whole community funds it through extra taxes, or you make aged care clients and their families pay for it, usually by accessing the wealth of the family home, or — in coming decades, less so at the moment — getting people to tap their super assets.

If you want to see how such a debate could play out, consider Aaron Patrick’s contribution today in the Financial Review: he suggests the aged care increase is a subsidy for greedy retirees who don’t want to sell their homes to pay for their care, which also adds to an over-inflated property market. Make them sell their homes and pay their way in commercially-viable aged care, he suggests, in a piece headlined “another boomer bailout”. Kudos to Patrick for a piece that probably is the last thing his readers want to hear.

And while his language might border on shit-stirring, he has a point: what exactly are the equity impacts of permanently and substantially increasing taxpayer funding for aged care? Do we let the feelgood factor of finally doing something about a sector that has meted out horrific treatment to so many people in their final years override a discussion about how fair it all is?

From a neoliberal point of view, taxpayer subsidies are completely wrong. But at least Pagone and Briggs articulated the case for them, and where in the tax system the funding should come from. Maybe Greg Hunt will do that tomorrow. But it appears a fait accompli. The questions that are asked of Labor spending should be asked about Coalition spending — and in this case, it’s all the more imperative. 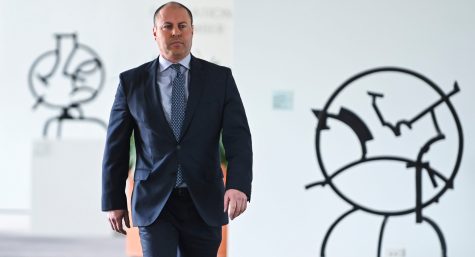 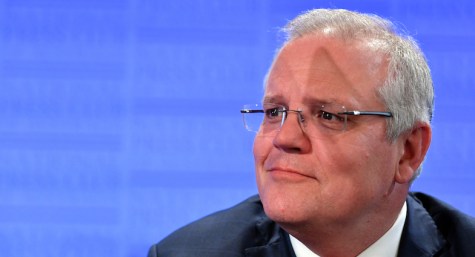 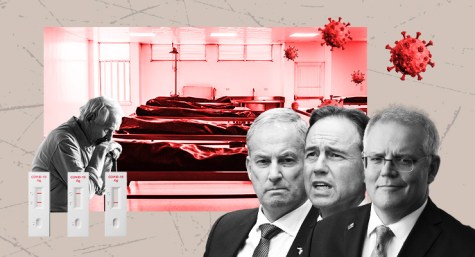 Yeah, Heaven forfend that the private operators should have to forego even one percent of their obscene profits in order to care for the elderly population. At this point, I’d rather see a government simple re-nationalise the entire Aged Care Sector.

“Carrying the bill”? Like “Carrying a mortgage on one’s prospective future needs”?
Monies denied for years by the same government – while whittling away at revenue through whittling down taxes (to buy votes)?

What guarantees are there that “commercially viable aged care” is “care viable”?

Have they been listening to the Modern Monetary Practice analysts?

I dont mind paying tax to go to aged care. What i don’t want is for the money to go to big business instead of the old people. Prefer if the aged care system is nationalised too.

I’m sick to death of reading this crap from people like Aaron Patrick …,”greedy retirees who don’t want to sell their homes” ….etc…
Just to be clear, not all retirees are greedy – much the same way we can say not all young people are dole blushers, though many of us may know one or more from either category.
Still, for the likes of AFR, NINE, Oz and others – it all makes for a great headline when they can’t find anything legitimate to discuss.
My husband and I are retirees. Not greedy. Have never gone on holiday together in 45 years of marriage, either, overseas or locally. We have separately however done a trip each to NZ over 15 years ago.
We have an incredibly large circle of friends and acquaintances of varying ages (18- 85+ years) , 90% of whom have travelled the four corners of the earth, sometimes once or twice a year every year until the Pandemic hit.
We don’t begrudge their lifestyles, but do wonder when they grumble about how tough life is now.
The same circle of friends live in great homes in great locations and have a minimum two cars, updated every few years, brand new.
Our feelings are; Good Luck to them all. That’s their choices. They’re enjoying their lives apparently the way they see fit. It’s not up to us to judge them even if appears hypocritical at times to live the high life and then complain they have to watch their money to afford the next big purchase, holiday, dinners, whatever!
We on the other hand, started a small business together, which surprised us all by continuing for 38 years before my husband, completely burned out, shut the doors and walked away from it, not even bothering to attempt a sale. He was 68 when he retired after a lifetime of driving semi trailers interstate.
Life is different for everyone. We retired after 38 years of paying Road Taxes which my husband jokingly tells everyone subsidised the building of every road in Australia, along with every other Tax imposed on small trucking (and no doubt other) small businesses.
We couldn’t afford a Manager to run things so that’s why we could never holiday together – but that was our choice that we’d made and we stuck with it as long as humanly possible.
Others in the same position, no doubt do the same.
We got absolutely no handouts from any government in 38 years, nor did we expect any – sadly, we weren’t in the same boat as the Gerry Harveys’ of Australia, to name just one.
We “lost” our Superannuation, every cent we’d put in, during one of the first “crashes” in the early nineties and could not afford to start again. It was a trucking business after all.
But, I’m proud to say, my husband and I worked damned hard for those 38 years, (and before that in general work) mostly seven days a week just to keep it going – I still say, my husband is the hardest working man I’ve ever known, though it’s all taken its toll, physically and mentally.
Like I said at the start, just because we are retired, does not mean we are ALL greedy!
Yes we have our own home, but we are entitled to it. So are millions of other people.
As to Aged Care “billions” that taxpayers are allegedly going to pay for???
Where was the uproar when taxpayers funded Jobseeker to the tune of billions…to keep QANTAS, Virgin, Harvey Norman, car companies, furniture retailers and others paying out stockholders’ dividends etc?
And, finally…. like everything to do with this lousy, incompetent Commonwealth government…at the moment it’s all nothing but words to appease the masses and take the focus off other shortcomings/failures.
Don’t worry too much Bernard and Aaron. It all has to happen yet. Remember only a little over a year ago, billions were promised for Climate/Bushfire Relief – and where did that go? Certainly NOT where the bigmouths said it was going!

Sorry…in my frustrations I wrote dole blushers instead of dole bludgers. That’s what happens when you’re a so-called greedy retiree/Boomer….you start to get muddled in thoughts?!

Don’t sound so bitter .You’ve described that you will be able to look after yourselves quite ably & well without any Govt or other tax payer assistance whatsoever..So good luck to you for that ..

Actually, I didn’t say any such thing…you didn’t read the comment.
“Bitter” … ? you’re damned right, I am when all retirees/boomers are lumped together as rich/greedy/ a waste of space.