The Australian leg of the Rio Tinto hybrid AGM kicked off at 1pm WA time yesterday, but only 41 of the company’s 150,000-plus Australian shareholders bothered to show up at the Perth Convention and Exhibition Centre.

A further 245 people logged on to watch the live webcast through the Lumi platform favoured by share registry giant Computershare, but this only included 28 shareholders and 2 proxies, with the rest being guests.

After all the publicity and drama surrounding Rio Tinto’s calamitous decision to blow up the ancient Juukan Gorge cave structure, very few shareholders turned up to deal with the board and management. Apart from the Welcome to Country, no Indigenous voices were heard.

This was probably because Rio Tinto has been in full apology mode for more than six months and that was certainly evident from the get-go yesterday, as shareholders were shown not one but two corporate videos in the first 15 minutes featuring the company’s own people bagging the mining giant for what it did.

There was 50 minutes of pre-debate presentations, while the speeches by the non-Australian key leaders of Rio Tinto talked about little else than Juukan Gorge.

At no point did any of the brass reference the 60%-plus protest vote on Rio’s remuneration report, a fact that was withheld from shareholders until this announcement was dropped on the ASX at 7.30pm, more than two hours after the meeting finished.

The protest was largely because the three sacked executives at the top of the company who were blamed for Juukan Gorge — former CEO Jean Sebastien Jacques, former iron ore boss Chris Salisbury and former corporate affairs chief Simone Niven — were treated as “good leavers” and together departed the company with an estimated 765,000 Rio shares worth almost $100 million.

So much for being held to account and penalised for their failings.

At one point Australian Shareholders’ Association representative John Campbell got up and suggested the company was overreacting by permanently declining to mine 54 million tonnes of ore associated with Juukan Gorge, which, assuming a price of $100 a tonne, was worth more than $5 billion.

Chair Thompson quickly slapped him down, pointing out that Rio Tinto has total Pilbara reserves of 3 billion tonnes and total resources of 22 billion tonnes, so the decision to “sterilise” the Juukan Gorge reserves was modest in that context and the right thing to do given the destruction had imperilled the company’s whole WA licence to operate.

The room in Perth was COVID-approved for 260 so there was plenty of space for everyone and the majority of questions were asked from the smattering of shareholders on the floor. The next largest category was written questions submitted by shareholders before the AGM, which the board had time to sift, vet and prepare.

The smallest category was written questions lodged during the hybrid meeting. I submitted about a dozen but only one was asked and this was grouped in with two other shareholders who had concerns about why Rio’s headquarters was in London and it still didn’t have a majority of Australian directors.

Climate activist group Market Forces and the Australasian Centre for Corporate Responsibility (ACCR) both also had most of their online questions ignored, but the day was a triumph for them after the Rio Tinto board backflipped and supported their two opinion-based shareholders’ resolutions, which sailed through with more than 99% in favour.

This means Rio will now publish a report on its performance against targeted reductions in Scope 1 and Scope 2 carbon emissions plus also do a review of its memberships of industry associations that take positions contrary to the reforms required to meet the Paris commitments.

There will also be a first ever non-binding vote on Rio’s climate policies at next year’s AGM.

The chairman was very keen to terminate the debate prematurely so despite being told there were “more than 10 questions” waiting from the online shareholders, he closed the meeting at 3.20pm Perth time after just two hours and 15 minutes. Only 80 minutes was debate and even that was dominated by several long answers by the brass. Company secretary Tim Paine called after the meeting to argue the toss about whether debate had been unfairly curtailed and was told it was the second worst censorship experience I’d had in nearly 500 AGMs, with only Rupert Murdoch’s extraordinary effort last October being worse. 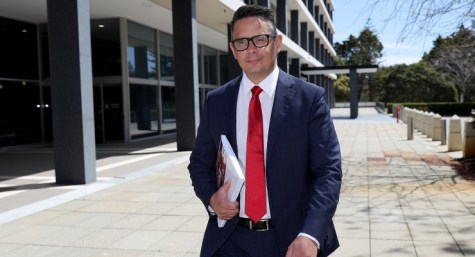 Is it ethical for the former WA treasurer to join the Rio Tinto and Woodside boards? 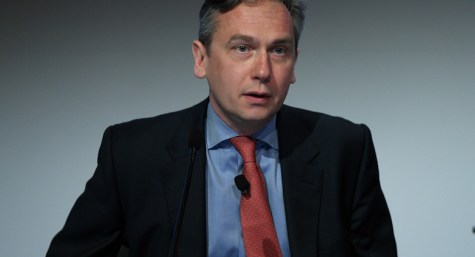 Dear Josh, hate to break this to you but there’s been a few dud Aussie CEOs… 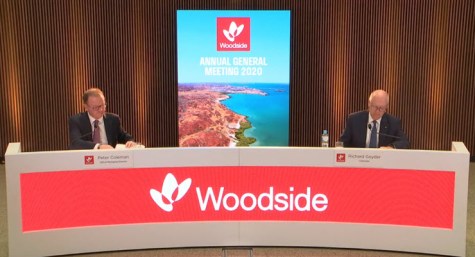 Wish I could get the sack like that! Accountability indeed!
Thank you for plugging away at these AGMs Stephen …

The treatment accorded these scoundrels contrasts sharply with the planned penalties the government has in mind for charities.

Years ago destroying aboriginal sacred sites would be unremarkable business as usual. The general outrage here tells us the wind has significantly shifted. Governments and business should take note, not only on sites but all matters indigenous, eg a treaty and systemic racism.

The fact that Rio Tinto has not lost its license to operate in WA tells us everything about ‘Australia’: it’s just a hole in the ground for a small pack of corporate vultures to pick at.