Anglicare, St Vincent de Paul warn about the government’s war on charities. So much for having a Christian PM, right?

New regulations introduced by the Morrison government could see charities deregistered over the slightest of summary offences.

Charities are furious about new regulations that could see them shut down over summary offences. The regulations, introduced by the Morrison government in February, and which come into force as early as next week, would give the Australian Charities and Not-for-profits Commission (ACNC) sweeping powers to deregister a charity or remove directors where a member has, or is believed to have, committed a summary offence.

“Some organisations are using their position as charities to engage in, promote and condone activities that are not legitimate charitable acts and are, quite frankly, criminal.”

But it’s a move that has been pushed through with little consultation and transparency, despite strong condemnation from the charities sector, legal experts, and the opposition.

Currently, charities can’t engage in conduct that would constitute a serious indictable offence. The government’s new laws would broaden the ACNC’s power to crack down on charities by prohibiting them from engaging in summary offences. Those tend to be low-level stuff, generally dealt with by a magistrate, and differ from state to state.

Some are obscure things most people haven’t heard of — in New South Wales, for example, displaying a picture of the premier without authorisation is a summary offence. But the purpose of the regulations seems clear: the government wants to go after protesters. Summary offences include things like trespass and obstructing traffic, the thing people are often charged with at rallies.

But the broadness of the proposed regulations mean a charity could be de-registered if anyone wearing a t-shirt or holding a sign with its logo does something as innocuous as blocking a door during a protest, or not following the route directed by police.

And while no doubt conservative anger about groups like Extinction Rebellion blocking traffic animated these changes, it’s religious charities who are currently up in arms.

“We could be targeted if our staff or volunteers commit minor offences. We could be held responsible for how other people use our materials. We could even be shut down if the commissioner thinks it’s ‘more likely than not’ that we’ll do something wrong,” Anglicare Australia chair Chris Jones said.

It could also mean a charity would be in strife if an external group they supported engaged in any summary offences.

“We’d have to do a risk assessment on pretty much anything that’s in the public area. The onus would then be on charities to ensure that at events in the public domain, our members don’t wear anything with our logo on it.”

The sector is also unhappy with how the regulations have been introduced — with little transparency and turnaround time. There was just a month of consultation from Treasury after the changes were announced in February, and submissions have still not been made public.

But the whole process highlights the Morrison government’s broader attitude to the charities sector, according to Labor’s shadow assistant minister for the economy and charities Andrew Leigh.

“There isn’t a spate of lawlessness among charities that needs to be dealt with, this is the culture wars happening all over again,” he said.

In 2015, Morrison tried to shut down the ACNC. Two years later, the government put Gary Johns, a former Labor minister turned IPA sort and vocal critic of charities, in charge.

Johns has, in the past, slammed the sector for having too much “impure altruism”, and called Indigenous women on welfare “cash cows”. Now he will have extraordinary discretion to deregister charities or replace their board members.

Is it even constitutional?

On top of all that, the latest regulations might not even be constitutionally valid. According to a submission put together by law firm Arnold Bloch Leibler, the regulations might infringe the implied freedom of political communication drawn from the constitution, by burdening the ability of charities to engage in protest activity.

It may also be invalid under the constitution’s taxation power because it’s too tenuously connected to the key purpose of the power, the firm’s submission says.

Meanwhile, many in the sector are questioning why the government has placed such onerous restrictions on them compared to the relatively light-touch regulation of the private sector. The thought of ASIC deregistering a company over a director’s summary offence seems absurd. But that is effectively what’s happening to charities.

And on the whole, it could have a chilling effect on free speech and peaceful protest.

“We’re a democracy — this is about freedom of speech,” O’Connor said. 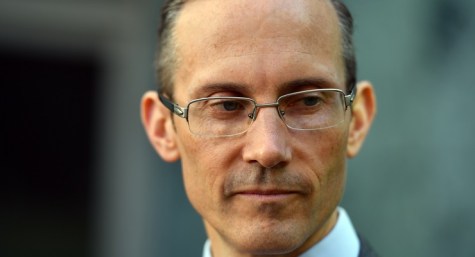 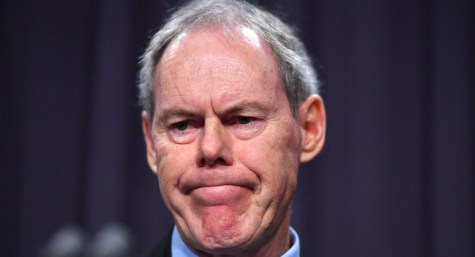 New commission to follow the money trail in charities

Party of free speech. For them only ofcourse.

Yes, generally the freedom of speech that they believe in, is they want total freedom to tell other people to STFU.

Interesting to note, too, that the two charities mentioned in the headline are Christian church-based organiations. Could it be that a schism is brewing, with the Pentocostals/ Evangelists in the Government wanting to reduce the influence of those churches who don’t subscribe to the prosperity gospel, and actually believe in “love thy neighbour as thyself”.

Be great if it were true, but drawing a long bow I reckon. All the mainstream churches are charities, which is how they avoid having to pay tax. Even a confirmed bungler like Morrison can’t be stupid enough to not see the political annihilation that awaits anyone threatens that sweet deal. The regs are almost certainly designed to crush environmental groups and other government critics – losing charitable status will affect their ability to raise funds and defunding is a tried and true LNP tactic for dealing with their critics. Just ask the ABC or the Auditor General.

Might also be a preemptive strategy to suppress opposition groups in advance of an election campaign……just sayin’.

Agree, will be interesting to watch Morrison backpedal on this one. This India debacle is a classic to watch.

Yesterday I posted on a site that Morrispin wouldn’t know what a Christian was if Jesus sat beside him. Some bright spark replied the Jesus was a jew. Is that why Morrison’s club don’t follow Jesus’ teachings? It wouldn’t surpise me at all.

Daibhin, all Christians are Christians. That’s how it works, like it or not.

you must remember that economic rationalists and their fellow travellers hate not for profits as they, “distort the market” How else do you account for Gary Johns, from the IPA, being made head of the ACNC.

What a sad fall for a former ALP man. It must be terrible becoming a caricature, but even worse when one goes down such a forlorn path.

He grew increasingly unhinged when still a Minister in office, esp on Indig. matters.
Check out his ouvre at Connor-Court publishing, if you have a strong stomach.

Is Anglicare and St Vinnie’s of Scotty’s “Gonnacostall”?

Are these regulations in the category that the Government has passed and cannot be disallowed by Parliament? How is that allowed to happen? Undemocratic. The LNP have been trying to silence their critics for years and this is just another attempt to do this. I hope it doesn’t work. They’re way too unaccountable.

The new(ish) National Cabinet is a classic example of this.