After Trump, is American democracy out of the woods?

He may be out of office, but can Donald Trump still threaten the state of democracy, in the US and around the world?

Today: Do Donald Trump and his legacy still pose a danger to American democracy?

Yes: While there is some shoring up to do, democratic institutions held, which bodes well for other advanced democracies like Australia. No: The Republican Party is the party of Trump and its frontal assault on democracy rolls on and on.

For many Australians, the announcement that Joe Biden was the winner of the 2020 US presidential election was a moment of elation and relief. The full-frontal assault on democracy by the loud kleptocrat with authoritarian tendencies — a man who psychologists call a malignant narcissist — was finally over. Despite unprecedented assaults on the democratic norms and institutions that the framers of the US constitution had both foreseen and never imagined, the world’s oldest continuous democracy had survived. 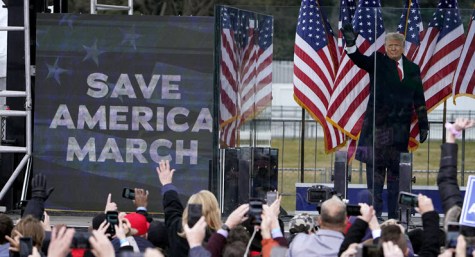 The heroes of the piece were the courts whose judges, including many appointed by Republicans and several by Trump, rejected dozens of lawsuits filed by Trump’s campaign and others contesting the results.

The electors and state-based electoral systems deserve kudos, too. Even with record-breaking turnout officials have declared it one of the most secure in the nation’s history.

In the lead-up and aftermath of the polls, the military stepped up too, declaring itself unwilling to respond to anti-democratic orders from the commander-in-chief. “I foresee no role for the US armed forces in this process,” General Mark Milley said in response to questions from the House Armed Services Committee. “We will not turn our backs on the Constitution of the United States … I will not follow an unlawful order.”

Biden is now getting on with the job, spending his first 100 days passing the American Rescue Plan, a COVID-relief package so popular that even Republicans who voted against it are happy to claim credit with their constituents for its largess. And there’s more where that came from. The new president’s US$2.3 trillion infrastructure package will pass, at least in part, by majority vote, too.

American democracy dodged a bullet. Like everything that doesn’t kill you, the scare caused by Trump’s abuse of power has made it strong: newly appreciative, in a way that complacent Australia is not, of our astonishing capacity to have a say in how we are governed and of how terrifyingly quickly the structures and norms of civilised society can be combusted.

Notice the quiet? What a relief. That’s the sound of Trump not talking, and not having his bombastic fact-free pronouncements amplified by news organisations and ricochetted via social media around the world.

But it isn’t over. Trump has continued to stoke the big lie that his victory in the 2020 election was stolen. It’s a claim that would be laughable — an embarrassing tantrum by a man-child — if national Republican leaders and Republican state legislatures across the country were not giving it credence and momentum at every turn.

In Congress, Liz Cheney looks set to lose her leadership position because she refuses to agree that Biden “stole” the 2020 election and won’t stop chastising Trump for “poisoning our democratic system”.

In Arizona, the validity of the count is being checked again for the fourth time. But unlike previous validation processes, including a hand recount that affirmed Biden’s win, this “audit” is being done without bipartisan scrutiny or media oversight.

In fact, the Cyber Ninja firm to which Republicans handed over the actual ballots they obtained by subpoena has a CEO who subscribes to the QAnon theory of voter fraud and has no experience with handling ballots. This same ludicrous process is likely to commence in Michigan, too.

Whether they find what they’re looking for is irrelevant. For wreckers like Trump, it’s a win-win. If Cyber Ninjas assert that the watermarks that don’t exist or the paper folds that don’t matter “prove” fraud, the founding myth of the new political entity formerly known as the Republican Party is affirmed. If they don’t, the precedent for questioning the settled results of an election has been established.

But for American democracy, the die is cast. This seems clear from the way courts had no choice but to uphold the bad faith efforts of the Trump Republican Party to get control of Arizona’s ballots by subpoena. Congress’ subpoena powers were granted by the founders to give them checking power over the executive branch. Now, those powers are being used to let a former president who can’t accept he lost cast doubt on the legitimacy of the entire democratic project.

And for those who were hoping Trump would acquire the felon status that would deter him running in 2024, don’t count on it. Even those who found the former president’s power abuses detestable can’t agree on whether it’s right or wise to prosecute a former president for his multiple crimes while a candidate and in office, and even whether an attempt would be successful.

Donald Trump is a dangerous man, and he was a dangerous president. Until we find a way to silence, tame or incarcerate him, he will continue as he has always been: a threat to American democracy and the standing of integrity, truth and the trust required for participatory governance around in the world.

Which side do you think Cannold sits on? And what do you believe? Send your thoughts to letters@crikey.com.au with Both Sides Now in the subject line. (Please include your full name in order to be considered for publication.) 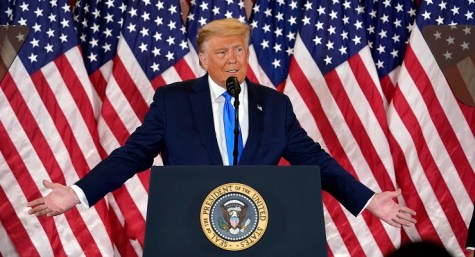 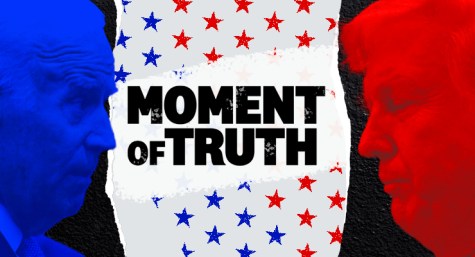 Does doing your own research on the net actually make you smarter?

This does not look wide enough. The elephant in the room is the nature of society in the USA – which is so dysfunctional it is sitting on the edge of being a failed society. Note – not the same thing as a failed state – but ultimately the state cannot continue to be democratic once a society passes a certain point of dissolution.

They’re already most of the way to being a plutocracy, no longer a democracy.

I think the USA is more an oligarchy – run by corporate interests in all spheres.

In a word – NO!
Appearances can be deceiving but our American friends of long standing, own their house ( no other property investments), regular church goers (Catholic), put aside their own personal superannuation funds, helped their children through university, live modestly, do not behave or act as religious or racial bigots, and present as generally unconcerned about where the USA is heading.
As with many Australians they seem to be sleep walking into the future. Australian politicians like their American counterparts are far more concerned with not scaring the horses while in government than dealing constructively with the gathering problems accumulating on our doorsteps.
Considering mankind’s return on all the praying done on all sides of disagreements and conflicts immemorial Morrison should get out and deal with the real world as an “empowered” person as opposed to diverting himself in group singing therapy, saluting mythological deities and laying his hands on casual acquaintances. He has been “empowered” by the Australian electorate to do things in support of our nation not indulge in his personal religious belief system. If he believes they are one and the same he needs to acquaint himself with all of the country he lives in and the people who reside in it.
Do your real all week job as a leader for all Morrison, not your weekly cloistered, casual, skewed, acquaintance with truth, equality/equity and human rights!

Trump, a deluded, divisive and dangerous demagogue, devoid of decency and empathy but replete with ignorance and a lifelong sufferer of mythomania. In 1923, people thought a certain ex-corporal was gone for all time when he went to jail for a failed putsch (think attempted insurrection). They were all wrong then, we should be very careful not to be wrong now. We know where men like that lead us all.

Is it the lead in the water, the dumbing down of their education system or the sheer momentum of decades of injustice? Probably a combination of all the above. Whatever the reason, America today is a failed nation. Sure, on the surface they’re filthy rich, and the haves live very well, but scratch that surface and you discover the most systemically corrupt, brutal, unequal ‘democracy’ in the world.