Watch out Sydney, the rebels are about to descend (and they're proper ones, from the 1960s). And keep an eye out for rogue cows ...

Media on media An eclectic crowd of media types turned out last night for the opening of the spectacular building housing the Judith Neilson Institute for Journalism and Ideas in Chippendale, Sydney. Writers, editors and executives of all stripes showed up to drink Veuve Clicquot, eat delicious canapés and rub shoulders with Malcolm and Lucy Turnbull, Communications Minister Paul Fletcher, former NSW chief justice Jim Spigelman and the woman of the moment, billionaire philanthropist Neilson.

“But it has also become a weapon for extreme, unreasoning, misinformed, malevolent opinion — for anger, hatred, lies and conspiracy theories. It has hardened and deepened the fault lines of our entire civic life.”

The former staffer for Paul Keating said: “Today, not only is agreement out of the question, so is disagreement, which is just as important. JNI will not be a partisan on either side of our civic fault lines.”

He added there would be no “cancelling” at the JNI.

“In an era when extremes are seemingly the norm, the centre becomes the radical position. That is the position JNI will occupy; not to achieve political balance, but because that is where we can have the most impact.”

These are not empty words — the JNI has appointed News Corp veteran Paul Kelly to the board and given a seat on the International Advisory Council to conservative commentator Tom Switzer. Since it started, the institute has supported more than 100 journalism projects, funded the work of more than 200 journalists, including freelancers, and helped to create more than 20 positions in media.

Claire Lehmann, the founder and owner of conservative site Quillette, was in the audience, as was the ABC’s David Anderson, Chris Janz, James Chessell and Lisa Davies from Nine, and the Walkley Foundation’s Louisa Graham, among others.

Not Gladys all over Poor Gladys Berejiklian. She’s having a bad week. This morning NSW Treasurer Dominic Perrottet announced that he has gone into isolation after finding out that he is a close contact of the positive COVID-19 case from Sydney’s eastern suburbs. And with just 16 days to go to the crucial Upper Hunter byelection, the last thing the NSW premier needed was support for an independent candidate from none other than Malcolm Turnbull.

If the seat falls to an independent, as seems likely on the latest polling, Berejiklian goes into minority government and will be forced to negotiate every piece of legislation with the crossbench.

Beware this bunch of rowdies Police might like to keep an eye on the Cyprus Club in Sydney’s inner west tonight — it will be heaving with criminals. About 250 of the most dangerous, law-breaking reprobates will turn up for the launch of Radicals: Remembering the Sixties by Dr Meredith Burgmann and Nadia Wheatley.

The two (still angry) feminists have invited a few paddy wagons of radicals, including the first draft card burner in Australia, two Wallabies who refused to play the all-white Springboks, and three members of the 1965 Aboriginal Freedom Ride through NSW. The Freedom Riders rode motorbikes through regional and rural centres of NSW where Indigenous people weren’t allowed to go to pubs or swim at the local pool, protesting against the discrimination.

Four people who marched in the first Mardi Gras in 1978 will also be there, with a former president of the Communist Party, several draft dodgers and lots of lawyers who got them out of jail. Burgmann was a NSW Labor politician for 17 years and became president of the Legislative Council in 1999, where she axed the traditional 19-gun salute to mark the opening of parliament and also removed the Queen’s portrait from her office, replacing it with an Indigenous dot painting.

Photos in the book show the two authors being dragged away by police officers, with their skirts riding up past their underwear.

“Why weren’t you wearing jeans to the demos?” I asked Burgmann yesterday. She explained that as both young women were living at Sydney University’s Women’s College, they weren’t allowed outside the college in trousers, adding that Wheatley was definitely wearing Cottontails. Official launcher is entertainer Little Pattie, who sang It’s Time at the launch of Gough Whitlam’s campaign for office in 1972.

The dangerous life of an ABC board director The ABC is in peril and it has nothing to do with Andrew Bolt. In fact, ABC governance, we learnt this week, has been severely compromised by a cow. There are three vacancies on the board of the national broadcaster, making it crucial that all existing board members attend meetings, otherwise there can be no quorum. This became tricky after one of the board members was attacked by a cow, according to chair Ita Buttrose. She didn’t name the director, but we’re assuming it’s Queensland grazier Georgie Somerset, who owns a herd of them in south-east Queensland.

“I had no idea cows were so awful, but anyway, she had terrible leg injuries,” Buttrose said. “But unexpected things can happen.

“I’m sure the fact that it’s been raised here today will be a reminder to government that, you know, there is a shortage of directors and we look forward to hearing who they might be.”

Tips, who grew up on the land, thinks Buttrose is being sexist. The culprit is much more likely to have been a bull.

Clues from the back-up drive News of the Bill and Melinda Gates divorce has hit the airwaves, leaving everyone scratching their heads. After 27 years, three children and 40 software updates, what has led to this marital error message? Why now?

Australian journalist Tom Tilley interviewed Melinda Gates in 2019. Last night he tweeted some of the things she told him:

“If it came up in a dinner where I felt like he talked over me, even if it was inadvertent, I might let it … go during the dinner, let’s say it’s a small dinner party, but there’s no way I was going to let that go by the time we got home. Sometimes I was heated in the way I took [him] on.”

“He wasn’t used to sharing power or he wasn’t used to even understanding that when he walks … in the room or sits down at a table, everybody assumes he’s the smartest person in the room. That’s not always true. So he had to learn to make room for me.”

Bill, the founder of Microsoft, famously banned all Apple products from the house. Melinda can finally get an iPhone. 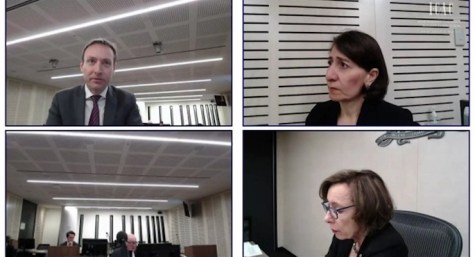 ‘When it’s a byelection you’re only focusing on that seat’: Berejiklian tells ICAC funding projects for political reasons was not unusual 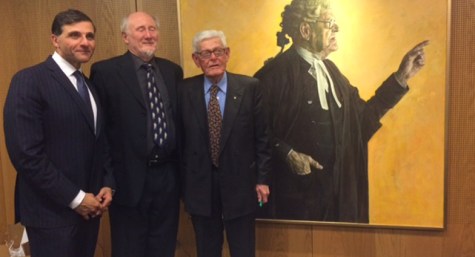 SBS gets another $9m as ad averaging failure continues to bite

Weren’t the Freedom Riders in a bus?

And did John Zarb get invited? For years after his release from Pentridge, where he was jailed for being a conscientious objector, the railway overpass near Burnley in Melbourne read “Free Zarb”.
Incidentally, he was a postie, but I don’t think he ever got a Cartier watch. Carted off the jail instead.

Jeans for women weren’t being made in 1965. Or at least weren’t widely available. Young women started wearing men’s hipster jeans around 1969-70. Couldn’t wear men’s waisted ones as they were far too big around the waist. It was about the same time as the introduction of pantyhose to go under those very short skirts that revealed stocking tops and suspenders.

It wasn’t just places like women’s colleges that forbade going out in trousers. I moved to Canberra (from Ontario, Canada) in 1970 and was working in the Infants Department of a primary school in 1971. There were strikes over oil delivery, which was a main heating source, and the winter was freezing. The Infants Mistresses had a meeting and resolved that women teachers could wear trousers to school as long as they were part of a trouser suit. I had a lovely trouser suit and wore it in the next day. Soon I was claiming that a sweater with a navy stripe was part of a suit with matching navy trousers.

I had bought pantyhose much earlier – while living in the UK in 1965-67. Worn under trousers they were warming and helped combat miserable winter cold.

At around the same time girls attending Canberra high schools were “allowed” to wear trousers as part of their school uniform.

Now almost 80 I often think how many battles women of my age have needed to fight over our life times. Imagine having to argue to be able to dress warmly enough for work!

People just take for granted whatever was achieved before their time.

I will never take my freedoms for granted and I’m eternally grateful to all those brave and resilient women who came before me! Thank you!

I was in Canberra at that time, and at ANU at the end of the sixties when things were changing just so fast.

Not only girls. In primary school in the WA wheatbelt I was sent to school on freezing winter mornings in shorts. We had no effective heating in the school so it was as cold inside as outside. It wasn’t until Year 9 that I got my long trousers.

Dear Tips, growing up with cattle also, certain breeds of cow (eg. Angus) will go you if you get between them and a calf. I personally have leapt over stock yard fences when a cranky Angus cow has run amok. I’m sure other breeds could do similar damage

Peter – just to correct because the original comment from Ms B was I think better. She said their marriage worked “because we’re both in love with the same man”.

I stand corrected. My excuse is nausea-related brain-fog at the thought of the man. But I think she might be a Mrs B.