Ahead of Friday's second Statement of Monetary Policy for the year, RBA governor Philip Lowe is the most optimistic he's been for a year.

Next week’s budget will be presented in what will be the most propitious economic circumstances in years — according to the Reserve Bank of Australia (RBA).

This Friday will see the RBA release its second Statement of Monetary Policy for the year, and governor Philip Lowe yesterday gave us a preview with his post-meeting statement from the May board meeting. It suggests the most optimism issued by the central bank for more than a year — so much so that one key part of its groundbreaking monetary policy relaxation was all but terminated.

Friday’s statement will show sharp upgrades to growth and jobs forecasts for the next year or so, with inflation now seen a touch higher as well because of the faster pace of activity in the economy. The RBA now expects to see economic growth of 4.75% in 2021 (up from 3.5%) as well as an unchanged forecast of 3.5% in 2022, and an unemployment rate of 4.5% in late 2022, down from 5.5%.

That rate means the RBA expects unemployment to be at what Treasury estimates is now around the non-accelerating inflation rate of unemployment (NAIRU) — though the RBA’s view is that it is lower than 4.5% — next year. That’s also, by implication, where the government is aiming fiscal policy after Josh Frydenberg’s welcome reversal last week.

What does that mean for wages growth and inflation? We’ll find out about wages growth forecasts on Friday, but the bank expects those to lift a little. As for inflation, that may peak at 3% (as Lowe has said previously) in the current June quarter then fall to 1.5% in 2021 and 2% in mid-2023 (that will be up from 1.75% as estimated in the February forecasts).

That suggests the RBA expects that even with the lowest unemployment in 15 years, a tight labour market will still struggle to feed through into wages growth and price rises. That means the Reserve Bank’s core inflation goal — to see inflation sustainably in its target band of 2-3% — still won’t likely be met until 2024.

But the AMP’s chief economist, Shane Oliver, said in a note on Tuesday afternoon that “given the speed of the recovery we think there is a good chance that the RBA’s objectives for a rate hike will be achieved before the ‘2024 at the earliest’ that it refers to and so are allowing for a first rate hike in late 2023. But that’s still a long way off. Key to watch will be unemployment heading to 4% and wages growth heading above 3.5%”.

Wages growth hasn’t been above 3.5% since Labor was in office, and after eight years of stagnation, that kind of figure looks implausible, especially with the government still punishing public servants with a real wage freeze.

But some tightening of monetary policy is already under way, with Lowe signalling in Tuesday’s statement that the provision of cheap funding to banks under the Term Funding Facility will end as scheduled in June. About US$100 billion has been lent already, and banks have the chance to access some of the second $100 billion between now and the end of June.

And the July monetary policy meeting is likely to see the RBA’s 0.1% bond yield target stay focused on the April 2024 bond rather than moving out to the November 2024 bond. That means the 0.1% target will “time decay” as the bond matures, preparing the way for a slow rise in market rates above 0.10%

The RBA will still consider future bond purchases beyond the completion of the current $100 billion bond-buying program in September. That could be kept but reduced (tapered) gradually from July onwards, perhaps to where it falls to half the current $5 billion-a-week rate at the end of 2021, then end in the June half of next year. 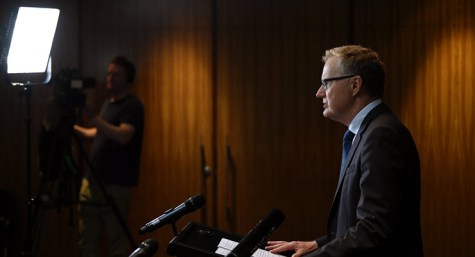 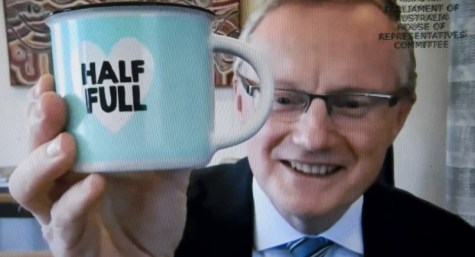 Why even bother putting this out? The fastest way to build the economy, and bring in more jobs, is wage increases especially at the lower end of the scale; more money in the pocket, more money spent, more goods needing to be made, more workers needed, more tax collected – it’s so damn simple. Unless you are a far right, pentecostal, which means you need the poor to remain poor so you can feel better about yourself and your wealth, when instead you should be hanging your swollen heads in shame for the sham you are.

When has Lowe been right?

About as often as every other devotee & worshipper at the altar of the Dismal ‘Science’ – never.

I understand that when unemployment rates fall below the NAIRU, they start to have a counter-intuitive negative effect on the economy – so in other words, the economy needs a certain level of unemployed, for it to operate in the sweet zone.
If this is an accepted fact built into economic policy, then how can sub-poverty level welfare payments ever be justifiable?
Especially when we reach the 4-4.5% mark? Will those stuck in the NAIRU zone still have to apply for 20 jobs a month, that the government won’t want them to get?

There is an obvious relationship between suppressing wages and household incomes and creating long-term and economy-limiting skilled labour shortages that Industry is complaining about now.
Simply put, the vast majority of ordinary Australians get so little from this economy that they cannot even afford to replace themselves – hence female fertility at 1.7 is well below the replacement rate and below replacement rate for 25 years.
We have the world’s oldest first-time Mums, because they delay until they have some semblance of financial viability.
You can toss around the idea that “the people” are here to serve “the Economy” and those that derive the most benefit from it…or maybe it should work the other way?
The Economy is here to Serve the People?
The point is Industry now has a triple whammy to deal with; the govt policy was to outsource TAFE but instead they just screwed TAFE and thus the market for skilled workers, Australian-born entrants to the labour market are 20% fewer than they would be with “replacement-rate” fertility, and Covid means we cannot get the migrants in.
Well they lobbied hard for the first two.
Maybe we should have average wages at a level where an average Aussie doing an average job can still afford to have kids.
It worked for us once.

Some good points Doug but the economics contributes on a number of fronts. Fertility has been declining for some time across the first world and in the more western Asian countries. It is not uncommon to see pets rather than kids.

Population is out of control across most of the the African States, India and bits of Central and South America follow. The HDI and GDP per capita can only decline.

As for flat wages take a look at the graph of any first world country.

I wonder how any call for wages growth gels with low growth being a feature of our economic architecture, as per Mathias Cormann.