Wide-ranging digital reforms from the Australian Government could have a serious impact on our online lives. We keep tabs on the changes in Australia’s tech law space.

The federal government is quietly preparing a raft of laws that would fundamentally change how technology is used in Australia. These wide-ranging digital reforms include everything from giving an unelected government official the right to censor apps and websites, to giving senior police the power to sign warrants that would allow them to take over your social media accounts.

Touted as a way to keep Australians safe online, the Online Safety Bill will overhaul the role of Australia’s eSafety commissioner.

The bill has sparked a backlash from groups including privacy advocates and the sex industry, and has yet to pass the Senate. But in light of the scandals that engulfed Canberra in March, the bill has become more totemic to the government as a blunt tech solution to a broader culture problem.

The Data Availability and Transparency Bill

As part of an attempt to reform the public service, the government is proposing a bill that would make it easier for government bodies to share data with businesses, researchers and each other, in order to to improve government services, policy, research and development.

However, there are concerns that facilitating the free flow of data between government services would see that data end up in the wrong hands.

Critics of the bill say it will give away more data than is necessary, and that it could be used for purposes that go beyond its stated aims — for example, enforcement of the NDIS scheme.

The elephant in the room of the Data Availability and Transparency Bill is the review of Australia’s creaking Privacy Act.

The review was commissioned at the end of 2019 by then-attorney-general Christian Porter as part of the government’s response to the Digital Platforms inquiry.

The act itself is more than 30 years old — passed just as the internet was made available to its first universities in Australia, and long before Facebook was even a twinkle in Mark Zuckerberg’s eye — and has become a patchwork of different amendments as other laws change around the act.

The review will consider how we define personal information, what is exempted, whether a tort for serious invasions of privacy should be introduced, and how effective our current scheme is when it comes to notifying people when their data has been breached.

Drafted under a Peter Dutton-led Department of Home Affairs, this proposed law seeks to beef up police powers by creating increasingly intrusive warrants that don’t even need to be signed off by a judge. 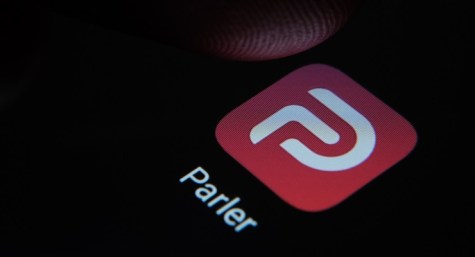 Who to blame for online radicals? Big tech fronts up as alt-tech flies under the radar

The bill gives the Australian Federal Police (AFP) and the Australian Criminal Intelligence Commission (ACIC) three new types of warrants that will let them modify, add, copy or delete data, access devices and networks, and take over people’s online accounts for an investigation.

Beyond this, the bill would give members of the Administrative Appeals Tribunal (AAT) and even executives of police agencies the power to award these warrants in an emergency.

The Senate Standing Committee for the Scrutiny of Bills sounded the alarm about this legislation earlier this year in a scathing report.

The Digital Transformation Agency (DTA) is spearheading a scheme to centralise how Australians prove they are who they say they are online.

In the same way Facebook and Google users are able to use their logins on a range of services, the proposed Digital Identity system hopes to do the same across government services and, eventually, even businesses.

The system would replace having different accounts across different services and would use facial recognition software as part of it. The DTA says it will be optional.

While the DTA has yet to release a draft bill, there appears to be growing consensus from governments about their desire for such a system. The national cabinet agreed in principle to the idea of a “seamless digital identity” in April.

Everything else to keep an eye on

The review of the controversial encryption-busting Telecommunications and Other Legislation Amendment (Assistance and Access) Act, the Productivity Commission’s Right to Repair inquiry, and the Identity-matching Services Bill (which would introduce a national facial recognition database) if the government decides to reintroduce it. 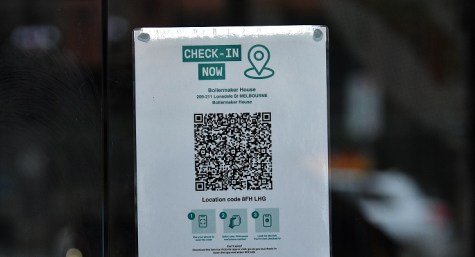 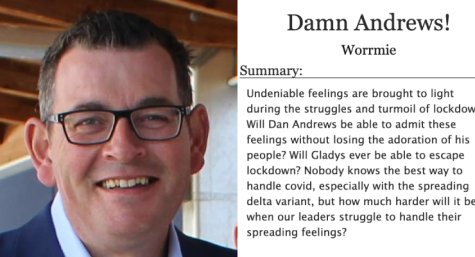 The steamy world of auspol fanfiction

Thank you for a very helpful overview of an often piecemeal and neglected topic, Cam.

This mob can’t help themselves: They abuse the chinese govt. for setting up a surveillance state then want to do it themselves!

Selective
Reply to  The Gerb

In fact F…wen’s outfit from which he’s been seconded has been allowed finally to spy on us; now there’s a comforting thought.

“The bill has sparked a backlash from groups including privacy advocates and the sex industry,”

I’ll bet the lobbying from the sex industry would be a master class in hypocrisy, red herrings and straw men!

So, all you’ve got is a “bet” and no evidence of the content of any “lobbying” if any.

When you get a leg to stand on get back to us.

The sex industry doesn’t lobby, it just threatens with disclosure.

Donald Trump, who spent significant portions of his presidency criticizing athletes, has been strangely quiet during the Tokyo Olympics. But on Thursday he popped up to take aim at one of his favourite targets: the US women’s national soccer team.
“If our soccer team, headed by a radical group of Leftist Maniacs, wasn’t woke, they would have won the Gold Medal instead of the Bronze,” Trump said …

The sex industry is one of his biggest meet and greet groups; the chief catcher of puss…

Think of the mega millions at stake from the trafficking of women and children!

“Authoritarianism is form of govt characterized by the rejection of political plurality, the use of a strong central power to preserve the political status quo, and reductions in the rule of law, separation of powers, and democratic voting.”

It starts with militarisation of civil enforcement ie State and Federal police forces. USofA anyone? A technological revolution does not automatically lead to civil unrest? But helpful, small adjustments . . . only to be deployed in an emergency etc should not be accepted at face value? And the powerful 10 -15% of society likely, should not automatically, be the primary beneficiaries.

Our technogical world is not going away . . but what enhancements, and who and how, why, should be measured incrementally with greater care than current governance has been delivered in recent decades.

So they’re pressing ahead with the bill that was described in committees the other week as requiring on-line ID worth 100 points of official identification? That would require giving your passport and drivers’ license info to Facebook and the like to create an account? In the same week that Facebook refused to even apologise for allowing all of the ID information 500 million users had ever told it to escape into the wild? Surely not.