The Josh Frydenberg proposal that independent proxy voting advisers should be forced by law to give public companies advance copies of their reports for fact-checking and a right of reply is quite startling from a free speech perspective.

What next — the Morrison government legislating that media outlets be forced by the government to give advance copies of their stories about politicians to registered political parties?

Where is the traditional Liberal Party support for free speech and free markets? As Ownership Matters co-founder Dean Paatsch argued in The Australian on Monday and The Guardian today, institutional investors should be allowed to procure independent research from whoever they like and the government has no role intervening in terms of how public companies and research houses engage with each other.

The timing of the proposal is suspected of being Frydenberg’s revenge against Ownership Matters, the only locally owned proxy adviser, which embarrassed him recently with its independent analysis of public company rorts in the $80 billion JobKeeper program.

Frydenberg coordinated with his favoured constituents in the directors’ club and leaked his interventionist proposal to regulate proxy advisers to the AFR last Friday, which put the story on page one under the headline “Push to kneecap super advisers”. 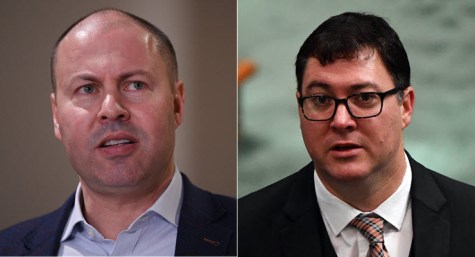 Hypocrisy on steroids: Frydenberg backs witch-hunt on banks that won’t lend to miners

Ownership Matters then came out with a series of tweets against Business Council of Australia President Tim Reed and Orica CEO Alberto Calderon, after both identified themselves as supporting government intervention in the proxy voting research market place.

Both Reed and Calderon suffered significant and embarrassing protest votes against their pay arrangements at MYOB and Orica respectively on the back of voting recommendations by proxy adviser.

The AFR, normally a pro-free markets and anti-regulation newspaper, has been attempting to round up public directors who support the proxy knee-capping proposal and approvingly quoted former Coca Cola Amatil CEO Alison Watkins and Arlene Tansey in yesterday’s paper.

Bizarrely, the AFR also editorialised today against the Ownership Matters position on JobKeeper, claiming that allegations the scheme was rorted by public companies was “fake news, which unfairly besmirches the reputation of Australian business for cheap political purposes”.

It is passing strange that the AFR can reach such a definitive position before the auditor-general has completed his JobKeeper investigation and while the federal government refuses to produce a public register of JobKeeper recipients, such as exists in New Zealand, the US and the UK.

For instance, is the AFR comfortable with the fact that the AICD, Australia’s trade union for directors, pocketed more than $5 million in JobKeeper payments when its 2019-20 annual report shows that cash reserves only dropped from $16.7 million to $14.45 million and revenue only fell from $84.7 million to $71.73 million? The Australian’s John Durie was onto this hypocrisy in his column today.

Global proxy advisers such as ISS and CGI Glass Lewis are also unpopular with some powerful billionaires because they have long taken issue with the appalling governance arrangements at companies like News Corp and its biggest Australian advertiser, Harvey Norman.

When Ownership Matters recommended a vote against Harvey Norman CEO Katie Page, the wife of co-founder and controlling shareholder Gerry Harvey, at the 2019 annual meeting, the News Corp attacks dogs were unleashed with Janet Albrechtsen and Peta Credlin launching unhinged and error-ridden attacks, as Crikey noted at the time.

The News Corp political commentators are yet to take a position on this latest proposal but it’s hard to see them backing a big government interventionist approach, particularly at a time when big business and the directors’ club are politically on the nose. There are literally no votes in protecting overpaid and overly precious public company directors and CEOs from scrutiny.

If the AICD and the Business Council of Australia get their way and successfully persuade the Morrison government and the Senate crossbench to use the dead hand of government to force proxy advisers to hand over their reports to public companies five days before the paying institutional clients see a copy, then other similar proposals will no doubt emerge.

For instance, why not make it compulsory for fund managers and super funds to publicly disclose how they are going to vote their stock five days before an AGM, so that fund members, retail shareholders and public company directors have enough time to try and lobby them to change if they don’t like the position taken. The Australian Shareholders’ Association (ASA), a proxy adviser and aggregator for Australia’s 7 million retail investors, already does this.

And why not make it compulsory for public companies to give the ASA five days’ notice and mandatory input before a change of chairman or CEO is announced, so that feedback can be provided on the proposed leadership change.

When it comes to government forcing private entities to disclose their independent research, deliberations and advice to third parties, what’s good for the goose is good for the gander. The big end of town should be careful what they wish for on this one. 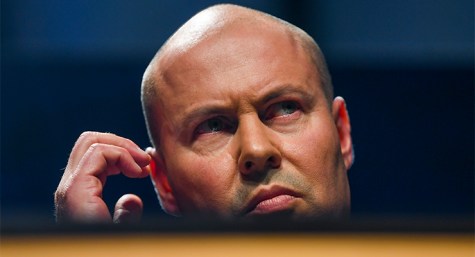 Senator, premier — or the leader the Libs never had? The road back for Josh Frydenberg 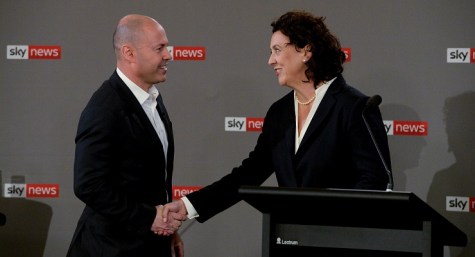 Good article giving some insight to both sides of the argument. Thanks
Warren

Maybe that was signature?

Yikes! ‘Passing strange’? I call that ‘praising with faint damnation’, Stephen. Actually, I’d say it’s typical rather than strange. Apart from that, a very interesting and enlightening article.

“Where is the traditional Liberal Party support for free speech and free markets?”

The Liberal party has not supported either free speech or free markets in my memory.

They are pro-business, but that is not the same as pro-free market. A free market might erode business margins, or force lazy businesses to innovate and compete. Where would ex-MPs get sinecures if businesses had to do that?

The only speech they think ought to be free is that of their supporters.

Especially when the ‘free speech’ mantra has been imported directly aka GOP tactics and used e.g. to justify the demonisation and denigration of others on race by those MPs or media with status and power….

This mob gets more and more orwellian by the day. Do they aspire to Chinese Communist Party levels of control?

I would not be so naive in claiming that the LNP, like the GOP or Tories, honestly believe in ‘free speech’, except for their supporters and themselves; loose connection to the mostly mythical classical liberal economics, now radical right libertarianism.

In the Australian and Anglosphere context ‘Free speech’ is a loaded semantical construct, imported from the US (though we have no related rights nor guarantees).

It is used to create a facade of ‘freedom and liberty’ to leverage and game public institutions, voters, racism etc. for the LNP, corporate and public sectors to avoid scrutiny, create confusion or conflict, but not more transparency.