The internet is rife with fanatics spreading their twisted thoughts and deeds. But how can they be stopped, and is Australia doing enough?

How do you kill a set of ideas that affect social cohesion when the online environment creates an infinite number of opportunities for people irrespective of age to access extremist material and become radicalised?

This dilemma is at the core of what the federal parliamentary committee delving into extremism and radicalism is grappling with as it tries to understand what makes individuals follow ideologies that can lead them down a destructive pathway.

An illustration of this is the frequency with which people giving evidence to the committee refer to the availability of the manifesto of the Christchurch shooter and how the manifesto, which was first circulated in March 2019, has inspired further violence from individuals who have been radicalised online.

That manifesto appears in multiple locations and it would be an exercise in whack-a-mole to attempt to get rid of every single possible copy, given the ease with which a file can be shared within a platform, downloaded and forwarded to others.

Removing the manifesto from various sites relies on a range of factors, including people being prepared to complain to messaging platform owners as well as administrators of those platforms taking the initiative to remove such material.

One of the favourite homes for far-right chatter is the encrypted app Telegram, and Telegram’s administrators have shown they have the technical capacity to remove channels that host specific content. 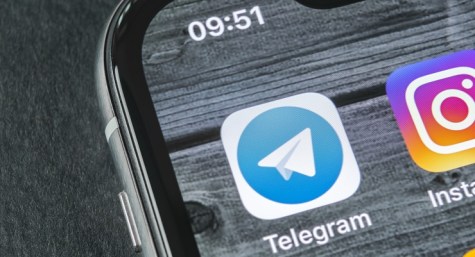 It sends out messages each day about the number of Islamic State-related or child abuse-related channels it shuts down.

The encrypted platform’s ISIS Watch channel advises that it has booted 66,273 groups or channels that had jihadist-related content for the year to date, while its Stop Child Abuse channel tells Telegram users it has flushed 89,152 channels or groups during the same period.

Booting channels that have specific content is not a foolproof strategy, however, because some individuals or groups have private channels from which they post material into publicly accessible channels they control.

A national socialist network with adherents in five European countries has five channels that are publicly viewable, but a channel that appears as the source of much of its artwork and propaganda that is common to all channels remains hidden from public view.

Adherents to far-right ideologies also create channels where like-minded groups have photographs posted to demonstrate the breadth of global activity.

One channel recently seen by Crikey consists almost solely of photographs of extremist groups standing in various locations in different countries such as Ukraine, Serbia, Italy, Russia, Poland, Estonia and even Australia, holding up flags with insignia, flashing tattoos and engaging in banner drops over highways.

A smorgasbord of bigotry

What channels like this do is build a picture of a common view or solidarity across jurisdictions among those that adhere to bigoted ideology such as anti-Semitism, Islamophobia, xenophobia, homophobia, and misogyny, among others.

This is something that the United Nations addressed earlier this year when it noted anti-Semitism was increasing, and it went more viral as people spent more time online while in lockdown due to the COVID-19 pandemic.

“Propaganda linking Jews with the pandemic, for example, by accusing them of creating the virus as part of a bid for global domination, would be ridiculous if it were not so dangerous,” UN Secretary General António Guterres said earlier this year.

One of the regulatory tools that is used to deal with what certain governments believe to be credible terror threats is proscription of a group or an individual in order to make an ideology less attractive and minimise the likelihood of violence.

Canada proscribed 13 groups on February 3, 2021 that included a mix of al-Qaeda and Islamic State affiliates but its media release highlighted four groups it describes as ideologically motivated violent extremist groups: Atomwaffen Division, the Proud Boys, the Russian Imperial Movement and The Base. It listed two other such groups, Blood and Honour and Combat 18, in 2019.

The UK has also banned groups in recent years that peddle similar ideologies such as Feuerkrieg Division, the Sonnenkrieg Division and National Action. Atomwaffen Division was proscribed by the Old Dart last month.

Australia has proscribed only one group, the Sonnenkrieg Division, that comes from the far-right of the political spectrum, with the current parliamentary inquiry exploring whether Australia’s laws on proscription should change so banning might be easier. 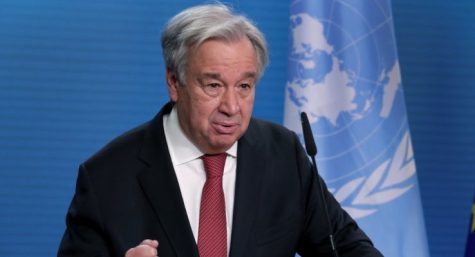 It’s a global conumdrum with real world consequences. How the threads are unpicked are up to all who have a stake in media whatever the form across the board.

The global village seemed like a sweet idea but what we have is not the economic dream envisaged. The whole world is now competing on every level in our global village. Who will survive? What will survive? When…How…where… I just hope there are some really smart thinkers and doers out there trying to figure out how to pick it apart, one thread at a time, before we just go ahead and have that 3rd WW to see how the pieces land and start something all over again.

Apparently this is living. Anyone having fun yet? How’s the global economy going for everyone? How’s life in your backyard? If you have one to call your own! Fair go! Life is not fair! Two up? Result; One down! Most humans are the 3rd side separating the two main sides in any situation. We either influence good or bad or are collateral damage.

Who survives a race to the bottom?
Mud sucking, bottom feeding low life toadies, lotsa crumbs fall from the groaning board.

Generally it is the need/desire to be part of a group. It helps individuals survive in difficult times with other compatible individuals willing to protect a like minded group. Survival is still paramount in modern day society. Evolved humanity is not linear only. It is cyclical and linear and is dependent on environment in all its possibilities at any given time.

The inadequates cower and huddle in groups, whilst the John Galts work their miracles, needing no underlings, helpers or ‘society’.
All Heil Ayn!

Just watch the movie “Idiocracy” if you want to see where the Western world is heading.

The planet has seen all this before.
Where’s the fast forward button?
I want to see who gets the money and the love interest.

There is no fast forward button. Our imagination is the problem in defining problems and appropriate action. The fuzzy stuff is where humans go wrong.

The blooper tape would be more cinéma vérité.
I’d prefer dogme myself but it’s a non starter.

Banning a group is effectively only banning a name. What’s to stop the same people getting together again with the same ideology, but under a different name?
I see that the Canadian “Proud Boys” have announced they’ve disbanded, for example.

Agree, as found in the US where ADL, SPLC, etc. have done much to investigate, but the ideology and myths stay much the same, as do the individual influencers from generation or two ago.

For example, central to the alt/far right and white nationalists has been deceased white nationalist and anti-semite John ‘passive eugenics’ Tanton, but presented differently by ever evolving groups (part of his network) e.g. in his case was ‘immigrants’ as a source of environmental destruction, since his time with Paul Ehrlich at ZPG.

The Trump White House favoured the same immigration advice and policies based on Tanton’s CIS and FAIR; also linked to Australia’s obsession in blaming ‘immigration’ and ‘population growth’ for real or imagined issues.

Hmm, I’ll have to think about this comment to reply.

There has to be better solutions and foresight for our current society. They overcame adversary in the past. Surely with our amazing technology, leaders and beurocracies we can find a solution outside of the law. We don’t need law to make a choice do we? Law has lost it’s true purpose in the world. It’s now tit for tat.

Our society has ground to a halt because of indignance around reputations bound up in money for the abuser or acuser. Right or wrong $1 will induce individuals to take action to erase another if it will benefit them in avoiding the same fate. Morrison is fine with fate and tit for tat under the law as it is, which is not fit for purpose today in all It’s complexities.

IF we want a Free World ALL opinions matter -not just the official line – surely that must be obvious. Not talking about terrorists & kiddie fiddlers BUT certainly not like todays world where Social F Media are Fact checking everything – according to their own version of truth. That’s bloody dangerous!

“I fooled myself. I had to. I didn’t want to see it, because I would have then had to think about the consequences of seeing it, what followed from seeing it, what I must do to be decent.
I wanted my home and family, my job, my career, a place in the community.”
Milton Mayer, They Thought They Were Free: The Germans, 1933-45

I don’t know! What is freedom? It is peculiar and particular to perspective of any given individual or any identified group; be that identified by individuals or groups within or outside of the idividual or qualitative group.

Freedom is objectively subjective for everyone including groups. Governments imply freedoms while explicitly denying freedoms. Our Australian anthem does the same. Australian English/Irish heritage I am; but free! I doubt that. I answer to the plenty everyday one way or another.