That stalwart of Australia’s pandemic response, the National COVID-19 Commission, is no more.

Morrison put the commission out of its misery yesterday, declaring the “crisis management” phase of the pandemic over (even as thousands of Australians remained stranded in virus-ravaged India).

I want to thank the chair of the board, Mr Nev Power, and each of the current and former commissioners for their work. They answered the call for their country when they were needed and have worked hard to support the government’s plans for managing the virus and economic recovery.

From the outset, the commission was stacked almost entirely with business leaders, with a few bureaucrats tossed in for good measure (though they quickly disappeared).

It was supposed to be a “problem-solving” group that would allow “CEOs to talk to CEOs” and involve the private sector in the pandemic response.

So, what exactly did we get out of the commission, chaired by former Fortescue Metals boss Nev Power and stacked with executives from the fossil fuel industry?

The board’s largest achievement — a secret manufacturing taskforce report — was used to justify the Coalition’s “gas-led recovery”. This triggered a wave of criticism given the board’s connections to the gas and fossil fuel industry, particularly special adviser Andrew Liveris, the former Dow Chemical boss who sits on the board of mining services company Worley and oil giant Saudi Aramco.

The plan has been used to justify taxpayer subsidies for new gas projects, including a gas-fired plant in Kurri Kurri NSW, at a time when the rest of the world is making drastic moves to lower emissions.

The commission has put out little in the way of official announcements, with its news section consisting entirely of:

In July the commission was granted a new mandate that allowed much of its work to be deemed “cabinet in confidence”, meaning it could operate largely behind closed doors. This was challenged by independent Senator Rex Patrick.

The commission spent more than $1 million on market research, none of which has been released publicly. About $541,000 of that went to former Liberal Party pollster Jim Reed, prompting Labor to accuse the government of handing contracts to mates.

Less publicised has been the cost of the commission, whose other work, according to AusTender, includes more than a dozen public contracts, including:

Salaries of board members

Peter Harris’s consulting company got $137,550 for April-October 2020 and then $58,360 from October 2020 to April 2021. Jenny Acton, former senior deputy president of the Fair Work Commission, received $83,000 for her work on the industrial relations taskforce.

*This article was amended to reflect the fact that Greg Combet was remunerated $38,000 as a member of the COVID-19 Commission, not $118,000 as originally reported, and as stated on the government’s AusTender website. 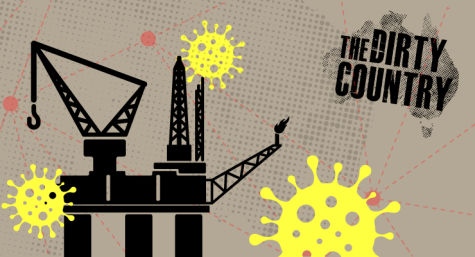 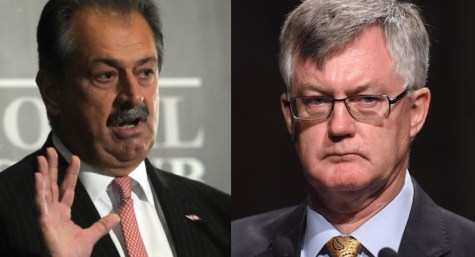 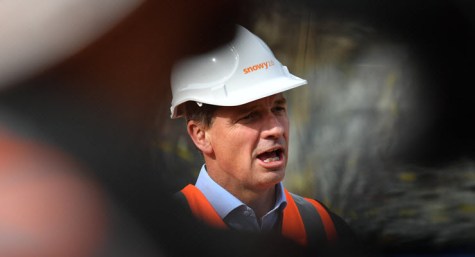 What an effective syphon this was.
Place tube on the teat of the public purse, suck until dry!

Great use of taxpayer’s money no doubt, but at least it has been euthanized before it got much worse.
Has anybody tried to get an interview withy Combet, or has he been bottled up with secrecy agreements?

“The board provided a real-time business perspective on critical aspects of our COVID-19 response.” – like ‘Jobkeeper for profits’? So something else has been “somebody else’s fault”?

Shonky every way you look at it. And no-one will ever suffer any consequences. They better not build that gas fired power station. The fossils are looking for a 50 year gas supply deal knowing that the the thing will hardly get off the ground before internaional pressure will stop it. Then the good ol’ Aussie taxpayer, the billionaires friend, will be stuck with a useless power station plus an obligation to compensate a few billionaires for the loss of 50 years of gas revenue. An LNP job well done. And no-one will suffer any consequences. Except the taxpayers.

IF anyone here wants information from a definate expert then I suggest the following is worth while listening to. The author Geert Vanden Bossche PhD is an internationally recognised vaccine developer having worked as the head of the Vaccine Development Office at the German Centre for Infection Research. Coordinated Global Alliance for Vaccines and Immunisation’s Ebola Vaccine Program and contributed to the implementation of an integrated vaccine work plan in collaboration with Global Health Partners (WHO, Bill & Melinda Gates Foundation, CDC, UNICEF), regulators (FDA) and vaccine manufacturers to enable timely deployment or stockpiling of Ebola vaccine candidates. Sharing his perspective on mass vaccination in COVID-19.

Google : Mass Vaccination in a Pandemic – Benefits versus Risks

Your man appears to be a vet with very little other information about his expertise available. NOT an internationally recognised expert at all according to MANY of the articles on google. The majority of articles on google do not support your claims.

It wouldn’t matter what expert opinion was revealed to you – A closed mind is your problem ! There’s a whole industry out there busily debunking ANY Medical practitioner who dares question the PTB. Get your jab!

I have an open mind which is why I read as many of the links about this vet as I could find. Perhaps you should try expanding your ‘research’ a bit more too.

Perhaps try reading ALL the articles about this veterinarian first before swallowing everything he says?

Penny no matter what you think his qualifications are obvious & real. A closed mind is a dangerous affliction.

As harmful as a closed mind may be, one so open that everything rational spills out is far more deranged.
Especially if the void is then filled by unalloyed tripe.
Try going off-line for day or twenty for a cerebral cleanse & disinfection.
I doubt that the brain damage will clear up, too much harm already done, but you might not grow (even) weirder.

His qualifications as a vet. He ramps up his credentials but a quick look is all it takes to see he is NOT the expert he claims to be. Closed mind? I think thats you. Believing conspiracy theories is NOT a sign of intelligence.

Funny, I thought I was reading comments about the article about the secretive, gas-loving Covid Commission. Yet here you are with a rant about an under-appreciated ‘definate (sic) expert‘ vet whose utterances have been debunked all over the internet world. Time for a Kit-Kat.

“Yet here you are with a rant about an under-appreciated ‘definate (sic) expert‘ vet whose utterances have been debunked all over the internet world.”

Capt I think ( know) you’re still living in the Dad’s army world of believing whatever you read or hear on MSM. Your problem but your above statement is total BS. You suffer from what I will now call Penny’s disease.

No need for a new name for your condition – delusion and stupidity, with a dash of arrogance.

How sad that you think I get all my information from the main stream media. Nothing could be further from the truth. I read very widely BUT I dont get my information from QANON & other conspiracy sites like you do. I am selective about what believe. Unlike you. You will find more people on facebook who follow QANON & other assorted conspiracy rubbish agreeing with you than people like me. Clearly I have got under your skin, seeing the honour you have awarded me. Oh, & dont bother telling me you dont know what QANON is about. You steal all their ideas all the time.

James 1 who gets his information from facebook links, Craig Kelly & other assorted ‘experts’……

Would be credible if you could present a clear argument with support from the synthesis of several relevant peer reviewed articles. However, you do not seem to understand how science or any research is presented and communicated e.g. no putting any researcher on a (PR) pedestal.

James, your comments are somewhat a distraction, the COVID Commission was a nice little group set up to promote fossil fuels. It was a stacked group to come up with answers the LNP wanted.