Even if the decision was entirely based on health advice, it reveals an uncomfortable truth: Australia's toughest restrictions have disproportionately impacted immigrant, non-white populations.

The federal government’s move to ban Australian citizens returning from India is unprecedented. Despite an inability to get all Australians stranded overseas home, we’ve never threatened citizens with a criminal conviction — up to five years in jail — for trying to come home.

And while the government has claimed that its heavy-handed response to the situation is based on health advice, chief medical officer Paul Kelly told the ABC this morning he’d never recommended fines and jail time. 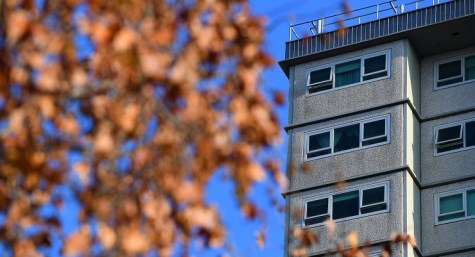 Morrison has defended the potential prison sentences, arguing that nobody has gone to jail under our Biosecurity Act in the last year. Still, the law is an incredibly tough deterrent. While sentencing judges get a fair bit of discretion, a five-year prison sentence wouldn’t be uncommon for a sexual assault or some drug dealing offences. A Sydney actor recently got five years for killing a man with a samurai sword.

So why is the government potentially criminalising people returning from India, despite never restricting flights out of the US and UK when COVID-19 cases per capita were at similar levels? Foreign Minister Marise Payne says it has nothing to do with racism, as human rights organisations lined up to slam the new laws. Even Andrew Bolt of all people says the current restrictions “stink of racism”.

But even if the decision was based squarely on health advice, it reveals an uncomfortable truth: throughout the pandemic, Australia’s toughest restrictions have disproportionately impacted immigrant, non-white populations.

From Wuhan to Christmas Island

Back in January 2020, during the earliest days of the pandemic, Australian citizens being evacuated from Wuhan were quarantined on Christmas Island. The offshore detention centre, currently being used to house a single Tamil asylum seeker family, was not used for people coming from any other country at any other point during the pandemic.

The Christmas Island quarantine could be explained as the result of panic. It was enacted at the start of the pandemic before the government knew what was going on. But the racialised impacts of COVID-19 policies continued throughout the last year.

A key part of Australia’s success crushing the first COVID-19 wave was through tough stay-at-home restrictions. But those restrictions weren’t evenly policed. In NSW, more fines were doled out in poorer areas with high Indigenous and immigrant populations like Mount Druitt and Blacktown in Western Sydney. In Victoria, it was a similar situation with young men from Sudanese and Aboriginal communities over-represented in the fine data.

Perhaps one of the more egregious bits of pandemic overreach came last July, when Victorian Premier Dan Andrews abruptly locked down nine public housing towers as the city’s second wave started to get out of control.

People in the towers, many of whom are immigrants from the Middle East and sub-Saharan Africa were given little warning, no opportunity to shop for food and medical supplies, and were faced with busloads of police outside their front doors.

As Crikey reported at the time, people in the towers would have starved without armies of volunteers. Many also felt put off by the police presence, given the long history of tension between young African-Australian men and authorities in the area.

The tower lockdowns and the flight bans have all been justified based on the health advice, and the need to keep Australians safe. But by now, there’s a clear pattern to how those health-based decisions pan out, with immigrant communities bearing the brunt of the toughest restrictions. 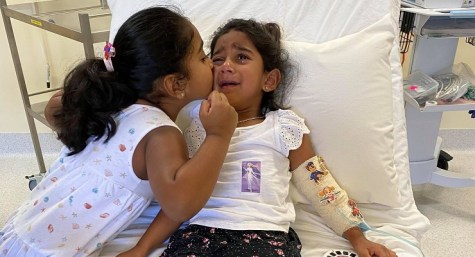 Health advice. Okay, release all of the health advice, from the very start of Covid. Let’s see what the experts recommended, when and why. And, while we are at it, release all the requests that resulted in the advice. What was asked, when, by who and why. Prove this is not a cynical ‘their citizenship, their votes and their place in this society do not matter’ move by a government desperate to make up ground for a failed attempt to roll out vaccines. This government always love to pull back lost ground by claiming tough security and safety measures, but this time it is not advice shrouded in ‘national security’ secrecy, its health advice. So, release it, all of it, we can decide the truth.

Transparency in government… from the Liberal Party?

This government policy, now revealed as their decision on how to deal with the issue, not health advice, can, like most Morrison government actions, be seen more as announcement than policy. What is important is the dog whistling not whether it is necessary or effective. Who is the audience? People who don’t go overseas and if they did it would not be to India. People who are suspicious, worried, about either the pandemic, or these people who aren’t really Australian anyway, or both.

And it allows Scotty, at almost no cost, to look like one of those tough lockdown premiers. The difference is they appealed to their communities sense of solidarity. The Libs, as usual, are out to divide.

Agree, much is about the opportunity to dog whistle to, and shape the opinions and fears of, undecided, swing or old Labor voters; safe for all when the issue can be muddied.

Though not sure how much research the PM’s Office does on the negative impact of their ‘messaging’ amongst many Indian and other immigrant communities in e.g. Victoria, or have they given up on the latter where the Libs now struggle vs. NSW/QLD?

It is a sad fact that, all over the world, the pandemic has disproportionately affected the less privileged.

Morrison, Payne, Dutton et al. better be careful if even NewsCorp’s Bolt describes their actions as sub-optimal; who actually can substantively support this?