Marriage of convenience: for this job, I thee wed

Married people have far outperformed the unmarried in the labour market. But why?

The latest recession has not been felt equally. The young have been hit harder than the old, for example. Victoria has been hit harder than other states. But there’s another dimension too. Look down at your ring finger. Is there a gleaming band encircling it? If so, you’ve probably barely noticed the hit.

The outperformance of married people in the labour market is one of the clearest trends. You might think it is an artefact of the age profile of the married but, as the graph shows, the difference between unmarried and married men is much greater than the difference between old and young for both groups. (The results for women are similar to those for men.)

The latest recession has created labour market conditions for the married that are equivalent to the best boom times for the unmarried. But why? What’s going on? Which way does the causation flow? Are married men able to commit to the job because they are supported at home? Are employers more reluctant to fire the married (who often have children) than the unmarried? Are married people forced to take a job, any job, to support their families and can’t afford to linger as unemployed?

Does the sound physical and mental health that makes a person a prime target for marriage also make them a valuable employee? Will we see a change in the series around the time gay marriage was permitted in Australia?

A different view of the fiscal cliff 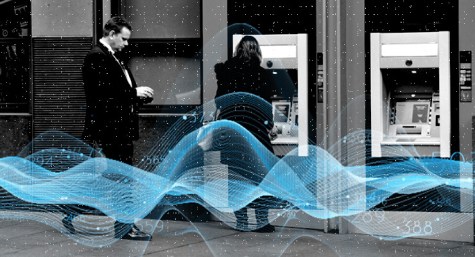 I have no evidence to back up any explanation for why the unmarried experience much higher unemployment rates than the married. But here’s an addition to the hypotheses in the article. There is some similarity between marriage and employment. Both involve a contract, a commitment and generally only succeed if you put in work on the relationship. So perhaps in a significant number of cases someone who gets rejected for marriage is also for much the same reasons rejected for employment.

Ha ha, SSR. A reasonable conjecture, but not much correlation. Many married people only end up ‘committing’ for a few years before finding greener pastures, and don’t necessarily put in the work.

More likely explanation, the unmarried are likely be younger, and we know that the young are the first to pay the price in any economic downturn.

This data overlaid with age would be more useful. It would surely show a high correlation of single status with people in their 20’s.

Could it be that the causation runs in the opposite direction? Perhaps people hold off on marriage until they’ve got a stable job and can afford to settle down?

“Are married people forced to take a job, any job, to support their families and can’t afford to linger as unemployed?”

Yep, Jason, I’m going with this one. The crap you have to put up with in the workforce to look after your family is far beyond what any reasonable single person would do. Speaking from personal experience.

Spot on, DB. It’ll be interesting to see what happens in our society when the jobless tsunami hits without social housing or a UBI in place.

DB
Looking at it from both sides of the fence.
A married employee is LESS likely to party prolifically, and actively engage in office romances. ie more punctual and greater productivity. Remember employers are generally conservative and self interested in getting their pound of flesh.

Then you have the reasons suggested above from the other side. As a single young employee I always made sure I used my sickies.

Women aren’t stupid. They preferentially go for guys who are better earners.

Mystery solved as to why married men do better in the employment scene.

Interesting. There is research to show that married men are… (struggles for definition) best off of all genders/statuses while divorced women are worst off of all so maybe his correlates to some stability in employment though DBs point does resonate with my experience of married men in the workforce which has oftentimes been good men who feel a real duty towards their dependents sometimes at the expense of their own happiness.