The hype goes boom but hydrogen projects are still under construction

Renewable hydrogen energy is nowhere near being able to replace fossil fuels. But familiar faces are snapping up government funding.

The government makes it sound as if Australia is on the cusp of a hydrogen boom, with legions of companies springing up to take the place of the dying fossil-fuel industry. But a hard look at the status of these projects tells a very different story.

Of the 65 projects under way in Australia, most are years away from starting construction, let alone pumping out electricity. Only five are up and running, and eight should be completed in the next two years.

The five that are operating include two state government and university test sites in the ACT, a clean energy hub backed by energy company ATCO in Western Australia, an Australian-Japanese project exporting hydrogen to Japan from the Latrobe Valley in Victoria, and a solar and hydrogen centre at Griffith University in Queensland.

And while the government wants to spruik hydrogen as a fresh new industry, there are some familiar faces at the helm.

Andrew “Twiggy” Forrest is one. His Fortescue Metals is replacing its fleet of diesel coaches at its Christmas Creek iron ore mine in the Pilbara with hydrogen fuel-cell-powered coaches. 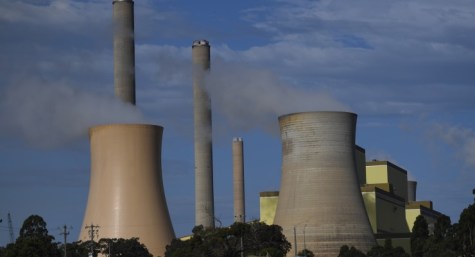 The project got $2 million from the WA Government but is not due to begin operating until at least next year. It will use electricity supplied by a new solar-gas hybrid project, also under construction.

Fortescue is also working with ATCO Australia on developing a hydrogen refuelling station in Perth. That project got $1 million from the WA Government but is still not up and running. The facilities will have fairly limited use, providing the two companies with an ability to refuel their vehicles with hydrogen.

Gas company APA Group is another big backer of hydrogen technologies. Its renewable methane demonstration project, currently under construction, received $1.1 million from the Australian Renewable Energy Agency. But it’s not due to start until mid-2022.

The other projects under construction include a Jemena “green gas” project in Western Sydney, a Toyota renewable energy hub in Victoria, and a renewable hydrogen project backed by gas company BOC in Queensland.

Tony Wood at the Grattan Institute says while there was a “lot of talk and noise” about hydrogen, most projects in Australia were still in their infancy.

“When you look under the bonnet of these vehicles, there’s not very much there,” he said. “We shouldn’t be pretending that this is at a really highly developed stage.”

Big miners are also getting involved and have been some of the biggest winners of government hydrogen handouts. BHP and Woodside Energy were among seven companies to be shortlisted for government cash as part of the Australian Renewable Energy Agency’s $70 million hydrogen funding round last June.

The aim of the funding is to help fast-track the development of renewable hydrogen.

BHP wants to use the funding to install a hydrogen electrolyser at its Kwinana nickel refinery in WA, and Woodside wants to produce hydrogen in Tasmania for domestic use in the transport sector.

Even if they do get funding, both projects are another year or two away from starting.

Wood says hydrogen has some interesting potential but faces serious economic barriers: “There’s a lot of heat but not a lot of light. The whole hydrogen story is embryonic. It’s wheel-spinning. Everyone is just thrashing around.” 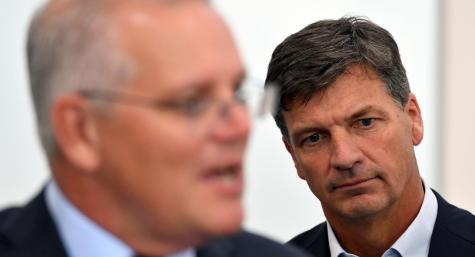 It’d be cool if the Latrobe Valley to Japan export business used dirigibles, for direct point-to-point transport, instead of running pipes to the coast and old-fashioned ships. I haven’t heard anyone mention that idea yet: if it’s new, they can have it for free.

Just a another boondoggle courtesy of Scotty – a boon for his corporate fellow travellers and a dogwhistle to his fellow climate change denialists.
There has been commercially viable and technically sophisticated electric vehicle technology and infrastructure around for a number years in several other countries, for example. No problem with supporting further research and technical development but Scotty is unable to walk, talk and chew gum at the same time – we need to deal effectively with the present also.
Scotty refuses to actively support available off the shelf technology as part of a response to our clear and present existential threat but is happy to ride on the coat tails of those who are the doers in Australia and overseas. Apart from parcelling out public funds to his voracious supporters he is yet to deliver any proven carbon emission reduction policies, plans or funded programmes.
His praising the Lord and laying on of hands has not, and never will, cut it. All Morrison has publicly acknowledged yet again is that he has nothing else, nothing concrete, nothing deliverable to offer.
We can all argue about the relative merits of policies to deliver outcomes but this equates with putting your head between your knees and kissing your arse goodbye.

This is a sick, politically corrupted, donor-fuelled, teasing and lying joke on us. Conservative crooks…

Green hydrogen is one of the few technologies that holds out some hope of meeting the needs of industry without fossil fuel. It will attract trillions rather than millions in the not too distant future, just as LNG has in the past, as has oil and coal. It will be produced at the coast anywhere with the best sun and wind, and a port. It might be compressed for shipping, liquified, or dissolved in ammonia, perhaps. It will be developed because it requires big infrastructure, something like oil refineries, which is attractive to the big end of industry. Not like rooftop pv to power your electric car, which must make boardrooms sick to think of. They would love to sell you hydrogen from their existing servos. And the govt would love to tax it. Hydrogen packs in more power than petrol. It’s a good option for steel making, cement and glass manufacture. It looks like being the biggest new industry since the computer (which put millions of typists and filing clerks out of a job, with nobody missing them). There’ll be millions of jobs lost, and millions more created.

Anyway, lets change to clean stuff. If Scomo backs hydrogen then good on him.

I doubt anyone will be slapping him on the back for a job well done in 5 or 10 years time. All he might be remembered for is giving my grandchildren a hospital pass to their future.

According to the NT News, a 275 M$ Hydrogen Hub will be located at the Darwin terminus of the onshore and offshore gas pipelines. Darwin has murky skies and seasonal storms that obviate solar panel farms, so this supposedly “green” hydrogen will be wholly produced from fossil gas. Liquid hydrogen leaks from its transport ships much more than liquid methane, so it would make more business sense for the importer to import the LNG instead, then create their not-so-green hydrogen at the consuming site. Someone needs to tell the auditor that the stuff ain’t “green”.