The war drums are sounding, warns Home Affairs secretary Mike Pezzullo. But he might want to get his house in order first.

While the rest of the public service is cowed, silent and anxious to not offend its political masters, thank goodness for Home Affairs’ Mike Pezzullo, who feels unrestrained in offering his thoughts on anything and everything.

His 2018 missive to his SES staff remains a magisterial tome — all 1900 words — in the library of APS leadership. His views last year about the coming apocalypse worried us all.

Pezzullo’s latest offering, courtesy of The Australian, also sets an appropriately dark tone for this sombre moment in Australian history. The drums of war are beating, and free nations can hear them. We must brace, yet again, for the curse of war. By our preparedness of arms, Pezzullo says, “let us set about reducing the likelihood of war — but not at the cost of our precious liberty”. 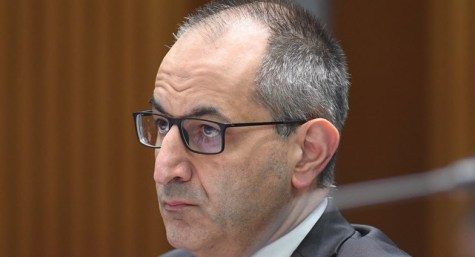 Certainly these were stirring words as Pezzullo farewelled the first Australian Border Force troopships, dispatched to our latest conflict, honouring the brave men and women who would leave our shores and, perhaps, pay the ultimate price for freedom in the battle against… wait, hang on, we’re at war again? It’s only five minutes since we decided we’d follow the Americans out the door after twenty years of failure in Afghanistan, but Pezzullo is up for another conflict.

Perhaps he’s got ahead of himself and thinks he’s already moved to the Department of Defence and begun looking at what assets he can deploy in-theatre. Certainly he was moved to tell the bureaucrats of Home Affairs and Australian Border Force of speeches by Douglas MacArthur and President Eisenhower; the former in an address to West Point cadets, about how “a nation’s warriors had but one dedicated purpose”. Straight from the green Plain of the Point to the windy cement squares of Belconnen. Anyone looking for evidence of the militarisation of Home Affairs under Peter Dutton and Pezzullo need look no further.

Whether MacArthur is the kind of figure you want to invoke when hinting, not so subtly, that a war with China could be around the corner, is an interesting question. Truman sacked MacArthur because he wanted to attack China, thus expanding the Korean War into a full-scale continental conflict, potentially with the Soviet Union as well. The joint chiefs of staff, under Omar Bradley, were aghast at the idea. Worse still, as part of his plan, MacArthur wanted to rain atomic bombs on Chinese forces.

Is Pezzullo seeking to send a subtle message to the Chinese by invoking the man who planned to nuke them?

As for Eisenhower, Pezzullo notes that his speech emphasised the waste of military spending. “Every dollar spent on war machines is a dollar not spent on a school, a hospital, a road or a bridge” (or, it might be added, spending in Pezzullo’s Home Affairs portfolio, like police services, customs officers or visa systems).

Eisenhower extended that point in his final, famous address to the American people in 1961 when he warned “in the councils of government, we must guard against the acquisition of unwarranted influence, whether sought or unsought, by the military–industrial complex … We must never let the weight of this combination endanger our liberties or democratic processes.”

That’s exactly what has happened in the intervening sixty years — arguably, had already happened under Eisenhower himself — via the enormous financial and lobbying power of defence and technology companies, including cybersecurity companies, the revolving door between Congress, the military and successive administrations and those very companies. In fact, Eisenhower described perfectly the model for the integration of corporations and government that is now standard in the US and here.

As for our liberties or democratic processes, Pezzullo and his department have a fine track record on that front: proposing to give the Australian Signals Directorate the power to target Australians; AFP raids on journalists for embarrassing the government; proposals to give the AFP a “papers please” power to arbitrarily stop people and demand ID in airports; unlawful searches (as revealed by the ANAO); unlawful detention of Australian citizens in 2016 and 2017; attempts to secure the biometric data of all Australians at airports.

“At the cost of our precious liberty”? You betcha.

And don’t forget Home Affairs is the portfolio with the worst track record of blunders, bungles and stuff-ups in the Commonwealth. Maybe Pezzullo should spend less time listening for the drums of war and more getting his officials to do the basics of public administration. 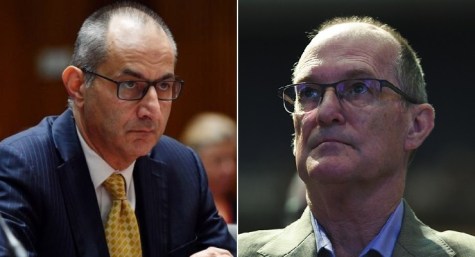 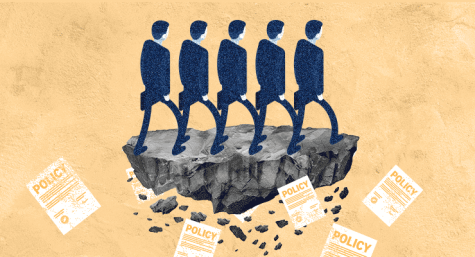 Those whom the gods wish to destroy they first make mad

My tip – Frances Adamson to move on from DFAT mid-year (thus depriving the Govt of a moderate voice of reason re China – she was Ambassador there and knows the joint), Greg Moriarty (ex-DFAT and ex-Ambassador in Jakarta) to move from Defence to DFAT, and there’s your vacancy at Defence for Mad Mike Pezzullo.

I wouldn’t be so sure about Adamson. A few days ago she did a ‘Pyne’, and returned to her old school in SA, and pretty much tailed in – on the ‘China threat’ – the man who now ‘earns’ his wedge by promoting the sale of weapons and associated services.

The Gerb
Reply to  DF

Defence needs the evil Pezzullo back again like a hole in the head. There are many who remember him from last time he infested Russell…

banMorag
Reply to  The Gerb

From Defence to Customs (as was) to the Getapotato’s consiglier at Home Affairs, rising without trace, always getting out just ahead of his constant screw-ups.
When he moves to Defence someone else will have to clean up the shambles he leaves behind.

From the following article: “Adamson, who will leave the job this year for the governor’s mansion in Adelaide,…”

Waddya’ mean comeback ?..Ever entertained that a war with a superpower(China) would be playtime for it in our own backyard on our own continent..Pezzullo should see if his horse is in order if he wants to go playing the charge of the light fantastic..It’s an insane joke beyond absurdity ..Where would all the Australian refugees go ?..A mass suicidal toilet roll panic stampede of Sydney or the bush .!

In a war with China, I’m afraid it won’t work like that – the war will come to them. For the first time since colonization, Australian soldiers will die actually defending Australia, rather than invading someone else’s country on behalf of their British or American imperial masters

China has NO history of Invasion. Please don’t cite Tibet – Historically it’s always been a part of China – and fter being ruled by Monks for centuries it’s better of now then ever before.
Just compare China with freedom loving USA

Tibet last place on the planet that practiced serfdom.

Further to that, James, and drawing on more of the Chinese and Russian attitudes to military strategy, the Chinese have no interest inn trying to invade and rule a country like this.

Why? It’s too damned expensive!

The reason the Russians and Chinese do as they do, on defence, is because it is a helluva lot more ‘productive’ to sit within your own borders, and pick off anyone who approaches with malign intent.

Think of it as ‘home ground advantage’.

Example – their is not ship getting about the high seas that can get close enough to ‘shoot’ at a well equipped ‘target’, before they are sunk in an inglorious demise.

The ranges of weapons used on ships are way short of those mounted on solid ground.

It is also folly to think launching aircraft off carriers, before getting in range of the land based missile systems, will yield any better result.

One ‘popular’ element of that strategy is it limits civilian casualties in the countries of the invaders, while making plain the consequences for ‘leaders’ who indulge in such bastardry.

A sort of ‘accountability focus’.

I recommend remedial watching of The Princess Bride. Vizzini nailed it regarding land wars in Asia.

Yes! Great suggestion. So much much wisdom in that brilliant satire.

Check out MC02 – Millennium Challenge 2002 () was a major war game exercise which ran from 24 July to 15 August and cost US$250 million involved both live exercises and computer simulations.
Retired Marine Corps Lieutenant General Paul K. Van Riper – not Jack D Ripper from Dr Strangelove -, adopted an asymmetric strategy, in particular, using old methods and destroyed the pride of the US Navy, specifically the carriers on which it is based, within hours.
Well worth a read or listen to Radio War Nerd #50.

Putin says “asymmetric” a lot. Thing is, shiny new hypersonic weapons give a whole new meaning to the word.

Even Darth Cheney (he of prime beneficiary Halliburton) ruefully admitted, as Iraq II ground on & on & on, “It would have been cheaper to buy the oil than steal it.”
Having god & guns (not necessarily in that order) on ones side means never having to rethink.

I just hope there are others in government who can hose those two down. A war with China is a really bad idea.

It’s all a distraction, J – the ” look over there” tactic ” ie “reds under your beds”, ” nothing to see here” eg vaccine stuff up, corruption, failed aged care, unaffordable housing for most, end of jobkeeper/ too many unemployed living in poverty.

I hope it’s only a distraction. Of course they could try being honest and competent and then it wouldn’t be necessary.

… And break the habits of a lifetime?