The scale of the digital illusionists that continue to amplify QAnon conspiracy theories cannot be ignored.

Australians have been perplexed by the dark arts of media manipulation as outlined in the recently leaked activist manual of the far-right extremist group the National Socialist Network (NSN). But the NSN are boy scouts when compared with the breadth and scale of the digital illusionists from Russia and China that continue to amplify QAnon conspiracy theories.

A new report from US-based consultancy The Soufan Center points to Russia and China as being heavily involved in leveraging the QAnon conspiracies to promote division in the United States, with cameo appearances from players in Iran and Saudi Arabia. 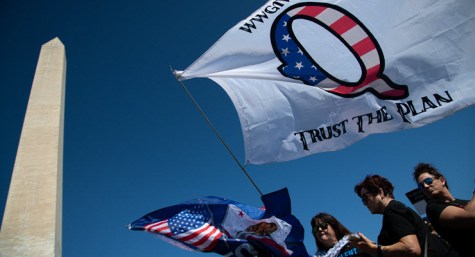 QAnon is a shorthand reference to a mixed bag of conspiracies that include — but are not limited to — belief in voter fraud and a rigged US election, disbelief in the existence of the coronavirus, and child sex trafficking among elites.

There are also QAnon adherents that borrowed a conspiracy theory from the sovereign citizen movement, which had as its centrepiece a return to power by Donald Trump on March 4 this year based on claims that there were laws passed that turned the US government into a corporation in 1871.

These sovereign citizen types believe that anybody who became president of the US after 1871 was illegitimate.

According to The Soufan Center, these conspiracies been given further oxygen by the activities of ill-intentioned, state-based interlopers. A review of 166,820 Facebook posts published between January 1, 2020 and December 31, 2020 reveals that almost a fifth of posts indicate dabbling by foreign actors.

Posts originating from Russia made up 44% of foreign-actor-generated posts analysed, while 42% were linked to China. Iran was identified as a source for 13% of QAnon-related posts and Saudi Arabia’s contribution was 1%.

“Throughout 2020, the consistent foreign amplification of QAnon narratives online illustrates that externally driven disinformation efforts have contributed to the efficient spread of conspiracy theories,” the report states.

“Indeed, the level of foreign influence during January and February 2021 continues this trend — at an average of almost 20% of all posts analysed.”

China has overtaken Russia as a key source of disinformation campaigns during the first two months of this year, with 58% of posts analysed coming from China.

“China’s goal, most likely, is to sow further discord and division among the American population,” the report states.

Saudi Arabia and Iran accounted for a combined 20% of QAnon-related posts reviewed during January and February — an increase on the 14% observed during the preceding 12-month period.

What’s in it for China?

Why is China supercharging its efforts in disinformation campaigning? The Soufan research team offers three reasons for the increased use of this tactic.

Beijing’s disinformation campaigns increased during 2020 in part because of the tussle between the US and China over the origins of COVID-19 and related matters.

China has also taken a leaf out of Russia’s book and opted to use disinformation campaigns to further polarise the American community. 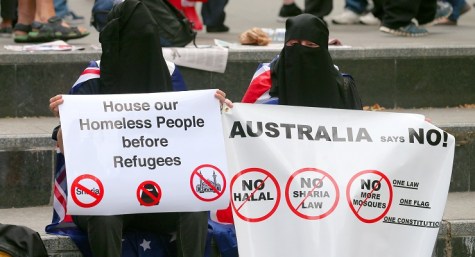 “China’s apparent prominence in the QAnon space could also indicate that social media platforms are not equally well-versed in identifying disinformation campaigns of Chinese origin, compared to those from Russia,” the report observes. “And because China controls its information environment, Beijing does not consider itself vulnerable to a tit-for-tat escalation in this area with the US and other Western democracies.”

The Soufan Center also outlines the danger that QAnon adherents continue to pose in the US. It points to the fact that the movement, which uses methods of radicalisation that are similar to those of Islamic State and al-Qaeda, has the potential to become more violent.

Far-right extremist groups see QAnon supporters as ripe for the picking, given that elements of the QAnon canon (which has spread even more rapidly during the COVID-19 pandemic) align with anti-Semitism.

The report’s authors recommend several ways in which governments, social media companies and the broader community can act to minimise the impact of the widespread disinformation.

Conspiracy theories thrive during times of crisis and controlling the pandemic better will, the report observes, remove a key trigger for the spread of QAnon propaganda.

Development of digital and media literacy programs is another way in which the report suggests that the influence of the QAnon trope peddlers can be dampened. It also proposes that the Biden administration should, in concert with community groups and Congress, consider whether an interagency body set up to fight disinformation online is necessary. 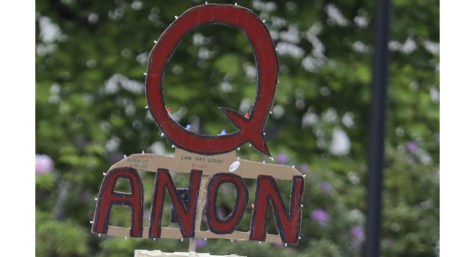 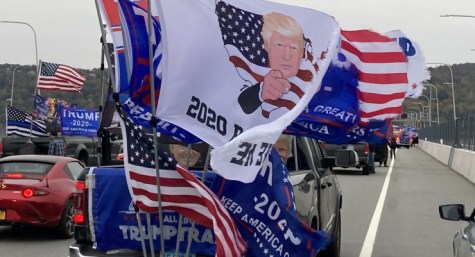 Into the digital darkness: researchers using AI are drilling out ‘truth decay’

Who needs Qanon while Murdoch breathes?

A timely great piece from Ravlic. The term Qanon gets thrown at anyone who dares to challenge the creeping marxist and extreme left policies poking it’s head above the UN parapet. We are all conspiracy theorists, apparently.

Further. The marxist influence within the UN is seen in broad day-light with the appointment of Tedros Adhanom Ghebreyesus as head of The World Health Organization. He served as a major operative with the Tigray People’s Liberation Front (TPLF) a marxist group which traces its origins to the Marxist-inspired student movements of the late 1960s and early 1970s in Ethiopia. He also over saw the Ethiopian cholera debacle 2005 – 2012 and was highly criticised for his inaction. He is also the first non-medical doctor ever to be appointed head of the WHO.

Jesus if you want hate spread all you need do is contract Nine/Fairfax and Murdoch and there you are!

Thanks Tom for explaining the provenance of Adam Schwab’s supporters in the Crikey comments section of his hopelessly biased COVID articles.

Not so. They have been vehemently opposed to Schwab in all his recent pro WHO mass vaccination articles.

Leaving the irony of the article to one side, Tom, you might try to identify the country that does not have a public diplomacy or propaganda arm. Are you likely to nominate the USA?

If we agree for the sake of it, should QAnon manage to compromise government institutions it does not say much for the institutions affected. Ironically, QAnon would have served a purpose.

This is worthy of Murdoch… “dabbling by foreign actors” that’s the nature of social media – there are no borders! Happens to all social media posts from far left to far right. There is plenty of evidence of attempts to exploit or create mischief by individual actors, religious groups, through to governments. The US (as do most countries to some extent) fund organisations keen to push their ideas on others. Have a look at the bodies funded by NED.tinyurl.com/3td7emrz
It is disappointing to see Crikey helping spread hate “How the QAnon conspiracy is being used by China and Russia to sow hate in the West” as if the US needs help! We are setting up a new cold war and state agents such as these thinktanks are stoking the fire – even if only as a tool to get coverage and donations.