Germany's Green Party is within reach of the country's highest office. If and when it takes power, will it be necessary to create a party beyond green?

Germany in the 1950s, and in some election or another the Social Democratic Party (SPD) ran on the slogan “no experiments”: a commitment to continue the “social market” strategy of the ruling centre-right government led by the Christian Democratic Union.

It’s a doozy of a small target strategy — though it appears to have been bested by the ALP’s current pitch of “Labor. Ummmm…” — but it was really the only option.

The Germans craved stability over anything else, after the 1933 to 1945 unpleasantness. The focus on stability was so insistent that when a new generation arose there was a predicable result: a decade of chaos and contestation, which made it a world model for complex political struggle. Out of that came a lot, including the formation of the German Greens which was a co-progenitor of the global green movement. 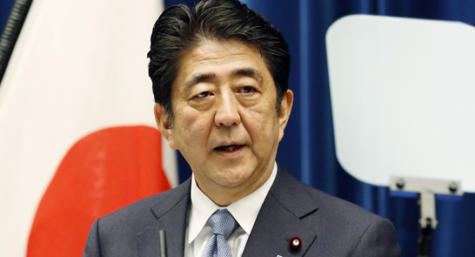 Now these two traditions in Germany — the yearning for stability and the desire to tear it all up — appear to be coming together with the real chance that the Greens may be in a position to take the chancellorship in the upcoming federal elections there. What began as radical leader Rudi Dutschke’s call for a “long march through the institutions” in the 1970s, may well soon end at the Reichstag.

My god, that sounds dramatic.

But alas, who will the Greens be when they get there at last? In their decades-long journey — which began with long debates about whether they should contest elections at all and involved whacky cross-country bus rides when they did — their attempt to be a different type of political party has become transformed by the forces of, well, growing popularity.

They are currently in ruling coalitions in 11 of the 16 state governments — a bewildering array of combinations with the SPD, the (Protestant) CDU, the (Roman Catholic) CSU, the (neoliberal) Free Democratic Party, and Die Linke (“the left”) — nicknamed things like “Jamaica”, “traffic light”, “Kenya” and “Essendon” (probably), according to the party colours involved.

In some states, like Baden-Wurttemberg, they are the utterly dominant party. The Green state president there is a former Maoist, who joined when he and others entered the party to take it over and became a leader of the party’s “Realo” (or realist) faction.

Over the decades, the Realos have overtaken the “Fundi” (fundamentalist) faction to dominate the party. Both of the party’s joint leaders — not that kinda joint, not anymore — are Realos at the moment, and the younger of them, Annalena Baerbock, has been selected as the candidate for chancellor. This is chiefly due to a perception of her steely and hard-driving character. She has pushed for the Greens support for “Agenda 2010”, the “grand coalition” compromise social development plan.

Thus the paradox — even the tragedy — of German politics (not its worst tragedy, it must be said). The proportional voting system has made it possible for them to grow steadily. But it fragments politics to such a degree that coalitions are essential if there is to be any government at all. The absurd nature of these combinations, taken together, takes the country to a perpetual consensus.

Currently it’s right-shifted, on the way to shedding the last of its ordoliberalism, in a pursuit of global “competitiveness”, albeit one still dominated by state-corporate tie-ups. Since the Free Democratic Party has accommodated itself to this, the only genuine opposition is Die Linke, really the former East German ruling Socialist Workers Party, which sits at about 6-8% and has been losing ground in the anti-system vote to the Alternative For Germany populist right — especially, and a little scarily, among the young. 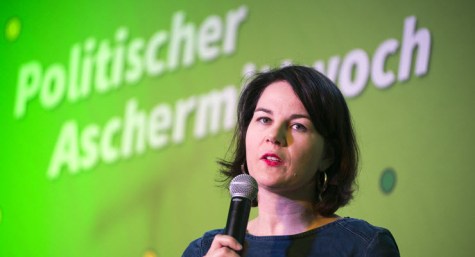 Meanwhile the Greens have sailed up towards 28%, taking a slice of votes first from the SPD and then from the CDU as voters lose confidence in both. The SPD, currently on 11%, would not be the first Western labour party to collapse. Greece’s PASOK gets that honour, but it was only about three decades old. The SPD is, or was, heading towards its second centenary. (Sure, not until 2067, but still.)

Its collapse would be momentous, but it utterly discredited itself; first by opportunistic oppositionism, then by slavish tucking-in under the CDU in coalition. If only it existed in a single-member system it’d be fine. In Germany, there are consequences. The CDU’s turn came as retirement drew near for Angela Merkel, the nation’s mutti — a sort of embodiment of the reality principle, the dutiful joylessness of everyday life personified, a fantasy of humdrum order, onto which all lack of dreams can be projected. Germans love that shit.

With mutti gone, voters are turning on the CDU for the country’s slide, a product of its over-reliance on export industries with China as the customer. (Pro tip: don’t choose a country bent on economic autarchy as your trade partner.)

The Greens, having once embodied the hope that politics and life could be radically otherwise, have now become the repository for an unillusioned belief that it absolutely can’t. The social-economic-cultural settings of both SPD and CDU have become suddenly outmoded; the Greens mix of social liberalism, very mild leftism and case-by-case pragmatic foreign policy is now simply what most people in an advanced society see as “common sense”.

That ethos has spread from the progressive/knowledge class to become the dominant social form. That is happening here too, but our electoral form will prevent the Greens here from a similar steady and relentless march.

That may condemn them to permanent minority status, or there may be some sort of crisis so overwhelming that it delegitimises all other parties and gives the Greens a Syriza moment where it steps in and pick up power like a feather in the street… and then argues about whether that’s an anti-vegan act, fnarr fnarr.

Eventually the Greens may take power in a version of Engels’ “peaceful handover” model of social revolution. Eventually everyone else may be so exhausted and bewildered that they hand over leadership to the party whose ethos — of the primacy of complex systems — matches the world we have made.

Meanwhile the labour parties are twisting in the wind, and those that have succeeded (such as Jacinda Ardern’s mob) have done so by becoming a de facto green party in the modern form.

And when it does finally take power, what then? Who will represent, in political form, the total crisis that confronts humanity? Will it be necessary to create a party beyond green? And does the fact that we appear to have run out of colours tell us something about the inadequacy of politics, per se, to deal with our current predicament?

No experiments? It’s all an experiment from here on in.

Germany still doesn’t have a government — does that matter?

Great article Guy, my German wife will love it…but the experiment is a lot more Frankenstein than men in white coats with bunsen burners…I am frankly terrified, even though old enough to be confident of escaping the worst consequences of our failed politics personally.
The amorality and venality of people like Scot FM just beggars belief.

Do we need colours? How about the Primacy of Complex Systems party – POX.

The Australian Greens can’t coalition their way to power in the way that the Greens have in Germany. However they could do a lot better if they actually thought through what has happened in Germany.

For a start present themselves as THE party of the Centre – with Labor shown as right wing and LNP as extreme right wing. So a party to the left of the existing ones, but not a lefist party (any mention of left seems to frighten the voters here anyway).

Then offer commonsense actions for the real world – though not necessarily easy. For example:

That is all so 1950s consensus reality they could call themselves the Conservative Party and it would I suspect fit quite well with a lot of Australians.

Agree, but the Australian Greens, a ‘broad church’, do not compare well with German Greens e.g. Brown was a potential Liberal Party MP and admirer of Menzies….

Further, not getting sidetracked on confected Anglo nativist issues like ‘population growth’ and/or ‘immigration’ or suggesting students etc. must go back to where they came from (while not applying same to Oz citizens)….. simply helps to deflect from the need for robust carbon emissions, environmental regulation, EVs, solar/renewable sources, green infrastructure etc.; they have been misdirected on policy in the past…

In the short term they could or should be interrogating the Vic Labor govt. on the need for EV taxation?

Even better, call themselves the Conservation Party!

It’ll sell a lot of subscriptions and create a lot of angst though.

Neither cute nor pessimist I’m afraid.

I’m hoping those sixteen million + colours don’t get grayed out by the prevailing forces of non thought often found in Australian media like crikey and Murdoch press.

Why I think the Greens deserve far more than they get…they don’t lie, and they are not hypocrites. They are peaceful and wouldn’t waste $200 billion of our money on French Submarines or $17 billion on F-35 fighter jets. Instead they would reform and modernize our aged care, health and education industries.

Do you really think they could squeeze all that luggage into the packed elevator to the top floor of hotel Oz?

Tony from Melbourne
Reply to  Anomalocarisman

Rubbish. They just want to be the next group in society driving mercs and flying around in gulfstreams. Supposed altruism can hide many ambitions.