Belittled for being angry, Alison Pennington is breaking the mould of boring economists

Anger is an emotion we’re rarely told to express. Passionate women and people of colour are often framed as overly outspoken, enraged, shrill or resentful. Their fights are discredited the second they raise their voice.

This week Crikey spoke with Alison Pennington, a senior economist with the Centre for Future Work, about what’s got her riled up this week — and how anger has worked in her favour.

Crikey: When has rage worked in your favour?

Alison Pennington: My analysis has force because I feel plenty of rage, and the immediacy of every moment. Being passionate is about giving a shit. “Giving a shit” suggests you have a moral code. I make no apologies for harnessed rage.

My rage is harnessed as a slow-burning force. I want to dismantle the logic of those creating harm and inequality and establish better systems and processes. That requires equal parts rage and optimism.

Have you ever been called out for being angry?

I have had years of experience of being belittled or seen as not serious, or as capable, because I give a shit.

I worked in budget at the Department of Finance. When policies hit my desk for review, I could envision how they impacted working Australia on the ground. I’d suggest additional assessments of clearly damaging, non-transparent government proposals. I was routinely told that caring was getting in the way of efficient rubber-stamping. “Just let it wash over you.” I was also told I was “a bit of a bogan”!

Most economists are men in corporate jobs who are actually paid to maintain this air of authority, objectivity and distance from emotion. Bringing your humanity to the table every day is much harder than hiding in silos of self-congratulatory authority, which is the way that economics is consistently being taught.

People don’t want to see impersonal suit-wearing economists as authorities and people telling them what their life is like and what it should be like. They want to see someone who talks like them, and thinks like them, or is as angry as them and as concerned as them.

What’s got you riled up this week?

There was an agricultural worker of 15 years. She provides 14 years of blemish free loyal service as a mushroom picker and then gets injured, and then suddenly, in the six months after that, there’s four disciplinary warnings against her. Finally, the employer finds “the evidence” that she can be sacked because she put her mushroom picking knife on the wrong hook.

The Morison government has gone about increasing the power of employers in our industrial nations laws to screw over workers in the workplace, and that was just a story that really highlighted the difference between rhetoric and reality.

Prime Minister Scott Morrison and the government can say that they care about women’s work opportunities and making sure women have opportunities to work and close the gender pay gap and all that but like this is what it looks like on the ground. 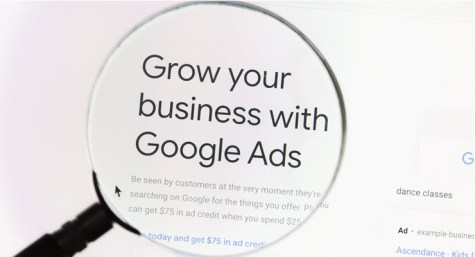 Searching times for small business. Break up, make up or go down? 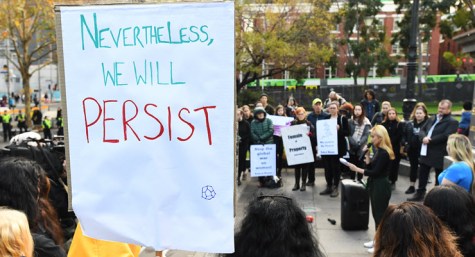 Good story, good person, but this is Australia: we have bums, not butts (see milkshake/consent video fiasco), and we have envisage, not envision. Death to US cultural imperialism.

I was furious yesterday: I went to collect and submit a Medicare form, found the cbd office whose service had seriously declined over the years had permanently closed.
This busy Medicare office originally allowed you to walk in, collect and fill in form at desk and post in box in office. Then it changed so you had to stand in a long queue to be handed the form, they were no longer available simply to collect from a pile by the door; you had to queue again to hand the form to the one person who was triaging all of the visitors to that office. A simple operation had been consciously made more difficult and time consuming for no reason but to make it more difficult for the citizen to access.
Now, finding the office had completely closed, although of course the Medibank office close by was in the same place it had always been, I had to traipse out to the suburbs.
Finally found it and I was quizzed by security guard merely to enter combined Medicare/Centrelink office, then I had to offer identification to a receptionist who checked it on her computer and after I requested the form one was finally pulled out from under the counter and I was told I must post it.

That is, I discovered that if you attempt to submit a Medicare claim in person you will be treated like a security risk and doing so will be made as difficult and uncomfortable as possible.(Of course some of us are security risks because the obstructiveness imposed on the workers in these offices quite reasonably makes the average punter angry. They’re carrying the can for an abusive government, as with the Robodebt debacle.)

And journalists still talk about the Medicare scare tactics of the ALP! What I’ve come away with is rage at the contempt with which this government treats its citizens: running down health care, presumably so they can give Murdoch $30 mill for sport and half a mill for a totally unnecessary expansion of the War Museum!
Ms Pennington and the rest of us shouldn’t have to be as angry as we are.

Your are lucky- you actually found a Government office to walk into and talk to someone – now the only way people can access public services is to buy a computer, get an internet provider and send a message-and wait. – great for the elderly and the disabled and the unemployed.and those needing government services.

This is the model of diplomacy that North Korea uses i think.

What a refreshing blast of straight talking and commonsense. I like people who give a shit….. I do too.