With his $1 billion Boral raid paying off in spades, Kerry Stokes has raised another $500 million. Who will be next on his shopping list?

Back in the roaring ’80s, it was quite common for wealthy entrepreneurs to launch on-market share raids and battle for control of public companies.

Heaven forbid, this was a time when Sydney stockbroker Rene Rivkin once launched a personal takeover bid for QBE, a global insurance company now worth $14.1 billion.

Kerry Stokes is the last surviving entrepreneur from those days who is still pursuing old fashioned corporate raiding.

Look no further than the $1.07 billion that his Seven Group Holdings has splurged buying a 23% stake in building products company Boral over the past 12 months. This play is going beautifully, with the stake now valued by the market at $1.7 billion. 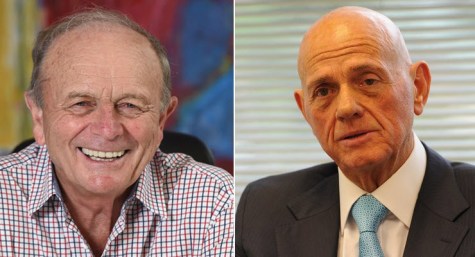 And there’s more to come. Stokes’ Seven Group Holdings raised a lazy $500 million through an institutional share placement priced at $22.50 this week. This diluted his personal holding down from 61.2% to 58.5%, but he remains firmly in control.

Given that Seven Group owns 41% of the associated Seven West Media, this latest equity raising means that Stokes’ personal stake in Seven West has been diluted down to just 24%, but he remains firmly in control as chairman of that company too.

The latest $500 million placement was the ultimate corporate vindication for Stokes because institutional investors were prepared to back his judgment to look after their money, paying record high prices. As the chair of two public companies, Stokes is now responsible for managing his own $4.6 billion stake in Seven Group Holdings, plus third party minority equity which is currently valued at $3.15 billion in Seven Group and $462 million in Seven West Media.

In other words, Stokes is like a private equity fund whereby he has a majority stake and is firmly in control, but the public can try their luck investing alongside him. As one prominent private equity executive told Crikey: “He likes to fight and he doesn’t lose many.”

The $500 million raising allowed Seven Group to reduce its total debt from $2.6 billion to $2.1 billion.

It now has the capacity to keep creeping up the Boral share register and Stokes will no doubt return at this year’s Boral AGM seeking to add a second nominee to the Boral board after his initial request for two board seats was rejected by the independent shareholders leading into last year’s AGM.

The most puzzling thing about Stokes in recent years has been his reluctance to put any more money into Seven West Media, which has seen its shares recover nicely to around 50c. The stock was trading below 10c a year ago, but he declined to top up his stake, creating perceptions that the debt-laden outfit might go broke.

Seven West Media has now got its net debt down below $300 million and is recovering nicely on the back of the Google and Facebook deals, plus the $65 million it raised from the recent Airtasker float, although it could have done better than to dump its entire stake at the float price of 65c when the stock has since doubled to $1.31.

However, when you consider this list below, Seven West Media is really just a side-hustle for Kerry Stokes given that his core wealth is tied up in a diverse range of investments controlled by Seven Group Holdings spanning the likes of Caterpillar franchises owned by WesTrac, equipment hire giant Coates Hire, Beach Energy, Boral and even some iron ore plays in his home state of Western Australia. 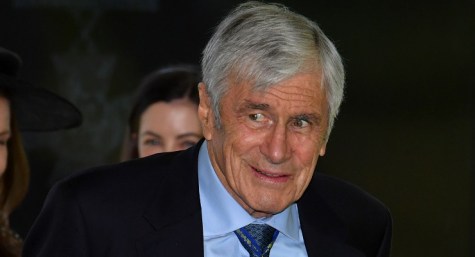 A quiet word into your subbie’s ear re this sentence in today’s prologue: “Billionaires are the other big-ticket item today, with Stephen Mayne honing in on corporate raider Kerry Stokes”
To hone = to sharpen, to refine or perfect
To home = to focus, to aim.