Jim Steinman, pop genius behind Meatloaf and others, departs the earth — taking much of the ’70s with him

From one angle Steinham's work was ridiculous. From another it was a triumph, wringing from mainstream American popular culture one last conquest.

There’s thunder in the sky, and a killer’s in the bloodshot streets, and Jim Steinman has passed on, taking much of the ’70s with him.

The writer of Meatloaf’s Bat Out of Hell, of Bad For Good, of … er … Bat Out of Hell Two, and numerous other classics — including the insane Total Eclipse of the Heart — has gone, at the age of 73. Who dies at 73 these days. It’s almost gauche. Twenty seven or 52 or 90, please.

But how do you memorialise a man, the bulk of whose work was done in bubblegum pop turned into mini-operas, like Bayreuth done out of spun sugar? From one angle the man’s work was ridiculous. Yet from another it’s a triumph, wringing from mainstream American popular culture one last triumph, the culmination of a culture of self-confidence and continuity, the point at which the country, the empire, was still revelling in its own capacity to create a culture that conquered the world, but only through a parodic version of it, a portent in a convex mirror.

Yes it’s another gen-X-marks-the-spot memorial. But there is no alternative. Everything about Bat Out of Hell, which landed in 1977 and has never stopped selling in truckloads, is ridiculous — from barrel-chested would-be opera-singer-turned-OK-actor Marvin Aday’s choice of the stage name “Meatloaf”, to New York musical theatre student Steinman’s obsession with the gold-lettered books of myths and legends in the esoteric bookshops.

Out of it came an album which, together with Bruce Springsteen’s Born to Run of the previous year, announced that the first period of rock ‘n’ roll had reached its culmination. Bat Out of Hell (the song), You Took the Words Right Out of My Mouth, and, oh god, Paradise By the Dashboard Light, powered by the energy of ’50s rock overlaid with the operatic chorea of the “wall of sound” and driven by a fusion of American teenage-hood with airbrushed panel-van art versions of tragic love from the European myth bank — valkyries on Harleys and all that.

Yet, hell, there must have been a lot of us, because there was a time when a copy of Bat Out of Hell was owned by everyone — even if, as the years went by, many were increasingly reluctant to admit it.

At the time it was Springsteen who looked like the real deal, Meatloat the, well, filler of power-pop, suspended somewhere between the archangels and the Archies. Now Springsteen’s mid-70s self-remodelling — the bearded beatnik rock poet become the flannel-shirted fauxletarian — looks like the naïve performance, Meatloaf and Steinman’s version the more knowing and durable.

Bat Out of Hell was produced by Todd Rundgren, whose translation of Phil Spector’s “wall of sound” to a 24-track environment gave songs an operatic space without tipping into Spector’s rococo, and reminds us once again that the producer is the wizard, the true star of rock ‘n’ roll.

On a hot summer night would you offer your throat to the wolf with the red rose? I bet you say that to all the boys. Bat Out of Hell is a ’50s memory piece, but of a cultural echo by the 20-something Steinman, part of the ’70s nostalgia for the decade before the ’60s; the last time when there was something that resembled an unconscious in the classic sense.

The mid-70s is American pop culture’s mannerist moment, which announced that the cultural memory was essentially full and must now content itself with refashionings of the vast excess of three-decades of movies, music, books, drugs, sex, magic bus trips and all the rest. Aday, as Meatloaf, was the perfect vehicle for that — a fat Elvis avatar in a frilled white shirt, raging across the stage in front of a 15-piece band, regularly requiring oxygen at the end of each performance.

That shirt! Meatloaf looks like a singing fudge sundae, anticipates Devo and Talking Heads and Mark Kostabi and much more. But from within the last of modernism, the fast fading hope that things might be glorious and more than you could possibly imagine, and that the shopping mall might be the enchanted Earth, and that the gates of Valhalla might open (and to clarify by that I mean sex).

What was it like to have this hit you in Australia? Absolutely extraordinary, better than being American, I suspect. There were no malls. Colour TV was two years old. California was a distant rumour from the movies, which played in single-screen cinemas. McDonald’s was the succulent, deliquescent food of the gods, available from a dozen outlets, embassies of excess. 7-Elevens looked like they had come down from space. America was absolutely hyperreal, so close yet impossibly distant.

The Americans have colonised our subconscious, Wim Wenders remarked from Germany, but he didn’t know the half of it. To have no culture of your own, and one like it essentially occupying all the interstitial spaces of yours, is to have access to a fantasy that no one else — least of all Americans, stuck in the shitty real of actual America — could actually experience.

No wonder Australia invented the tribute band, our gift to the world. We were the first to enact the idea that the replica was superior to the real. No coincidence that the creator of Rocky Horror was an antipodean. The best thing the Rolling Stones and everyone else did for us was to not come here for decades at a time. We were the anthropologists of a culture that consumed us, participant-observers of our own lives.

That space has now closed and the pleasures of popular culture are different, but I have absolutely no idea what they are — Taylor Swift worship aside. (As Paul Schrader, another ’70s standby, recently remarked: “Taylor Swift is the closest thing we have to the godhead in this country. We only live by her good graces. She is the essence of the life force … If Taylor were to leave us, everything would fall apart.” And I know he was not joking.)

Indeed, you can hear Steinman’s work in Taylor’s best stuff, the perfect split-difference of pop angst and parody, songs and videos. You may as well surrender to such popular culture, because future generations won’t be able to tell the difference.

The Blank Space video will be seen as one with the Douglas Sirk movies it perfectly imitates, and Bat Out of Hell will join the ranks of the Meistersingers.

Or maybe not. Who knows? Who cares? Steinman wrote another several dozen great songs, full of irony and wit and extraordinary craft, a few of them ruined by the context they were performed in. Total Eclipse of the Heart! Bonnie Tyler! Those schoolboys! With the glowing eyes! Whut? (The ’80s is a whole other story.)

But heaven couldn’t wait for Jim Steinman any longer. And look, if you think all of this is a bit over the top, then you need to listen to the goddam album again.

Borne up to your vinyl Valhalla, rest in power pop Jim. 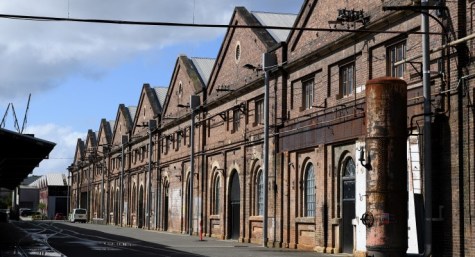 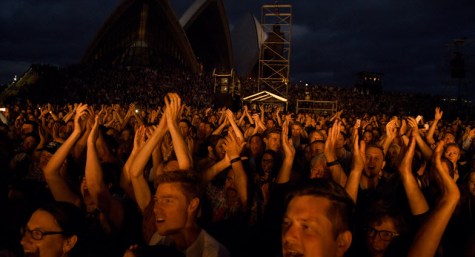 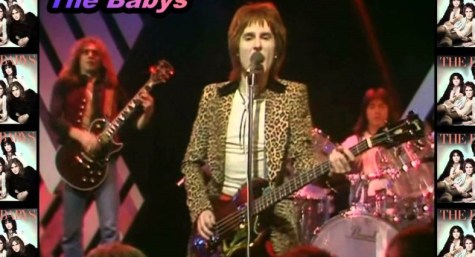 Guy has correctly described the cargo cult in Australia

Speak for yourself Guy, Meatloaf is crap.

Agree… but he ‘was’ a genuine talent, a legit rock god, n his prime.

Exquisite tribute. I think I played Bat Out of Hell every night for about three years straight, straddling puberty, sister’s nicked cassette on a tinny Casio, with home made stereo headphones, in the farm sleepout, half a yonnie backhand from the Murray. That, and the Beach Boys golden summer mix. My sister and I used to holler the Dashboard lyrics word perfectly (still could today), not a clue what it all meant.

Thanks for this glorious piece Guy. It quite made my day.

“a fat Elvis avatar in a frilled white shirt” is a pretty hard line to top.
But then in the very next para we get “Meatloaf looks like a singing fudge sundae.”
On fire today. 🙂

Goodness, it turns out I still know every word.