A far-right group's hate-filled manual offers duplicitous methods to get their cause right where they want it — in the press spotlight.

A leaked manual of an active Australian neo-Nazi group reveals how its members manipulate journalists into unwittingly amplifying their hateful message, helping them recruit new members.

The National Socialist Network is a relatively new far-right group that formed out of two previous groups, the Lads Society and Antipodean Resistance.

The group has been growing in size and activity. Since a gathering in the Grampians in January, the group’s leader has been charged with assaulting a security guard and two of the group’s members were arrested for possessing an improvised explosive device and extremist material respectively. 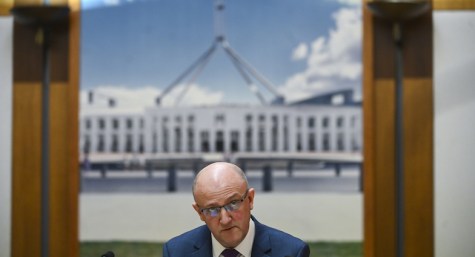 An internal “activism” manual published in October last year was recently leaked online. The 112-page manual lays out the group’s strategies to achieve its goal of growing its membership in pursuit of creating a “white ethnostate” — a violent and racist end goal.

Key to achieving these goals is leveraging the attention and outrage of others through traditional media and social media.

“Activists are responsible for bringing the national socialist message to white Australians, staging media provocations to make the organisation itself better known and recruiting suitably committed people into the organisation,” it says in the opening pages.

The group maintains public-facing social media accounts on a variety of platforms where it publishes photographs and videos of its activities.

In one section, the manual’s author writes specifically about “media baiting”, a practice of enticing journalists to write about the group and its activities (which includes stickering, postering, handing out flyers, and posing with flags).

“Media baiting is a huge portion of our recruitment drive. There are currently hundreds of minor nationalist groups in Australia, but none of them ever amount to anything without media attention,” it reads.

“Even if the articles are mostly negative, the readers of the article are not the target audience. We are trying to win over youth who are already sympathetic to the cause and are seeking an outlet for their views.”

The guide recommends members pose as ordinary citizens and contact journalists with pictures of the group’s efforts.

“Making a fake profile of a non-White [sic] and sending in a fake story to news agencies about how the organisation’s activist material profoundly impacted your life is a great way to get them to print a story about us,” it reads.

The manual also encourages members to place stickers, posters and leaflets in places where it will draw the ire of anti-fascist groups.

“When people care, they share. It is easy to gain publicity through anti-fascist networks bragging about taking down our stickers/posters,” it says.

A preoccupation with optics is present throughout the manual. The author repeatedly instructs members to be fit, dress well and have good grooming, telling them to imagine they’re being filmed by a media outlet at all times.

Analysis using the digital media tool MIT Media Cloud shows that more than 200 articles about the group have been published in Australian national, state and local media in the last year.

Some of these include reports in some of Australia’s biggest publications about low-level stunts, including posts made on social media and photographs of members at landmarks. These strategies are consistent with other extremist groups around the world.

Whitney Phillips of research organisation Data & Society documented in the seminal report “Oxygen of Amplification: Better Practices for Reporting on Extremists, Antagonists, and Manipulators” how extremists and bad actors were able to hijack the media in the lead-up to the 2016 election to amplify their messages.

“Reporters and editors should be equally aware that extremist groups, along with other groups of media manipulators, are eager to use journalistic norms as a weapon against journalism,” she wrote.

Phillips recommends considering whether there is a broader public health, political or social point that justifies covering the activities of extremists.

A statement released last week by online anti-fascist group Jews Against Fascism sounded the alarm that Australian Jewish media publications were specifically being “manipulated” into unwittingly assisting extreme organisations by drawing attention to them.

“At this point, is there anything new that Nazis are saying about us that we can learn from? Have we forgotten how much they hate us that we need to be reminded? There is no value in sharing this content if it is only to remind us that they plan to commit genocide against Jews, again,” they wrote.

“Things are getting terrifyingly worse, but it is not Nazi trolling we should be afraid of.”

Australian far-right researcher Kaz Ross notes that National Socialist Network has copied the media strategies from one of its parent groups, Antipodean Resistance.

“They know that the best way to attract attention and to get members is to provoke vulnerable groups … but on the other hand, if you don’t discuss them, then people in broader society won’t address this problem,” she said. 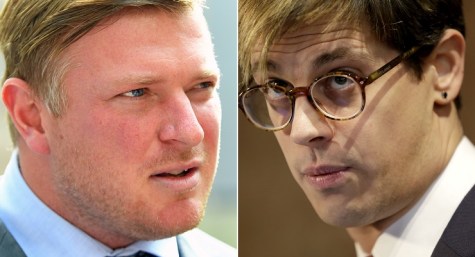 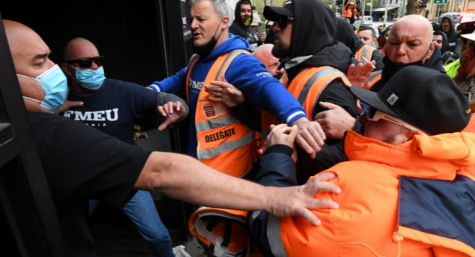 CFMMEU or neo-Nazis? Victoria’s anti-vaccine mandate protests had both 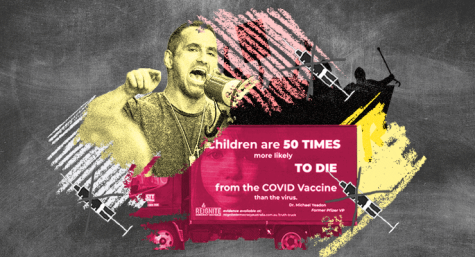 Kids on the frontline: the anti-vax tactics against juvenile COVID jabs

“Quite why the horses have to bear so much responsibility isn’t clear, but it’s good to see at least one agricultural sector will make a contribution.”
Having ridden many times on pony carts when living in a village many years ago, I might surmise that it’s their exhaust gases.

Interesting but related issues, we are observing the physical and/or media manifestations of neo-Nazis or similar with focus upon nasty individuals and/or groups, but ignores the extreme words, themes and literature we hear in the mainstream?

Example is how the Christchurch shooter, in global inc. US media, has the ‘great replacement theory’ based on ‘immigration’ and ‘population growth’ i.e. eugenics, central in reporting; Australian media try to avoid as even MPs, ‘experts’ and some environmentalists cite the same……

He was a visitor to and admirer of the white Australia policy (also liaised with SPA) and central to Trump White House immigration policy via Miller et al. (also still strongly influential on the UK’s); the SPLC has a detailed extremist file on Tanton while according to the Washington Post (18 July 2019):

Success. You have delivered for them again but I hope next time you learn. Key is to find close associations with persons in positions of influence and call it out

it’s a bit of a brain stretch to acknowledge because it is so common, .Bt this is the modus operandi of ACA , shock jocks and Neocons in general. Highlight the fear regardless of its worth or significance to gain attention.

The only good thing to come ot of this is that people will begin to recognise these strategies, who else uses them and what they have in common, a deliberate effort to weaken a sense of broader community and egalitarianism.

I was thinking The Daily Telegraph.

Those “quotes” seem oddly grammatical and well written.
Methinks Cam has been pwned.