What is the European Super League, and just how destructive is it?

Will this breakaway football league destroy the world's most popular sport purely for the sake of greed?

The world of association football was thrown into chaos at the weekend when 12 major clubs announced they would form a breakaway league and governing bodies threw threats of bans and points deductions.

So what the hell is actually going on?

So far some of the biggest teams in Europe have signed on: English giants Manchester United, Manchester City, Chelsea, Liverpool, Arsenal and Tottenham Hotspur, Italians Juventus, AC Milan and Inter, and Real Madrid, Barcelona and Atletico Madrid from Spain. So far no teams from Germany or France (let alone smaller nations) are involved. Indeed, Bayern Munich and Borussia Dortmund of Germany and France’s reigning champions Paris Saint-Germain have all turned it down.

Ultimately the aim is a 20-team “super league” of Europe’s biggest clubs, with 15 permanent members and five qualifying by other (as yet unspecified) means.

Why is this happening?

Greed, ultimately. The big clubs have long complained about not making more money from the UEFA Champions League, the lucrative 32-team tournament which pits the biggest clubs in Europe against one another. The threat is to break away and form their own league where they get all the astronomical sums of money generated by sponsorship and TV deals.

It’s distinctly possible this threat (which has loomed over negotiations between the clubs and governing bodies for years) is just the boldest and most explicit gambit at improving their share yet. For what it’s worth, the teams are hardly being stiffed at the moment — netting a handy 2.7 million euros a win (A$4 million) in 2018-19.

But the sums being thrown around this new league are eye-watering; 3.5 billion euros (A$5.4 billion) just for signing up, and uncapped “solidarity payments” of potentially more than 10 billion euros a year (A$15.4 billion).

What does it mean for the game?

So the super league not only guarantees the continent’s biggest clubs access to the biggest and most lucrative audiences, it guarantees it to only them. Thus they are saved the hassle of having to, you know, play well. To put it in context, Chelsea, Liverpool, Tottenham and Arsenal are, for all their riches, failing to qualify for Europe in the English league.

So the league would further entrench an already mad inequity in professional football: the achievements of teams that have managed to achieve a high finish with more modest resources would be less likely to be rewarded. It’s a move that could only be backed, as Guardian football writer Jonathan Liew put it, by someone who hates football.

What do FIFA and UEFA have to say?

UEFA, in conjunction with its member federations (including England, Spain and Italy), has threatened to ban the breakaway teams from their domestic competitions. FIFA, meanwhile, has said it could ban rebel players from taking part in intentional competitions like the World Cup — not to mention regional international competitions and European Championship and probably other regional tournaments like the Copa America, Asian Cup, Gold Cup, Africa Cup of Nations and Oceania Nations Cup.

But it’s the big clubs who hold all the aces. After all, does a La Liga without Barcelona and Real Madrid pull in anything like the same number of eyeballs worldwide? What of a World Cup from which most of the world’s best players are banned?

Let’s just say no one outside the clubs seems happy. Former England and Manchester United defender Gary Neville summed up the views of many:

It’s an absolute disgrace. We have to wrestle back power in this country from the clubs at the top of this league — and that includes my club. It’s pure greed, they’re impostors. The owners of Man United, Liverpool, Chelsea and Man City have nothing to do with football in this country. Manchester United, Arsenal, Tottenham aren’t even in the Champions League. Have they even got the right to be in there? They’re an absolute joke. Time has come now to have independent regulators to stop these clubs from having the power base. Enough is enough.

What do you think of the breakaway league? Write to letters@crikey.com.au. Please include your full name to be considered for publication in Crikey’s Your Say section. 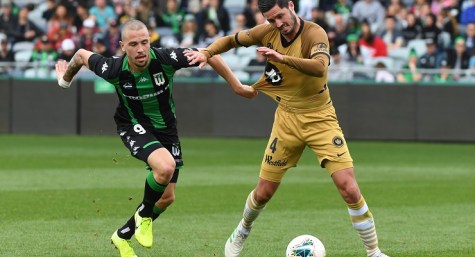 This season is make or break for the A-League 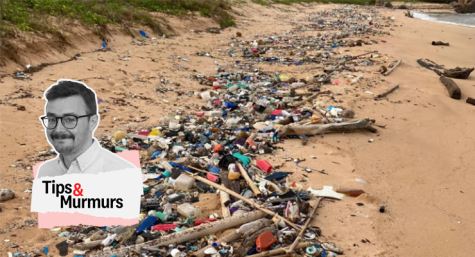 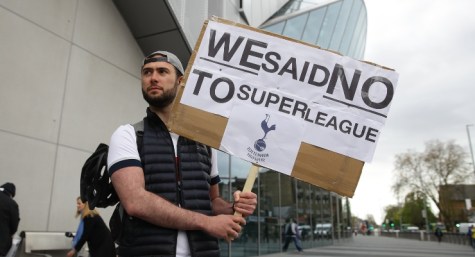 Seems that the great argument people are making against the concept is that there is no promotion and relegation system in which all have to play well to stay in the league. In and of itself it’s actually a great concept. US owners now finding their way into the EPL in particular clearly want a static league like they are used to in US professional sports. And in many leagues it’s the same group of teams going up and down each year, up one, down the next, up again the one after that. Sort of makes the whole concept a bit meaningless. When was the last time a team went from the bottom tier to the top and won the big prize in a major competition? It was actually Rangers who were dumped to the bottom of the Scottish system in 2012-13 after they went bankrupt and they then worked their way back up, taking four years to rise three tiers back to the top and winning the Scottish Premiership title this year. But theirs is a special case.

PSG, Bayern, and Dortmund may have said no, but I wonder if they are just being careful and waiting till it’s a certainty before jumping.

I wonder if some compromise will be reached with UEFA and FIFA who after realising that they too can get their hands on some of this lucre allow this to proceed. Perhaps with some immunity from relegation for a specified period for the original clubs. And the whole thing becomes the top tier for all European football, with the current 12, plus PSG, Bayern, Dortmund, Ajax, PSV Eindhoven, FC Porto, Glatasaray, and Dynamo Moscow all competing. It would rate it’s little cotton socks off globally, would be a merchandisers wet dream, and would have rivers of gold flowing into the already most powerful and richest clubs.

When all the sides involved, rich clubs, UEFA, FIFA, are on the same spectrum as money launderers and organised crime, perhaps the whole thing should come crashing down?

There are also parallels locally with the AFL dominating (no promotion/relegation) but in the lower tiers e.g. the third tier in suburbs and the bush where a handful, sometimes only one team, dominate the whole competition, which has become hollowed out.

In Europe, if promotion/relegation was available it could have legs…..

Why is this article taken up space in this parish?
Is there a shortage of real or relevant news?