In praise of all Mrs Bornys: it’s time to bottle and share the essence of great teachers, not bash them up

The Coalition has begun another education review, again focusing on teacher training. Why doesn't it ask those at the coalface how to overhaul the system?

Anh Do remembers the teacher who made all the difference to him: “Mrs Borny not only taught us drama, but also how to write it, creating stories from scratch. One day she said to me: ‘Anh, you’ve a very talented storyteller.’ She had no idea how far that one line of encouragement would take me.”

Professor Peter Shergold — a university chancellor and well-regarded former senior Commonwealth public servant — also remembers a teacher, Stewart Norman, who went against others in their assessment of him. “His recent written work has shown considerable perception and understanding and the ability to express his ideas clearly”, Norman wrote.

Through literature, one of our biggest contributors to public life learnt to lift his gaze: “With enormous insight he guided me, and many of my unruly mob, towards an appreciation of Shakespeare.”

Shergold started with “the dirty bits”, glossed over by other teachers, before learning that Benny Hill’s double entendres were “part of a rich British cultural tradition”.

Health Minister Greg Hunt nominates Marilyn Hamilton-Smith, his Year 2 teacher, as his favourite: “She gave me the sense that despite the rough and tumble of seven-year-old life, school could be a warm and welcoming environment.”

Shergold, Anh Do, Hunt and a string of others — including this writer — contributed to a book, My Favourite Teacher, (edited by Robert Macklin) a decade ago, which tracked the role played by individual teachers in people’s lives. For me, it was a maths teacher, Gary Dawes, who made me see the possibilities of dreams beyond the small country town I called home.

But what stands out when you ask someone about their favourite teacher, is the reason why they are remembered. Mrs Borny saw something in Do that others didn’t. Shergold was seen as a bit of nuisance by others, but not by Stewart Norman. Marilyn Hamilton-Smith made Hunt feel safe. And Gary Dawes taught me the importance of looking at the sky.

Consider your own schooling. Was it the teacher’s in-depth knowledge of trigonometry or their ability to communicate a way of problem solving that made a difference? The details they could recall on something that happened some time somewhere in ancient Greece? Or was it the passion they passed on for a lifetime love of history? 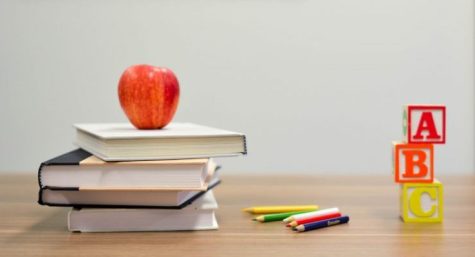 Last week the Morrison government decided on yet another plan to try to lift Australian students in the international ranking stakes, particularly in maths and science. And guess what? It immediately directed its attention to initial teacher education courses because that is seen as the gateway to stemming declining academic standards.

But is it? We’ve now had a million reviews into teacher training, and the result almost always ends up in a giddy campaign to teacher bash.

If we’re going to arrest declining academic standards, we need a roots-and-all probe into the national education system, and anything short of it is unlikely to make a difference.

What about the times schools operate? Research shows teens are better learners later in the day than in the morning, and some schools have changed starting times to address that. What about the importance of individualised learning programs? What about the inequities in the system which were shameful during COVID lockdowns? Some schools had face-to-face daily classes and in some cases teachers — yes, teachers — photocopied the required work and dropped it off to families.

The review has promised to consider how to attract good people into teaching, and how to make them effective teachers. But what makes an effective teacher? How students are taught is probably more crucial than what they are taught.

The government has a target of returning Australia to one of the best academic performers within the next decade. But disgraced Liberal MP Andrew Laming is shining example of a very, very clever academic graduate (a doctor, a medical specialist, and three masters degrees — including one from Harvard) without a leadership attribute to his name.

Is that what we want?

If this review is to have any impact, it needs to consider the attributes of those teachers who have the ability to change the trajectory of students — teachers like Mrs Borny and Stewart Norman and Marilyn Hamilton-Smith and Gary Dawes, and the thousands of others who are making a real difference to some child today.

Why don’t we start asking them — and the principals — how they’d overhaul the education system to improve academic standards?

Who do you think would be best placed to know how to overhaul the education system? Teachers, or bureaucrats? Write to letters@crikey.com.au with your thoughts. Please include your full name to be considered for publication in Crikey’s Your Say section. 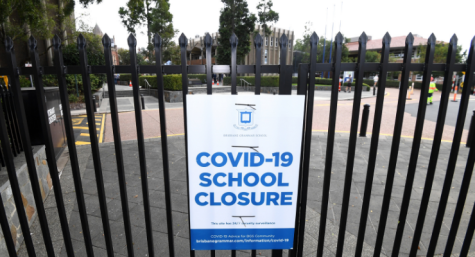 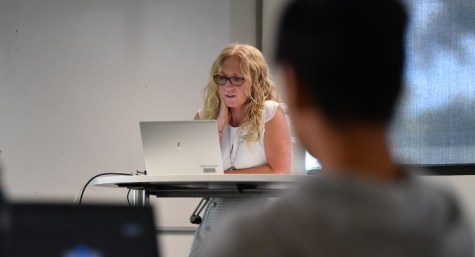 Silver linings: COVID’s jolt to the education system could be just what it needs

I would have thought that the place to start is not with teaching “soft skills”, teamwork, etc., and certainly not asking principals who have been getting it so wrong for so long. Surely the first thing to do is look at what’s happening in countries where the education system really does educate, and see if there are things in the teaching methods that are common to those countries.

Agree, and not just the reflex for the Finnish model of a master degree and high pay, which according to Finnish education friend is only partially true.

But yes, what happens elsewhere on innovative teaching, learning and assessment, plus curricula content (often negatively targeted e.g. gender/LGBT), versus importing the retro anti-education philosophies, even whole courses, of the US, used or promoted by GOP, Koch thinks tanks and evangelical/conservative Christians.

In the short term much has been about disrupting science education and literacy to subvert climates science and regulation. The long term objective is more about creating obedient white Christian nationalist voters, without the skills of analysis and critical literacies to challenge power.

Credentialism will be the bane of the meritocracy. This idea that we can just get a certificate to prove our worth isn’t leading a better society – just one where we all need to run as fast as we can to stay in the same place.

If governments really cared to improve education, there’s a world of data out there to use. Methinks what might actually work with inevitably conflict with some ideology (not least in Australia’s case that public schooling is for the unwashed masses and private education should be supported for those who are willing to give their kids a leg up) and we get a half-arsed solution with a distinct political agenda.

In light of that, calling for more credentials is an approach that can’t do more harm – other than to the teachers forced to do more arbitrary box ticking exercises.

Talk to teachers. Follow-up students a couple of years after graduation. Let teachers teach, not be swamped with paperwork. Give them the time and resources to develop programs. Stop constantly changing the curriculum. And if the curriculum is changed, make sure the resources are available for teachers. If kids need individual programs, ensure their teachers have the resources to provide them. Stop basing funding on academic accomplishment – kids know they can get away with being lazy because the school doesn’t dare fail them. Give teachers avenues to promotion that don’t take them out of the classroom. Stop the expectation that teachers are supposed to devote their lives to school and students – it’s a job, teachers have families too.

I’m convinced that too many people in charge are just unwilling to speak to those on the frontline because:

a) they went to school, so know what good school looks like. It’s whatever they did 3 decades ago.
b) think too many teachers are secret Marxists

Ultimately, if they want to arrest declining results there are two simple fixes.

One: Increase pay of teachers to better reflect the sheer workload.
Two: Decrease the meaningless admin that gets in the way of good teaching.

I still can’t believe that Crikey has taken on the likes of Madonna King. For godsake, Crikey, get over yourself. Or I may have to cancel.

It must be due to there being so few decent journos. seeking honourable employment.
Over than 20yrs ago it was found that more than half of journos. were employed in government & industry as PR & spin merchants.
What must the proportion be now?