Good morning, early birds. NSW parliamentary inquiry into Aboriginal incarceration has unanimously proposed that the state’s police watchdog investigate deaths in custody to stop “police investigating police”, and the TGA is investigating the death of a 48-year-old diabetic woman who developed blood clots after receiving an unspecified COVID-19 vaccine. It's the news you need to know, with Chris Woods.

WHO SHOULD GUARD THE GUARDS?

The inquiry was called during 2020’s Black Lives Matter protests and included Liberal, Labor, Greens, Nationals, and One Nation committee members. They have made 39 recommendations including for the LECC to appoint a senior Indigenous statutory officer to provide judicial and cultural expertise in investigating Aboriginal custodial deaths; raising the age of criminal responsibility from 10 to 14 years old; and reforming the Summary Offences Act to exclude “obscene language” as grounds for arrest.

Yesterday, the 30th anniversary of the Royal Commission into Aboriginal Deaths in Custody, also saw Labor’s Indigenous affairs spokesperson Linda Burney pledge more than $90 million over four years for a national justice reinvestment program, to be designed by more than 30 communities and focusing on rehabilitation, family and domestic violence and school retention.

The news follows a national day of action last Saturday — and protests in Perth yesterday — where the families of people who had recently died in custody issued 10 demands via the National Aboriginal and Torres Strait Islander Legal Services. These demands included that the last of the still-untouched royal commission recommendations be implemented; replace the “police-investigating-police” model with independent bodies; and for governments at all levels to urgently redirect money from prisons and violent, punitive policies to Indigenous-led solutions in schools, healthcare, and healing programs.

The Therapeutic Goods Administration is investigating the death of a 48-year-old diabetic New South Wales woman who developed blood clots after receiving an unspecified COVID-19 vaccine, although the ABC notes the agency has stressed there is no currently known link to the drug.

The broadcaster understands preliminary tests proved inconclusive and more tests are needed to confirm what role, if any, the vaccine had in her death. NSW Health would not comment on specific cases but offered its sympathies, and noted that many “conditions” could arise during normal life, regardless of receiving a vaccine, but anyone who experienced adverse effects post-jab should consult their doctor.

Elsewhere, Scott Morrison suggested vaccinated Australians may be allowed to travel overseas and return home without entering hotel quarantine, but — expanding on Greg Hunt’s comments that the questions surrounding vaccine efficacy and duration mean Australia’s international border may still not open even if the whole country is vaccinated — said opening the border could result in “1000 cases a week or more”.

And to our north, The Sydney Morning Herald reports that Papua New Guinea will begin vaccinating its frontline health workforce in coming weeks after receiving 132,000 doses of the AstraZeneca vaccine through the COVAX initiative.

Finally, in a relatively light political scandal, Liberal councillor and former deputy mayor of Sydney’s Inner West Council Julie Passas dared colleagues to call police during a combative meeting on Tuesday, The Sydney Morning Herald reports, after she refused to leave when the majority of councillors voted to have her removed.

Councillors were debating an item on swimming pool fees when Labor mayor Darcy Byrne warned Passas to stop interrupting, eventually calling the successful vote, clearing the room, and, after she refused to leave, declined to call the police and adjourned the meeting.

Passas later claimed the incident was “a set up” over her planned (non-legally-binding) motion calling on Byrne to step down, who in turn claims it is an attempt to silence his criticism of the NSW government’s handling of community grants through the Stronger Communities Fund.

PS: As the paper notes, Passas was ordered by a tribunal to pay her neighbour $2500 over “homosexual vilification” for, while deputy mayor, calling on him to remove his rainbow flag and comparing it to an ISIS banner. Byrne is also fighting allegations by the NSW Office of Local Government that he abused his power in using a council vote to quash allegedly defamatory comments on social media about him and other councillors.

[Reporter]: The war crime allegations in Afghanistan, could we have done better?

There will be a time to talk about those things. Today is not that time.

Announcing the end of an almost 20 year war considered a failure by really any metric is, according to Australia’s prime minister, simply not the time to discuss all the war crimes we committed there.

Not for nothing, Assistant Defence Minister Andrew Hastie just took it upon himself to remind soldiers their “core business” is the “application of lethal violence”.

Good riddance to a bad war: Afghanistan forever war inflicted a colossal and ongoing cost on the West

“The advocates of forever wars will never admit it, but the Biden administration’s decision to withdraw all troops from Afghanistan by the 20th anniversary of 9/11 — and the consequent decision by other nations like Australia to do the same — will bring to an end a war that made the West less safe against terrorism and corroded Western military forces for an extraordinary cost that will continue to be paid for decades to come.

“Along with Iraq, Afghanistan stands as one of the greatest policy failures of recent decades, with a horrific human and economic toll. This is all a result of the hysterical abandonment of reason in the wake of 9/11 by Western leaders like George W. Bush, John Howard and Tony Blair — and what they believed were the political benefits of embracing militarism.”

How will US troops withdrawal affect the peace process in Afghanistan?

“The Taliban have already insisted on a strict interpretation of the May 1 withdrawal clause. The worst-case scenario is Taliban members conclude the US has violated the Doha deal by staying past the deadline and tear up the agreement, relaunching attacks on US forces and rejecting the Afghan peace process. In an indication of the Taliban’s fixation on US withdrawal, the group’s spokesperson tweeted hours after news of Biden’s plan broke that the Taliban will not participate in any Afghanistan conference ‘until all foreign forces completely withdraw from our homeland’.”

“Last week, Dutton announced that his first priority as defence minister was to repair a morale slump across the Australian Defence Force, and remind troops the government ‘has their back’. The subtext to this is pretty clear.

“Last November, the Brereton report detailed a string of alleged war crimes and a toxic warrior culture among the country’s most elite soldiers serving in Afghanistan. But for some in the military community, that report was read as a sign of betrayal by a government and military top brass prepared to throw soldiers to the wolves.”

‘End this nightmare’: Mascot Tower owners call for resolution ahead of possible sale

Queenslanders will be hardest hit if Australia fails to act on climate change, Labor warns

France tells citizens to leave Pakistan ‘due to serious threats’

Supporting US in Afghanistan was Australia’s only strategy ($) — Greg Sheridan (The Australian): “The Western coalition forces have thus been like a snake in a handler’s arms — always feeling they’re making progress, but actually staying in the same spot. Joe Biden is right to withdraw US troops. Australia is right to follow him out. 20 years is long enough. Australia never had a strategic purpose in Afghanistan except to show the Americans we were good allies. That is not a trivial purpose, but we had no independent strategic ambition at all. And the lethal but weirdly limited way we waged war there stored up terrible trouble for our SAS troops.”

Indigenous deaths in custody: inquests can be sites of justice or administrative violence — Alison Whittaker (The Conversation): “Inquest processes have been criticised in some quarters as enabling injustice. The royal commission found inquests: ‘merely reflected the inadequacies of perfunctory police investigations and did little more than formalise the conclusions of police investigators.’ In inquests, coroners are unable to suggest civil or criminal liability. They are also expected to rely on police and corrections personnel for their evidentiary briefs, while overseeing matters where police and corrections staff are parties with a stake in the case.”

Australian conservatives are using religious faith as a cover for misogyny — Lyndal Rowlands (Jacobin): “While much of the focus in Australia remains on Hillsong and Pentecostalism, conservative Christian politicians come from all denominations, including the more established and mainstream Anglican and Catholic churches. For example, moderate Victorian Liberals have claimed that the party’s religious right is stacking branches with Mormon and Catholic groups in order to preselect more conservative candidates.” 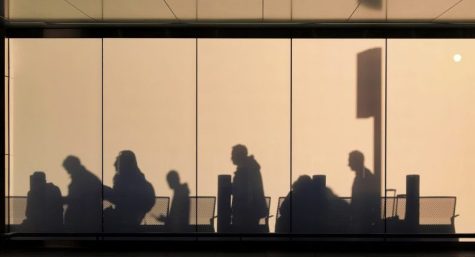