Good riddance to a bad war: Afghanistan forever war inflicted a colossal and ongoing cost on the West
‘The time’ is never right for Morrison to talk about the tough issues
Suffragette, martyr or out-of-touch CEO? Let’s keep Christine Holgate-gate in context
TAKEN DOWN FROM WEBSITE. DO NOT REPOST. Forget Australia Post. Here’s the real reason to attack Christine Holgate
Holgate-gate keeps opening doors and letting in a suffocating stench of hypocrisy
Winter is here for Melbourne’s CBD as city runs out of spirit and vision
Coalition’s hit on the ABC: $1b and counting, while Murdoch dominates
Optical delusions: Morrison’s popularity among women hits new low
It’s not just the rollout. Consultants are big pandemic winners, wrapped in a cosy blanket of secrecy
Linda Reynolds set to be pushed over ‘glass cliff’ for man-made NDIS shitstorm
The cult of Ben Roberts-Smith — the soldiers’ hero
Ben, do the decent and brave thing: step down
When you’re operating in an ideological bubble, a vaccine rollout will always be difficult
How good is Scott Morrison? Only as good as the men around him, apparently
Shadowy consultancy McKinsey gets another pandemic sugar hit
Classical liberalism is croaking and the Australian right is struggling with it
Weekender
Politics

From war crimes to aged care to climate change, the PM simply never has the time to discuss important issues — even when it's him who scheduled the press conference.

Yesterday’s teary press conference, at which Scott Morrison announced Australia will pull its troops out of Afghanistan by September, seemed like the ideal time to address the impact the war had not only on Australians but on Afghans. It’s been a long war, with 41 Australians killed, 39,000 deployed and devastating allegations of war crimes committed by specialist soldiers.

Yet, according to Morrison, “there will be time to talk about those things. Today is not that time”.

It’s a line that’s often trotted out by Morrison and his government: now is not the time — not today and perhaps not ever.

In June last year, Morrison attempted to shift the blame to Labor for robodebt, an unlawful scheme that cost the government $1.2 billion to settle following a class-action lawsuit. When talking about the eye-watering amounts of money, one journalist asked what Morrison would say to victims of the scheme. Many experienced depression, anxiety and changes to their life plans after being relentlessly chased for debts they didn’t owe.

“I think the time for those sorts of statements is another time, not right now,” he said.

When fires raged across Australia in late 2019 and early 2020, Morrison rebuffed calls to talk about climate change. “I’m focused on the needs of the people in this room today,” he said, before offering his priceless “thoughts and prayers”. 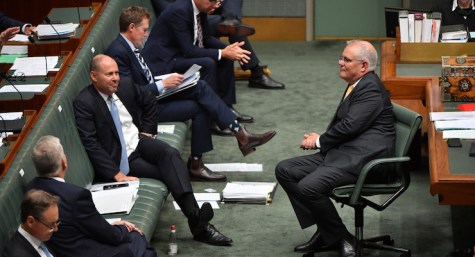 How good is Scott Morrison? Only as good as the men around him, apparently

Other Liberal and Coalition members followed suit: Emergency Management Minister David Littleproud said it was “not the time” for a conversation by people who wanted to politicise climate change. NSW Premier Gladys Berejiklian rebuffed journalists’ calls to open a discussion on climate change by saying “not today”, while Deputy Prime Minister Michael McCormack accused those of asking about the link between fires and climate change of being “inner-city raving lunatics”.

Of course, the bushfires were the perfect time to talk about cricket, which Morrison said was sure to give communities and firefighters “something to cheer for“. He also wheeled out the line to argue it wasn’t time to discuss a royal commission into the fires.

When Morrison dropped the long-awaited Aged Care Royal Commission’s report last month, he called a press conference with just 30 minutes’ notice, tabling the report during the meeting — meaning journalists had no time to read the recommendations or formulate questions.

In response to criticism, Morrison said there “will be plenty of opportunities to ask questions” — yet to date, no other conferences dealing specifically with aged care have been announced.

When addressing concerns he hadn’t been listening to women following allegations of Parliamentary sexual violence in late March, Morrison — in a sentence that doesn’t quite make sense — rejected the notion he would talk about policies implemented during his time as treasurer, minister for immigration or minister for social services.

“Now is not the time for me to run over whether as a minister for immigration or a treasurer, or a minister for social services, the keen interest I have shown in these issues, I’m not going to do that today,” he said. 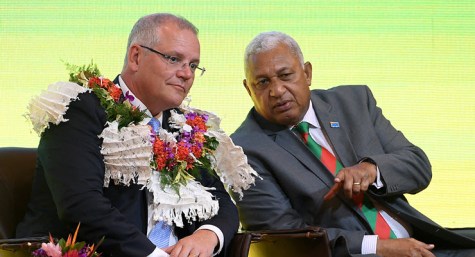 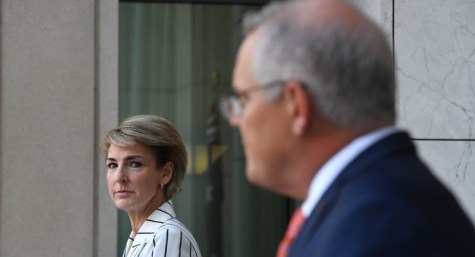 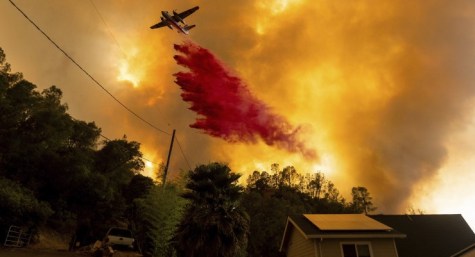 He is just so wrong, so often. And, once again, he’s wrong. Now is the time. Yesterday was the time. When Brereton’s report was released was the time. Morrison and others have failed to appreciate that Brereton was the ‘fact finding’ element of the war crimes issue. They happened. The ADF is now obliged, with government support, to explain to Australia how it will change an organisational culture that allowed war crimes to occur. Seperate, but in parallel to that work, the special investigator’s office will seek to determine who committed the crimes and what process can be applied to them. But, please remember, the ‘What happened’ and the ‘Who did it’ are two seperate things. Now is the time for the PM and ADF to tell Australians how they are going to fix a broken organisation. ANZAC day approaches, lest we forget.

I really fear the war crimes issue will be covered up and that maybe a few patsies will take the fall.
My reasons are centered around the people at the head of the department They are THE SPUD Peter Dutton, Greg Moriarty Secretary of Defence, Angus Campell Chief Defence Force. Moriarty has been involved in covering up the crimes of a small number of soldiers for years and was particularly upset at even the heavily redacted Brereton report being made public. The department has always been excessively secretive about any issues that have come up over the years by sticking classified on everything. Moriarty has been even more secretive and was pissed off when Campbell apologised to the Afghani government. Now that THE SPUD is running the debacle he has an ally in Moriarty. So expect nothing out of any further investigation and bringing to justice any miscreants.
THE SPUD has already signaled this in some comments about the army in the last week.

Correct, Wayne.
‘Now is not the time for ….’ (please fill in the blank).
I doubt that anything positive will come of this. All will be swept under the carpet as is usual with this government. That carpet is getting really, really lumpy.

What else would you expect from a moral and political vacuum or Mr All show and no substance. Morrison treats the Australian people like fools and given that they returned this waste of space to power maybe there are a sizable number of fools out and about. Morrison thrives on his ‘quiet’ (read here ‘asks no questions’) Australians to survive.

In many ways Morrison’s continued existence as PM is a contradiction as I always thought that nature abhors a vacuum.

If there is one sector of the economy that recognises the link between drought, fire and climate change it is the farmers, the very same block that put Michael McCormack’s National Party in power. The National Party owes its separate identity to the conservative voters in the Bush who consider the Liberal Party to be a bunch of “inner-city raving lunatics”.

It is certainly true that many rural folk view the tories as ““inner-city raving lunatics”” – unfortunately they also tend to think that Labor is a party of subversives hooked on Moscow (sic!) gold.

Morrison — in a sentence that doesn’t quite make sense — rejected the notion.

Amber you are much too kind. The sentence – “Now is not the time for me to run over whether as a minister for immigration or a treasurer, or a minister for social services, the keen interest I have shown in these issues, I’m not going to do that today,”– makes absolutely no sense at all.

A popular slogan from 1972 seems appropriate:

It is later than we prefer to pretend to think.
Probably too late.