Lachlan defends a racist dog-whistle. But just who’s in charge at News Corp?

As Lachlan Murdoch backs Tucker Carlson against the ADL, it begs the question, is he now the head of the family's media empire?

It requires a certain chutzpah to correct one of the world’s oldest anti-racism organisations, the Anti-Defamation League (ADL) over, well, racism, but I guess that’s what billionaire-level confidence gives you.

So, Lachlan Murdoch, working away at his day job as executive chairman and CEO of the US-based Fox Corp from his Sydney home responded to the ADL demand that Fox News sack Tucker Carlson, its lead after-dark presenter (and 20-1 chance for the 2024 Republican presidential nomination).

Carlson’s claim that the Democratic Party was attempting to replace current voters “with new people, more obedient voters, from the third world” was, said ADL CEO Jonathan Greenblatt “not just a dog-whistle to racists — it was a bullhorn”.

No, no, no, Murdoch condescended. Carlson wasn’t talking about white replacement. He was talking about voting rights. A straw man, Greenblatt fired back, “to give an underhanded endorsement of white supremacist beliefs”.

The talking point has been picked up across the US right. Expect it to surface on Australia’s own Sky after-dark and mediated back to the US through YouTube clips. As Washington Post columnist Michael Gerson wrote: “This is what modern, poll-tested, shrink-wrapped, mass-marketed racism looks like.”

It’s not the first time Murdoch has stood up for Carlson. When the presenter was forced to fire a producer with a history of racist comments, Murdoch was reported in the Daily Beast as ensuring there was no hint of an apology by the network or Carlson.

Murdoch’s intervention this week elevated the spat from one about racism in cable news to a larger question: who’s in charge in the family’s media companies? His intervention in support of Carlson makes it look like it’s Lachlan and his response reinforced growing awareness that the 49-year-old is more right-wing than his father, the 90-years-young Rupert.

In Australia, there was more eyebrow-raising evidence that they’re Lachlan’s companies from Malcolm Turnbull at the Senate inquiry on media diversity this week. “There was this crazy agenda that Rupert acknowledged to me that was the push by [now Sky boss] Paul Whittaker, and apparently with Lachlan’s support, which was that my leadership should be overthrown or damaged so that we would lose the 2019 election and Tony Abbott could come back as opposition leader and then return us to glorious victory in 2022,” Turnbull said.

Abbott is reportedly close to both Lachlan and his wife Sarah. Like Carlson on Fox in the US now, Abbott was once an opinionista for The Australian.

Whittaker is widely seen as Lachlan’s man with ambitions to move up from his current role as Sky News chief executive either to replace Michael Miller as Australian boss or all the way to New York as Lachlan’s Game of Thrones-style Hand in News Corp HQ.

The two have known each other since they were both working in Queensland in the mid-1990s. According to the AFR, they lunched in a private room at Rockpool last Thursday. Any corporate reshuffle will be read for what it says about the family succession.

Not so fast: the Nine papers reported on the weekend that Lachlan, who arrived with his immediate family last month from their Los Angeles home, expects to be in Australia “for years, not months”. His children (aged 11-16) are enrolled in school here.

Overnight, Fox confirmed that he was working US hours from Sydney until September when he would return to work in the US, although his family will remain in Australia.

Sure, working from home is the geist of the post-COVID age. But from Australia?

While Australians see News Corp as the country’s dominant media player, it’s a different view from New York. From Sixth Avenue HQ, it’s more vestigial appendix than vital organ. Savage cost cuts, including masthead closures about 12 months ago, saw the company’s tabloids in Australia, London and New York limp to a small surplus in the last quarterly report, and the Google shakedown has brought a new revenue stream.

Given Rupert’s apparent reluctance to retire (he’s still 13 years short of his mother’s life span), Lachlan Murdoch risks becoming the Prince Charles of the corporate world. As watchers of the Murdoch-inspired HBO show Succession will know, every family of billionaires are unhappy in their own way. Maybe that’s how observers should read Lachlan’s latest cross-Pacific migration. 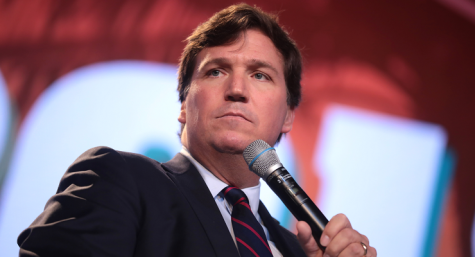 The Murdoch choices to anoint for leadership are often inexplicable. Abbott. Trump. The public will fall for it once but it’s all uphill to get them over the line a second time.

Best thing about Lachlan is his lack of self awareness regarding his own mediocrity eg see ‘Rich Kids’ by Paul Barry.

The guy has the touch of death when it comes to business but there’s always been some sort of bail out.

Paul Barry, another overpaid ABC parasite on the taxpayer! On air for what,15 minutes a week and how many staff? The left wing Luvies at HQ had better enjoy it, because just like it`s UK mentors. the public are waking up to what a total anachronism the ABC is!

The fact that the newly empowered Murdoch Jr is more a far right wing ideologue than his father may seem unlikely. But any media that News Corp retains in Australia (my guess is a sell off is in train) should be considered in this light. And all the paid sycophants and talking heads may have a challenge mainstreaming such right wing views. Meaning the Murdoch influence on our politic discourse may be on the wane.

And no doubt wants his Wife and kids to be in Australia because it’s a safer environment generally, not recognising (cognitive dissonance) that his odious right wing views are what are helping create the poison that is destroying the USA.

I don’t know who chose the two shots of messrs Lachlan Murdoch and Tucker Carlson, but, but which one of them looks to be sillier?

In Rupert’s shoes, (please never let this be so,) I’d be hard pressed to choose between James Murdoch and his older brother. At least James doesn’t look certifiable, but he doesn’t look honest either.

… as every carer learns, that look is just before the nappy is filled.

James, after a solid start as Rupe’s mini-me, realised that it was all going to Lachy.
In an act of purest principle, and absolutely no butt-hurt or spite, he has cut ties with the Evil Empire – though not the remittances – and appears to be trying put some distance between its appalling activities and himself.
Not too much though, he may still get the Call – buses can be so unforeseeable.