Leaders once understood that foreign affairs must be at the forefront of Australian policy. We need to return to those times if we hope to sooth relations with China.

The path to achieving Australia’s national interests has become increasingly narrow under the current government. This limited, timid approach is already having consequences.

It has led us into a diplomatic cul-de-sac with China, our largest trading partner. With India a lack of sustained interest in its economy makes our new-found enthusiasm for a deeper relationship appear delusional, ad hoc and opportunistic. In addition, Australia’s foreign policy establishment remains suspicious of initiatives and thinking sourced from beyond its limited realm.

In short our once lively debate about Australia’s place in the world now rarely exceeds the superficial.

This past week, the Asia Taskforce Final Report was released: “A Second Chance: How team Australia can succeed in Asia”. At its launch Minister for Trade Dan Tehan called on business to fill the vacuum created through the ongoing deterioration of our diplomatic relationship with China.

But this exhortation sits uneasily with his government’s lack of commitment to the grander “partnership” it envisioned in its own most recent foreign policy white paper released in 2017.

“The strength and diversity of Australia’s connections to the world,” the white paper asserted, “mean that partnerships between all levels of government, and between the Australian Government and business and civil society, are essential to effective foreign policy.” Since the release of the white paper, DFAT resources have been further reduced and its “Soft Power Review” discontinued.

The report is but another attempt to resuscitate a more inclusive approach to Australia’s international engagement. Since Gareth Evans was minister for foreign affairs in the Hawke and Keating governments there have been sporadic calls for a more inclusive, multifaceted, expansive form of diplomacy. Evans, foreign minister from 1988 to 1996, wanted more people — from the informed few to the uninvolved many — to participate in Australia’s international engagement. His remains an unfulfilled vision.

Instead, our approach is less ambitious, almost as if we accept our place as a billabong of the English-speaking world. Our international engagement is critical to our future prosperity and security, and we cannot accept the current trajectory. A different path, independent and creative, is available if we have the courage to take it.

There are recent, limited examples of an effective multi-channel approach. The AFL’s brief but intense engagement in China, for example, was notable for its contribution to the broader diplomatic relationship. It may be a model for a new kind of diplomacy, particularly with Australia’s pressing need to strengthen relationships in an uncertain region.

Over a five-year period from 2015, AFL was a backdrop for some of the brighter moments of a relationship under strain. Occurring too often to be happenstance, AFL featured in Australia Week in China (2016), Premier Li Keqiang’s state visit (2017), the government-to-government meeting that broke a nine-month freeze (2018), and the inaugural Festival of Australia (2019).

In a recent review of my book Port Adelaide to Shanghai: Taking Australia’s Game to the World, the AFR’s Michael Smith suggested that Australia’s football matches played in Shanghai were in effect “a new kind of diplomacy”. AFL created a novel channel of communication between two nations and a positive platform for the governments of Australia and China to engage each other.

This model has a broader application. A “Team Australia” approach should not be limited to business and government. In a contested region where Australia must work harder to strengthen its strategic and economic relationships, leveraging traditional channels of diplomacy with sport, the arts and cultural assets can give Australia an international edge.

This would be a new kind of diplomacy, where we would invest in festivals in Indonesia, India, China, Vietnam, the Republic of Korea, and Japan, with reciprocal festivals in Australia.

We would expand the New Colombo Plan, sending more Australian students to universities throughout Asia. Foundations would proliferate across Asia-Pacific, as would Australian film festivals and Australian studies centres, so more people would read Patrick White, Richard Flanagan and Alexis Wright.

Such additional channels of engagement abroad would also help make international affairs more accessible to mainstream Australia back home. Increasingly, Australia’s future success, to borrow from Allan Gyngell, “… depends on its capacity to understand the world outside and to respond effectively to it.”

A deeper understanding of our region would create a more enabling environment for effective foreign policy, one less susceptible to the kind of populist politics and hypocrisy that occasionally exposes Australia internationally.

In a modern Australia located close to the epicentre of geostrategic competition and exposed to trade, foreign policy should have the same status as economic and fiscal policy. Former prime minister Paul Keating’s commitment to economic reform guaranteed that “… if you walk into any pet shop in Australia, what the resident galah will be talking about is microeconomic policy”. Modern Australia needs more galahs discussing Australian foreign policy.

There was a time when our leaders worked towards a vision for an independent, omnidirectional, multifaceted Australian foreign policy. This vision was to some extent shared by successive prime ministers Gough Whitlam, Malcolm Fraser, Bob Hawke, and Paul Keating. All were implicated in evolving Australia’s place in the world and acknowledged the need to deepen the nation’s understanding of it.

A new kind of diplomacy has the potential to inspire the paradigm change we so desperately need, and radically enhance our prospects for prosperity and security in a rapidly changing world.

Andrew Hunter is the author of Port Adelaide to Shanghai: Taking Australia’s Game to the World and formerly senior adviser for international engagement in the office of South Australian Premier Jay Weatherill. 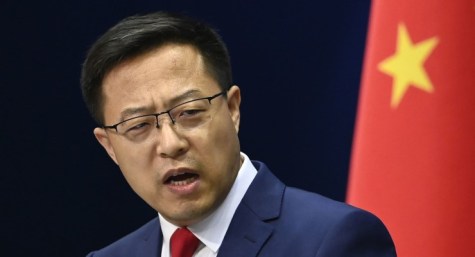 Confused about China? As political tensions rise, here’s a handy guide to navigating the Australia-Sino relationship 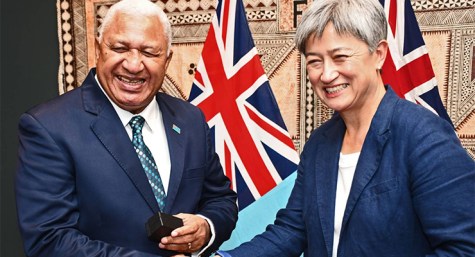 Australia’s Pacific neighbours want to be respected, not patronised

Biden asked to beef up military spending in Asia

With a population of around 1.5 B people China has excelled in making a better life for many. Anyone who has visited Shanghai over the past few years will know the miracle they have achieved. After all,they invented amongst many other firsts -Paper, the Compass,Gunpowder, Movable type etc etc.

We are ONLY having a problem with the Chinese at the direct prompting from war mongering USA. Obeying orders as usual even when it’s opposite to our best interests. As a junior pup in the 5 Eyes we are just a barking nuisance to the Chinese – who rightly have given our exporters a deserved whack.

Off course we should not let China dictate terms or take over -BUT Australian politicians have mainly as usual been stupid in following the USA. It’s interesting that NZ also 5 eyes has not had the same problem & their economy has benefitted.

We will see more of our ABC & SBS ratcheting up the anti Chinese narrative (Govt directive) -Unless we object & let them know it’s not what we the people want. The USA is losing it’s No 1 position & like a mad Bull it’s thrashing around looking to fight. Keep away !

Most demographers agree that the populations of India & China are around 1.4B but India’s is rising & China’s falling.
However, the age pyramid is wildly different.
China is older and becoming older – the median (38) age being 10yrs greater than India.
China has roughly 72% fewer under 29 than India.
China has 40% more over 30 than India.
Both countries have higher male population compare to female. With 108.18 males per 100 female, sex ratio of India is slightly higher than of China’s 105.32.
India is more than three times more dense than China as population density of India is 464 person per square km compare to 153 of China.
The biggest problem is that India is currently in the throes of religious mania, politicised as nationalism.
That, combined with the skewed sex ratio, never leads anywhere good.
Fun fact – there are more muslims in India than any other country.
None seek to emigrate to Pakistan – Jinnah’s the Land of the Pure.
I wonder why?