The removal of JobKeeper has been smooth and straightforward in much of Australia.

But in Victoria? There’s still a sizeable gap that JobKeeper was filling. The sound the local economy makes when it hits the ground could be horrible to hear.

JobKeeper has been gone for two weeks now. The payment to businesses to keep workers on the books was removed just before the end of March, meaning businesses needed to fund the payroll themselves, let staff go, or close the doors.

It’s not actually Victoria as a whole that will suffer. It’s Melbourne that’s the problem. It will be left behind in a JobKeeper-less recovery. The following graph tells the tale: Melbourne is still very dependent on government support. It has more businesses in COVID-affected industries and, most importantly, far more businesses still dependent on JobKeeper as of February this year.

Each dot on the above chart represents a region in Australia. They’re called SA4 regions, each contains about 100,000-500,000 people and they exist for the purposes of statistics. Melbourne has eight of them. (Two are purely city and six actually include both suburbs and the rural-urban fringe, with its horticulture and hobby farming businesses.) As you can see, all the Melbourne regions are relatively dependent on JobKeeper, as the red dots are further along the horizontal axis.

We have more evidence Melbourne is dependent on JobKeeper, because the Treasury releases a list of postcodes enumerating how many people are on JobKeeper in each. Melbourne 3000 is the first postcode on the list. Second is postcode 3029, which has the second largest number of people on JobKeeper in Australia. That covers a large area in Melbourne’s western suburbs and the rural fringe, where a lot of industrial and logistics businesses are based. Postcode 3029 was also the area with the highest number of COVID cases in Australia. They were doing it tough in 2020 and, thanks to the government’s removal of JobKeeper, they’re doing it tough again now.

Of the top 10 postcodes that depend on JobKeeper, seven are in Melbourne. It’s not really a national scheme any more, it is highly Victoria-centric. And given the weak electoral base the Coalition has in Victoria, that has perhaps not been good for the longevity of JobKeeper.

The graph above comes from the just-released Reserve Bank (RBA) Financial Stability Review. It argues that the firms that will go broke in the aftermath of government support ending will not be big household names, but small to medium enterprises (SMEs). Small shops, restaurants, couriers, etc. The kind whose bank debts are secured by the business owner’s house.

“The share of major banks’ SME lending with a relatively high probability of default has increased, suggesting that banks expect the performance of some SME loans to deteriorate,” the RBA says.

Banks could end up owning quite a few houses in Melbourne, especially in the highly exposed western suburbs.

The RBA’s financial stability review spells it out: “Some firms will find it challenging to continue to meet their existing expenses as the policy support measures are withdrawn if their trading conditions do not improve.”

But how will trading conditions improve with the borders closed, the vaccine rollout stalled and the other firms in the ecosystem also suffering from reduced support?

Insolvencies are rising in Australia. Not back to pre-COVID-19 levels yet, but rising off their lows. That can be expected to continue as the year develops. Some of the economic pain we deferred last year will come home to roost in 2021.

According to Jeff Borland, professor of economics at Melbourne University, jobs will be lost. Lots of them. Speaking before the scheme ended, he said: “My best guesstimate is that 125,000 to 250,000 persons might lose work when the program finishes at the end of March.”

His estimate is national, but what the graph above hints is that a lot of those lost jobs will be in Melbourne and, to a lesser extent, Sydney.

Is Melbourne able to absorb that hit? Despite what you might think, the unemployment rate in Victoria is lower than the national average, at 5.6%. That’s a hopeful sign. But the underemployment rate is the worst in the nation, as the next chart shows.

We will find out about the effect of the JobKeeper withdrawal only slowly. The story will be told in a series of economic data releases that surprise to the downside. Victoria got hit hardest by the pandemic, and Premier Daniel Andrews is still off work with a broken back. Expect the run of bad luck to continue. 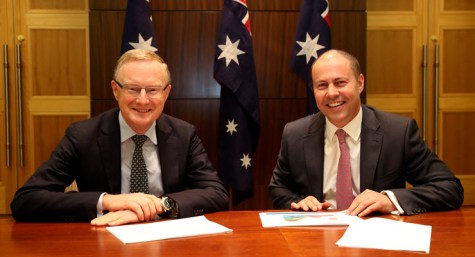 Is the economy already getting better? Let’s look at the data

Andrews has made Melbourne the next Detroit.

Morrison is punishing Victoria for ruining his plans to let covid run amok like his US & UK counterparts allowed.
He is furious that his ‘herd immunity’ experiment was stalled by the states, & Victoria is now experiencing the full fury of his wrath.