While the government has cheered the gig economy on, unions, courts and Labor have pushed back, with growing success.

What does it take to roll back precarious work and underpayment through the gig economy? Not, it seems, government action, but the threat of public scrutiny through a Senate committee process.

That’s already resulted in change, with Menulog declaring it was “morally obligated to do more” and announcing it would trial minimum wages and entitlements for its riders, in exchange for them working exclusively for the company. The TWU immediately welcomed the move and the fact that “socially conscious consumers” could use a service that “aligned with their values”.

Menulog also wants a new employment classification somewhere between a contractor and an employee. But it already employs riders directly in other countries.

The net is closing in on the scam that is the “gig economy” and its myth that workers are just rugged individualists who want nothing more than to be their own boss and ride round feeling the bracing winds of capitalism through their hair. The TWU is awaiting the decision in the case it brought against Deliveroo over the company’s sacking of rider Diego Franco. In the UK, Uber is dealing with the Supreme Court’s ruling that its drivers are employees — a resolution of a long-term and bitterly fought case. Uber has already settled one case here in order to prevent a court ruling on the status of its drivers.

With Menulog seizing the first mover advantage, it can now parade as the consumer choice of social consciousness, at the expense of competitors who continue to fight against workers.

The shift comes as wages growth in Australia continues to drag along at historical lows, not helped by the fact that many of the jobs created in 2020 as the economy plunged into and out of recession were gig economy jobs, not traditional employment.

The government’s attitude to precarious work has been to cheer it on and run scare stories about the costs of providing gig economy workers with the most basic of entitlements. That is, the gig economy is simply another front of the government’s war on wages, along with its support for penalty rate cuts, its opposition to minimum wage rises, its recent industrial relations bill and its bans on public sector pay rises. The pushback against the abuses of the gig economy has instead come from unions, Labor and the courts, where Uber’s claims to be just a humble platform linking consumers and providers have been openly mocked.

Now the industry’s claims have been undermined by one of its own members. What will further Senate hearings elicit from other companies?

Are you more likely to use a ridesharing or food delivery service that provides better wages and support to its drivers? Let us know your thoughts by writing to letters@crikey.com.au. Please include your full name to be considered for publication in Crikey’s Your Say section. 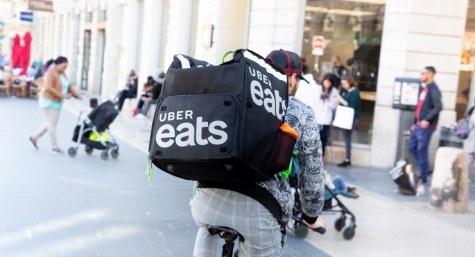 Gig economy saves the jobs market — a sign of things to come?

Thanks for covering this story. Piecework is such an old (and damaging) way to be employed. It’s important that we not allow ourselves to be tricked by an app into thinking it is an innovation. I currently only use menulog only for businesses that are listed as using their own staff to deliver. (I will admit to have broken this rule twice.) I look forward to more change in this sector.

Absolutely right. The ‘app’ innovation line is a total furphy. They have gained dominance through massive marketing, that’s all. These vultures aren’t just ripping off their workers, they are killing restaurants and cafes and draining big dollars out of the Australian economy through their 35% ‘take it or leave it’ cut from the cost of the meal. Given the appalling wages probably half of that goes back to Silicon Valley or the City of London so that some egomaniac master of the universe can buy themselves another jet. If the Federal Govt wants to help the hospitality economy recover from COVID then start by regulating the cut that these outfits take from small businesses – as well ensuring minimum conditions for their workers. In the meantime do what AlexandraM does and order direct with the restaurants that use their own employees to deliver – or maybe even, wow, pick it up. Unfortunately, Josh won’t take any action unless NewsCorp starts buying up restaurants. So it’s down to us. Use your small but sovereign personal action to push back against these toxic behemoths that have got us by the throat.

When faced with an empty cupboard and inclement weather I must admit to having used Uber and Menulog a handful of times. But I’ve always felt a bit dirty doing so given what’s been reported about the conditions their “contractors” are employed under (and so have tried to assuage my guilt through tipping). I’d still tip but would definitely prioritise Menulog over others if they offered a better contract.

Well done Menulog. Real choice now for those who use these services.

One wouldn’t assume it’s all smelling of roses in other sectors and that gig work whether cafe, bar, aged care, cleaning, labouring, farm work or logistics is intrinsically bad.

If one is or has been a student or retiree, it can fit well with program, but if looking for full time and/or permanent employment, not.

Another issue is data i.e. what proportion are e.g. int’l students &/or backpackers vs. locals? It’s important because students only have part time work rights, <40 hours per fortnight during term on student visa, unlimited during vacations.