How being an ‘angry’, ‘bitter’ and ‘dangerous’ woman got Samantha Connor a royal commission into disability deaths

'I’m called a dangerous woman and regarded as such ... men warn each other about me which is fucking great.'

Anger is an emotion we’re rarely told to express. Passionate women and people of colour are often framed as outspoken, enraged, shrill or resentful. Their fights are discredited the second they raise their voice.

This week Crikey spoke with Samantha Connor, the president of People with Disabilities Australia, about what’s got her riled up this week — and when anger has worked in her favour.

Crikey: Have you been called an “angry woman” before?

Samantha Connor: It’s a bit different for cripples. We get told that we’re bitter and angry. The angry cripple thing is a bit of a trope — we don’t get the “hysterical” thing or the “emotional” thing because apparently, we’re not really women. We get called “bitter” about our circumstances or we get called a “victim”.

When has anger worked in your favour?

[In February 2019, then attorney-general] Christian Porter said something incredibly shit about not having a royal commission [into deaths of people with disabilities]. And I just cracked it and I said “fuck it, I’m flying to Canberra [from WA] right now”. I was like, “I’ve got money to get there. Future Sam is going to worry about getting back”.

Greens Senator Jordon Steele-John had read the names of disabled [people who had died as a result of violence, abuse or neglect in institutional and residential settings] out in Parliament [in September 2018].

We met Jordon … and we got his internal phone list off his desk like, “Jordan, we’re taking this”. Then we rang up all the politicians to arrange meetings. We had wheelchairs zooming all over Parliament.

Once we were all there they really couldn’t say no. They were staring down the barrel of these disabled people — people who are visibly disabled so there’s lots of media attention.

Note: soon after her visit, the Morrison government announced the Royal Commission into Violence, Abuse, Neglect and Exploitation of People with Disabilities.

What’s the worst thing someone could say to you when you’re fighting for a cause?

As autistic women, we’re quite often rude or blunt. We’re constantly in trouble. We don’t particularly care about the number of friends that we have because you can’t or you’d be crying your eyes out the whole time. You quite often find that if someone’s dumped you or one of your friends suddenly hates you you don’t really know what you’ve done.

It’s quite a normal thing to be unpopular. I don’t care because I’m autistic, so I don’t really care what people think.

What’s got you riled up this week?

The biggest thing that I’m angry about is the commodifying of disabled people. The [National Disability Insurance] scheme was supposed to be about giving disabled people a better life and being able to uphold our rights, but it’s been commodified for the sake of business and for rich men to get richer. 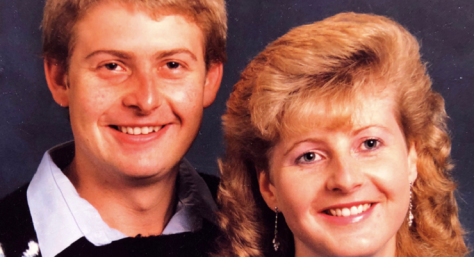 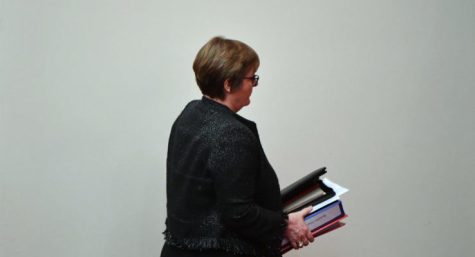 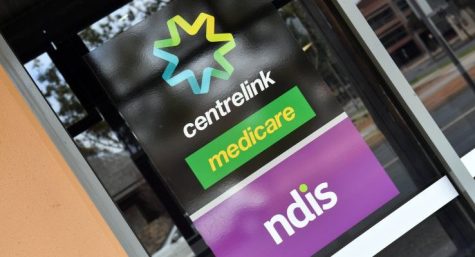 Good on you, Samantha. Never give in to the bullies because people who try to make you feel less important to this world than you truly are, it’s them who are less than they should be. You rock, lady.

Go Sam! Thanks Amber, a great report of the thinking of a great activist.

Great! Positive action gets the result. If it takes anger to bring on positive action then get angry. There’s been lots of anger recently, but no real action, I don’t know why. Why?

“NDIS commodified for the sake of business and for the rich men to get richer” Ouch. I am sorry to hear about that. I thought it would be a good deal and was just having teething problems. So what do we do about it Sam? What is the solution? Is it simple or incredibly complex?

Sadly Sam is right. The LNP manage to trash everything they touch. We will have to fight very hard to retain what we have as the LNP are sharpening the knives, ready to hack into the NDIS as I type. They plan to cut the NDIS back to next to nothing. They are monsters. Really.