If the government wants to crack down on social media, it should start inside its own ranks. Plus other tips from the Crikey bunker.

Paying the troll Taking its cue from various commentators who are able to parlay getting dragged on Twitter for a day or two into a piece about the decay of society, the government has really been leaning into the idea that the real evil in society is social media.

First, there was Scott Morrison’s sudden interest in the subject when he was engulfed in the various other disasters in recent weeks. Then Peter Dutton suddenly started threatening to sue anonymous people on Twitter. Meanwhile Women’s Safety Minister Anne Ruston has told Sky News about those cowards hiding “behind anonymous Twitter handles”, apparently, hurling abuse at new Assistant Minister for Women Amanda Stoker.

Of course if anyone knows about the dangers of sock puppet accounts, it’s Stoker. She spent a lot of time commenting on her own posts as “Mandy Jane” back in 2018. Stoker said this was just her personal account, which could certainly be the case. Although, it would mean she likes to refer to herself in the third person like a pro wrestler.

Then there’s Angus Taylor, whose sock puppet dexterity is not always “fantastic”; and perpetual embarrassment machine Andrew Laming, who is currently being investigated by the Australian Electoral Commission for his more than 30 anonymous accounts.

Cancel culture uncancelled As bored as we are with the debate, we do wish that The Australian would make up its mind: is cancel culture a civilisational threat worthy of Niemoller’s lament? Or do the three consecutive stories regarding possible Labor senate candidate Josh Bornstein’s Twitter feed indicate that, actually, someone being shitty on social media several years ago is actually worth bringing to public attention, even if it affects their employment prospects?

A gutful of Gutfeld! We here in the Crikey bunker have never been particularly sold on the idea that the only reason there aren’t more right-wing comedians is that “progressives are just funnier” (have you seen Seth Meyers?). And it’s not as though the modern left are free of traits ripe for parody — just check out Why Are You Like This. So what a disappointment it must be for comedy-craving conservatives that they finally have their Fox News equivalent of the Daily Show and it’s… terrible.

Humour is subjective, sure, but you probably won’t like Gutfeld! unless joke-free rants in favour of Georgia’s new voting laws are your thing. There’s a cumulative amateurishness to the whole thing: the stilted delivery, the nervous quiet laughter of the audience, the Garfield-like cartoony title card, exclamation point and all. Taken as a whole, the embarrassment of it all may cause your brain to curl at the edges and blow away like a dead leaf.

Could they find no room in their definition of “Team Australia” for the expertise of anyone, you know, from Asia?

Holgate-gate This morning’s piece in The Australian regarding Christine Holgate’s 150-page submission to the upcoming inquiry into Australia Post contains a suggestive line: “On one crucial point however, her resignation, Christine Holgate could and should have been better advised. And it involves not company law but employment law.”

Generally the offer of resignation, regardless of the circumstances, precludes most of the action you can take (say, unfair dismissal or unlawful dismissal). The exception is what’s known as constructive dismissal — where an employee argues that the workplace has been made so toxic that their employer forced a resignation from them. It is often so hard to prove as to be pointless to pursue. But then, usually a resignation isn’t preceded by a slating from the prime minister in question time. 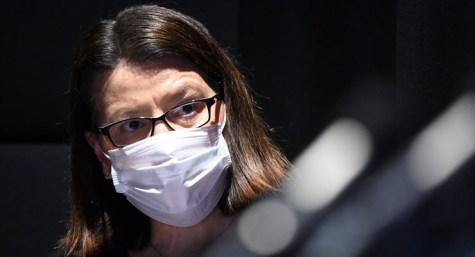 Tips and Murmurs: Pericles is cancelled … a doc is docked … job of the year 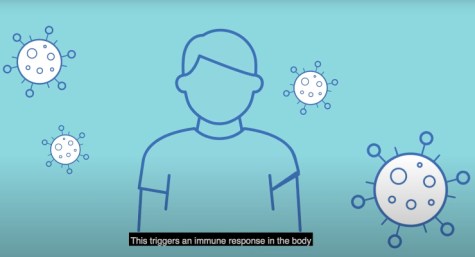 please, please – will someone fill scomo’s facemask with contact adhesive and shut him up for a month or so…

Scomo, the mouth without a brain (MWAB).

Maybe all public servants who received bonuses should have them publicly listed and the reason why!

Now that could be some good reading.

I’d pay to read such a listing.

Peter Dutton has taken the title Defence Minister literally. He thinks he is Minister of ‘defence’ on every level not just of the Defence force. Porky pies and potato mess, sorry mash, is what we will be fed.

That’s what they do. Get a talented business person, and a women to boot, literally, to increase profits, which she did, for a kind of Gvt org which was becoming redundant. The board then boots her out, because that’s what really happened, so the board can reap the benefits until they trash the good work and leave the lame duck to find another board to do the same thing all over again. Christine was played by politics and boards or directors. It’s a great way to make money when you are talentless and wish to spread the blame or reap the benefits when an org/company is at its heights or at its lows. Next comes the mergers and a brand new name.