Government finally responds to Respect@Work sexual harassment report, accepting all 55 recommendations (at least in part or in principle).

It took more than a year but the government has finally decided to respond to Australia’s landmark workplace sexual harassment Respect@Work report released by sex discrimination commissioner Kate Jenkins in early March 2020.

Prime Minister Scott Morrison announced with Attorney-General Michaelia Cash this morning that the government would accept all of the report’s 55 recommendations “wholly, in part, or in principle” through a “roadmap to respect”. The goal is to introduce legislative changes before the next budget to simplify and streamline sexual harassment legislation.

Morrison continued to blame the pandemic for not responding to the inquiry sooner, pointing to (paltry) funding made available to domestic violence organisations as “action”. He again blamed social media for a lack of respect among Australians.

It comes a day after the government launched a national survey on how to end domestic and family violence, asking respondents to rank the importance “perpetrators are held to account” and victims “are heard and have their experiences acknowledged” from highly relevant to not relevant.

No exemption for parliamentarians

Parliament House will be subjected to the same duties as an employer and workplace under the new laws. State public servants were previously exempt from sexual harassment penalties due to parliamentary privilege, with MPs unable to be removed from office.

“There would be consequences for any members of Parliament themselves … found to have breached the Sexual Discrimination Act.”

MPs and senators will act as employers in charge of taking action with the legislation.

Serious misconduct to be grounds for dismissal

An additional recommendation of the report was that all Australian governments and jurisdictions ensure children and young people receive age-appropriate, evidence-based and school-based respectful relationship education to address the drivers of gender-based violence.

Morrison said he is “open” to public information campaigns to help address unconscious behaviour, saying it “all starts with disrespect”.

He also said he would consider increasing funding for frontline services but pointed to unspent pandemic-related domestic violence funding by states and territories.

Is the government’s push an honest one, and will it make a difference? Let us know your thoughts by writing to letters@crikey.com.au. Please include your full name to be considered for publication in Crikey’s Your Say section. 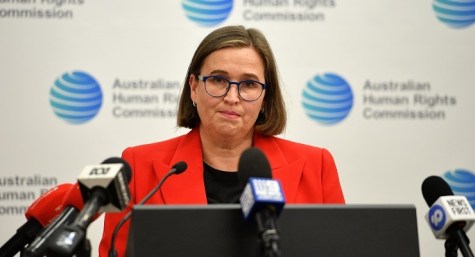 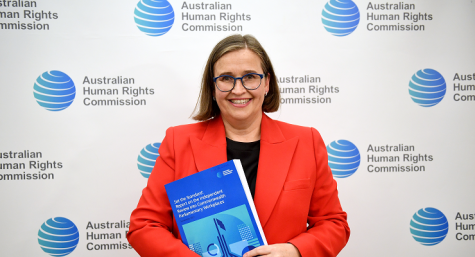 My main take away from this morning’s endless theatrical performance was the MoCash duo’s attraction to mansplaining repetition, individually and in concert. Apart from that just lots of vague plans, further committee studies, more reports, reminders that everyone else is also responsible, the parsing of unidentified report recommendations into three groups – “Yes”, “Maybe”,”Have no idea after a year” – followed by the palpable avoidance of linking the fate of current clear and present dangers in the LNP parliamentary groups to any of the recommendations or MoCash expressed sentiments for pro-active change.
Morrison pointed to the continuation of the longstanding “Principles” which have guided his government. This surprised me as I thought that the application of the government’s long standing principles were the prime reason we have ended up in this mess of rorts, waste of public funds, appalling personal behaviour, denial of responsibility and failure to apply societal norms to Morrison’s fellow travellers.
Just more of the same verbal smoke screening of inaction from the Morrison government. Respect@Work? How about some Respect@Government!

I watched the punch and judy show this morning and thought that has to be contributing to Australia’s CO2 emissions.

Kicking the can down the road and into a maze of committees,the Respect @ Work is just another cover for the toxic, sexist, discriminatory workplaces run in parliament.

Had Michaela Cash made time to give a sworn statement to the AFP regarding her office leaking information which could have endangered the lives of the AFP officers?

Would Michaela Cash care to update us on the workplace harassment/ bullying case that she has been sued for?

Bang The Drum
Reply to  Rorted

Thanks for pointing out the longstanding principles bit ,Morrison is so busy talking tripe I don’t think he even knows he is doing it

What a dynamic duo – meanwhile the back-room spinners will be flat out devising ways to spin this newly-found sense of responsibility without actually doing anything…..

How many of the Hayne Royal Commission’s recommendations has the government implemented after “accepting” most of them?

Who knew Judges and MPs were exempt from penalties of sexual harassment and why?

wholly – okay
in part – not great
in principal – worthless

Accept – think about but do nothing
Reject – do nothing without thinking