Readers on what needs to be done to fix sexism in Australia, and frustration with what looks to be a continued uphill battle.

We asked, you answered. Crikey readers came out in force to reply to our #MeTooWhere series, providing suggestions on paths forward for Australia in the fight against sexual violence, tackling sexism in government, and arguing why, above all, we need to keep fighting.

Ann Donaldson writes: You asked our ideas for actions the women’s justice movement should be aiming for. Off the top of my head, I’d say these should be some of the first priorities:

If any of these seem far-fetched, perhaps we should advocate for:

These must all be reasonable measures to expect, given that each has been applied to segments of the Australian population.

Cate Cooper writes: I’m inspired to write to you following the publication of your #MeTooWhere series. Whilst I agree to all the recommendations in part five — including implementation of all of the United Nation’s Convention on the Elimination of All Forms of Discrimination against Women recommendations and the government actioning all 55 recommendations from last year’s workplace sexual harassment Respect@Work report, and perhaps most important of all, the introduction of free childcare for all parents both pre-school and after hours — there is further work to do.

I firmly believe that behaviours resulting from power and privilege in Australian society are learned behaviours. Kids who bully, disrespect or practice other antisocial behaviours in school learn these “skills” from someone, either a parent, a sibling, or other “role model” — and whether these behaviours are managed sympathetically and successfully, or not, determines the quality of adult citizen and community members Australia ends up with.

My opinion is that a class should be included in school curriculums for all ages (perhaps just 30 minutes a week at younger years, and increasing to a double lesson in the high school years), which should address not just all forms of power and privilege, but also include classes on consent in all its forms, personal money management, voting systems, drugs and alcohol, and mental and physical health.

Surely giving kids the education they need to become good citizens is worth whatever price is paid, and is an investment in the future. Any homework received should be designed to include the whole family where possible. At the moment it seems we are stuck in a rut with only internet safety being considered important enough to include the parents as well.

Kaye Beckwith writes: Less than a month ago at short notice, 100,000 women [joined] the March4Justice, and for every woman who marched, hundreds more remembered the generations of women who suffered to get a vote, marched against wars, rape in war, for reconciliation, reclaiming the night, Black Lives Matter, Me Too, etc. So many, many marches for basic decency for all.

And now I hear good men telling women what we are asking for is a cultural change — and what is more, we will fail without a specific objective. Which issue would they recommend? A minister’s office in our federal Parliament being allegedly used for rape, allegations of historic rapes within Parliament, a prime minister treated with such puerile disrespect she eventually called misogyny, the High Court, ordained men, men in holy orders reportedly abusing our sons and daughters within our institutions of care, generations of our Indigenous sisters grossly and irresponsibly misused by rural men, sports officials with a duty of care to our young?

The sickeningly long list goes on, while we have a police force and legal system seemingly complicit in this criminal behaviour.

This hush, wink wink, ongoing leery behaviour of Australian men has now reached the stage where their north shore, privately-educated sons feel quite free to sexually abuse thousands of their beloved daughters — and so another generation of privileged young males is secure in the knowledge they have little to fear.

Perhaps the good men in our society are right, when even the fathers of these schoolgirls are silent and we women are expected to again mend their sick society, though not disrupt it. How to effect cultural change? Perpetrators have to be brought to justice, sacked, or give reason why they should not be made accountable. Remove the deliberate disincentives to do so.

Another proposal is for the women from the three tiers of government to withdraw from their present party allegiances to form alternative political power structures and so threaten entrenched political party power. Good men welcome to join. And to back them up, for all women who are able to stand aside, go slow, strike, withdraw their labour — until the anointed get the message that we have had enough. It is time for change.

Robin Purvis writes: I have appreciated your articles covering the recent and current outrage re appalling and endemic male behaviours and societal collusion. Like you point out and so many of us feel, it is important to keep the momentum up. It would be so disheartening if significant change outcomes were not to occur.

I am a woman of 72 years and have worked with domestic violence, adult, and child sexual abuse for over 45 years and am well versed in community and systems denial in relation to the abuses of women and children and male victims. I agree that “Me Too lacks both government support and specificity”. As an early campaigner with so many of my generation, the women’s movement in Australia commencing in the late 1960s had a long, hard struggle to effect change. There was no government support and less societal support than there is in this current climate.

On viewing the excellent documentary Brazen Hussies I was reminded of the role of WEL, the Women’s Electoral Lobby, in shaping community awareness and influencing politicians. That, along with the fortuitous election win of Gough Whitlam allowed for significant changes, married women being able to work, equal pay clearly on the agenda, introduction of the Supporting Parent’s Benefit, anti-discrimination legislation, women being able to borrow money in their own right and many more, which then occurred in about the mid-’70s.

I feel we do have a more receptive community at this point to support much needed change. You are correct though that we need a more focussed movement — protest is not enough. A political-outcome-focused women’s organisation, such as the role played by WEL in the 1970’s is what is needed. Your writing is really assisting to keep these issues alive and hopefully increasingly outcomes-focused.

Have anything to add? Let us know your thoughts by writing to letters@crikey.com.au. Please include your full name to be considered for publication in Crikey’s Your Say section. 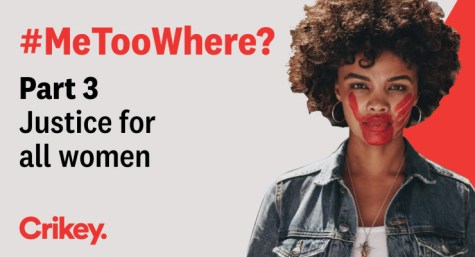 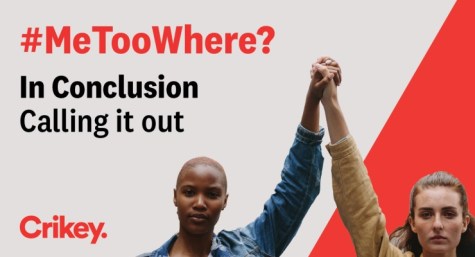 The two major political parties greatly fear a third party coming along and holding the balance of power. They saw off the Democrats, now they’re seeing off the Greens (they hope). A party of women for justice would truly terrify them.

The letters here are very eloquent. Many women make great leaders. Surely there’s someone out there with the money to make it happen.

To more actively express our contempt for the political class, we need to more aggressively assert our insistence on reasonable standards.

Those prominent individuals refusing to deal with Christian Porter are IMHO setting EXACTLY the right standard.  Power-brokers  treat us with contempt because they are protected and rewarded for doing so.  They have long discovered that they can exploit their power to normalise even the most appalling behaviour.  We need, together, to reject their status, despite the reality that they will aggressively abuse their power to hurt those who fail to fawn and flatter.

We could – should – also refuse to invite any reactionary (Labor + Liberal + National Party + One Nation + NXT) politician to any function we hold. We can press all the organisations to which we belong to do likewise.  We can complain about our and other organisations having politicians open or chair events. Demand that more such space be given to those public figures accepted as being non-partisan.

Where are any calls for the resignation of the senior managers and politicians responsible for these shambles?  Too often we stop well short even of criticising them.