An artwork at ANU's aMBUSH Gallery has been removed after 'unintended hurt caused to the Chinese community'. Plus, other tips and murmurs from the Crikey bunker.

I don’t know art, but I know what I don’t like Running parallel to the recent Dark Mofo controversy has been the smaller but maybe no less significant saga at ANU’s aMBUSH Gallery. As part of an exhibition called “Don’t Shoot the Messenger” — a commentary on “the rise of authoritarianism” — artist Luke Cornish included various provocations. This included as an artwork with the caption: “By no means is the artist encouraging anybody to stab Rupert Murdoch in the head, merely posing the question ‘If that was to happen’ would the world be a better place?”

But one piece apparently went too far: it depicted Winnie the Pooh strangling Tigger on a Chinese banknote, an apparent reference to the treatment of the Uyghur minority in China. After complaints on social media, it was removed.

“We removed an artwork series from the exhibition after some feedback, the decision was based around unintended hurt caused to the Chinese community who felt the work was feeding into negative racial narratives,” the gallery said.

But it’s unclear which narratives, exactly. Winnie the Pooh has for a long time been used as a satirical stand-in for President Xi Jinping in particular, not Chinese people in general. And as Steve Evans points out in The Canberra Times, equally or more offensive pieces aimed at more obvious middlebrow progressive targets like Murdoch, Margaret Court and Christianity all survived.

Attendees at Rinehart’s virtual book launch apparently told Sky that “laughter was desperately needed in an era of political correctness”. The book providing such laughter appears to be a collection of Facebook posts about socialism and vegans:

We’ll be interested to see if it contains anything of equivalent ambition as working phrases like “short-term foreign workers” and “special economic zones” into rhyming verse.

Don’t know him from Adam Bringing the same rigour and curiosity that he previously brought to the economics desk, The Australian‘s new Washington correspondent Adam Creighton this weekend took time out from retweeting people who praise his work to weigh in on the debate around Georgia’s new election laws.

Responding to the criticism that the measure’s requirement that absentee voters provide photo ID is effectively voter suppression aimed at people of colour, Creighton shrugged. If it’s good enough for Australia, why not the US?

When several people got in contact to point out that it was in no way normal to have to provide a driver’s license before voting, he shrugged once more: “It’s not a legal requirement to show it, apparently. I’ve always shown mine so thought it was normal.”

All this of course bodes brilliantly for his work from the US capital. His first story dropped this morning, and it’s a doozy. The central thesis is summed up in the line “Deaths are sad, but COVID-19 has taken far more than loved ones”. The story finishes by plucking some John Stuart Mill and Alexis de Tocqueville from the Penguin Book of Quotations for Freedom-Loving Columnists. 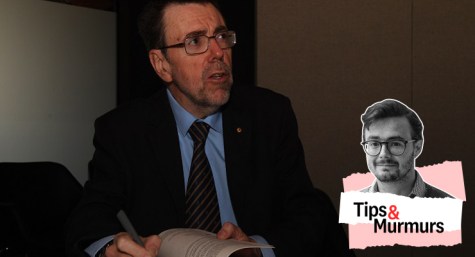 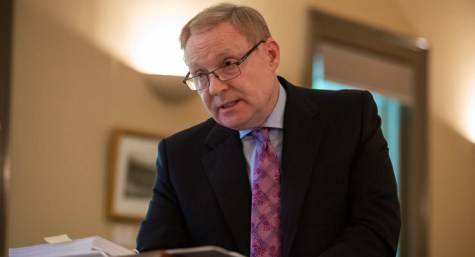 Having a great pandemic, an SC tweets, and bunfight at the Oz 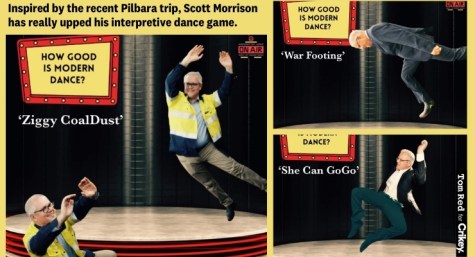 When an election official demanded to see a drivers licence before entering the polling station the Electoral Commission was onto to her supervisor in 5 minutes flat to remind her that your attendance at the vote is by verbal recognition. Russians in Australia often bring notice of enrolment. People of anglo descent arrive at polling booths without id, especially Liberal voters.

Apart from being incorrect in law, a demand to see a driver’s licence shows a failure to understand that non citizens, eg 457 visa truck drivers, often have one.

I see the flaw in his logic: “if I do it then it must be normal”.

I would have thought it a solid contraindication.

Is it just that any conservative media blowhard will say anything to get “famous”? Perhaps we can call it Piers Morgan syndrome.

Creighton needs to read Judith Brett’s book, From Secret Ballot to Democracy Sausage, to understand the system of running elections here and the rationale behind it (a much better system than the US one).